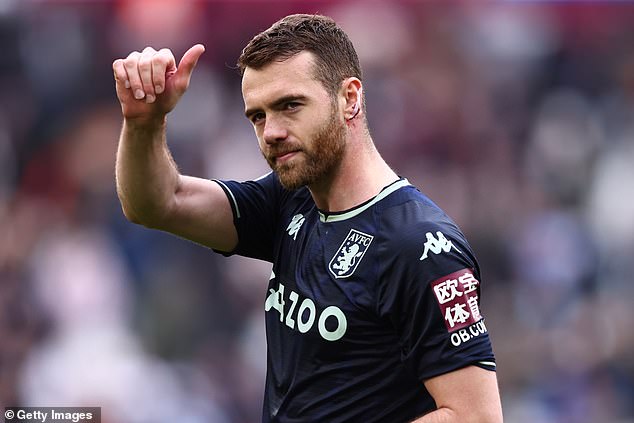 By Adrian Kajumba And Tom Collomosse For The Daily Mail

Calum Chambers is hopeful of being fit for Aston Villa’s clash with former club Arsenal despite needing stitches in a facial injury.

The defender was involved in a tussle with West Ham’s Craig Dawson, described by Villa boss Steven Gerrard as a ‘forearm smash’, which required repairs after the Hammers won a bruising encounter 2-1.

Chambers is not the only injury fear for Gerrard as he tries to improve his side’s poor record against teams above them in the table, with Arsenal arriving at Villa Park after five straight wins.

Lucas Digne is likely to be absent for at least three weeks after damaging a hamstring at the London Stadium while midfielder Douglas Luiz is also doubt as he too suffered a facial injury.

Ninth-placed Villa have lost nine of their 11 matches this season against the current top eight and Gerrard will be backed in the transfer market this summer as the club try to bridge the gap to the elite.

The former Rangers manager has targeted a centre-back, a holding midfielder and a wide attacker before the start of next season, with Sportsmail reporting last Saturday that England international Kalvin Phillips will be prominent in their thinking, especially if Leeds are relegated. 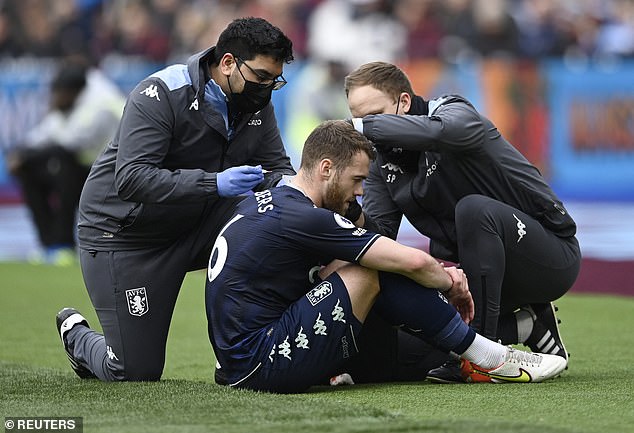