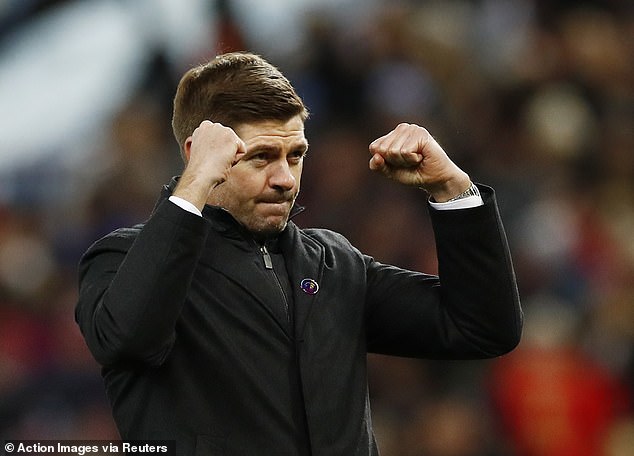 Steven Gerrard has vowed to handle the emotion of his first game at Liverpool as an opposing manager after leading Aston Villa to their third win his first four matches.

Ezri Konsa scored twice as Villa fought back from Harvey Barnes’ opener to move in the top half of the table, above opponents Leicester on goal difference.

Now Gerrard will focus on Villa’s trip to Anfield on Saturday. Gerrard spent 17 years as a first-team player at Liverpool and is one of their greatest captains, yet he insists Villa will be his sole concern when they take on Jurgen Klopp’s team. 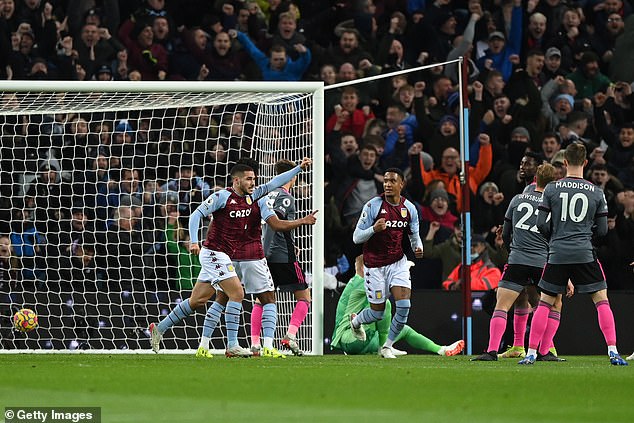 Gerrard’s Aston Villa side now face the Reds after their third win in four, a 2-1 win vs Leicester 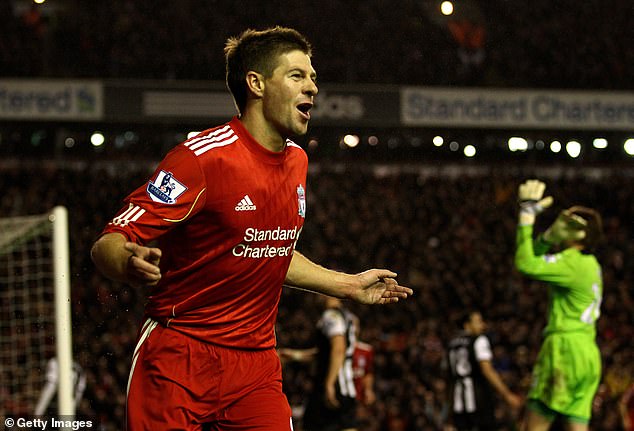 ‘We’ll go to Anfield and try to make it as difficult as we can as we fight for every point available,’ said Gerrard. ‘In terms of the emotions, that’s for me deal to with.

‘It’s about the team and preparing them well to get a result. I will not make it about me. If others do, I can’t control that, but it’s about us going there with confidence and belief.’

Gerrard revealed he had to read the riot act to his team at the interval as he was unhappy with their first-half display.

Those comments came although they were denied the lead only because Jacob Ramsey’s effort in stoppage time was ruled out for a foul on Kasper Schmeichel. 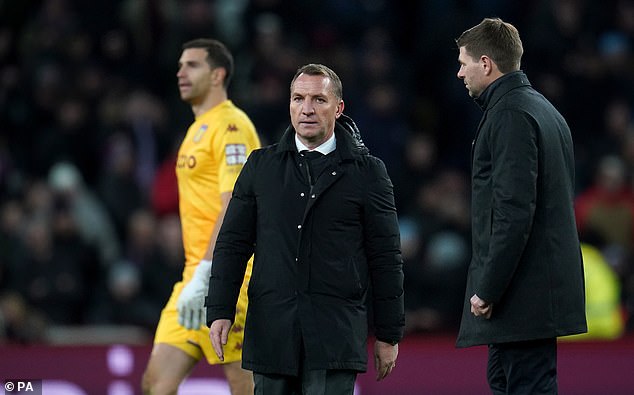 ‘I had to demand a reaction,’ he said. ‘We can’t wait until half-time for me to get into them. We need to be better over the 90 minutes.

‘We weren’t at our best for the first 45 minutes, when we were quite passive and open. There are a lot of teething problems to iron out but I am delighted with the win. Nine points out of 12 is a big start.’

Brendan Rodgers was as frustrated as Gerrard as Leicester conceded from a set piece for the 10th time in the league this term.

He added: ‘Our Achilles heel is our defending at set pieces. It can sap the confidence out of the team but you have to do your job. It’s something we have to fix.’