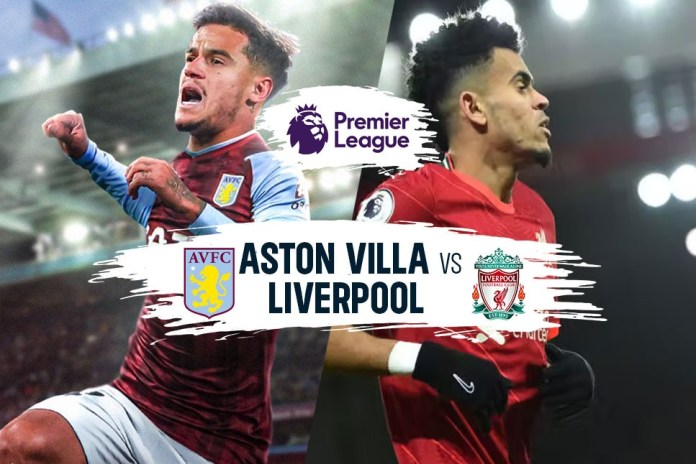 Aston Villa vs Liverpool LIVE: Liverpool legend Steven Gerrard will seek to put another dent in his former club’s Premier League title hopes when Liverpool travel to Aston Villa on Tuesday evening. The Villians eased to a 3-1 success at Burnley at the weekend, while Jurgen Klopp’s side were forced to accept a point in a 1-1 draw with Tottenham Hotspur. Follow Live Premier League Updates on InsideSport.IN

Villa boss Gerrard has no fresh injury concerns to report from the weekend, but midfield starlet Jacob Ramsey missed out after suffering a groin injury in training and is once again absent.

Kortney Hause‘s abdominal problem will likely keep him sidelined a little while longer too, and it remains to be seen if Leon Bailey will recover from an ankle injury in time to play again before the campaign concludes.

Ex-Liverpool man Philippe Coutinho was dropped to the bench for the win over Burnley, and Gerrard will be hesitant to tinker with a winning formula despite the quick turnaround, as another former Red in Danny Ings spearheads the charge.

As far as Liverpool are concerned, Roberto Firmino returned to training before the Tottenham win, and while he was not risked for the contest, he should be able to apply for a place in the squad this week.

Klopp has no other injury concerns to work around but is sure to consider some alterations with the FA Cup final in mind, as Joe Gomez and Kostas Tsimikas seek starts in the full-back areas.

Naby Keita and Diogo Jota can also feel optimistic about their chances of starting this week, while Ibrahima Konate was given the nod for the Tottenham draw but may now cede his spot to the returning Joel Matip.

Aston Villa vs Liverpool LIVE: When and where to watch the live streaming of Premier League matches?

When will Aston Villa vs Liverpool kick-off in the Premier League? – Date
AVL vs LIV match will be played on 11th May 2022

What time will Aston Villa vs Liverpool kick-off? Time
AVL vs LIV will begin at 12:30 AM IST

Where will Aston Villa vs Liverpool be played? – Venue
The game will kick-off at Villa Park (Aston Villa)

Premier League: Who will be the Match official? Referee
Jonathan Moss will be in charge of Aston Villa vs Liverpool

Which TV Channel will telecast Aston Villa vs Liverpool live?