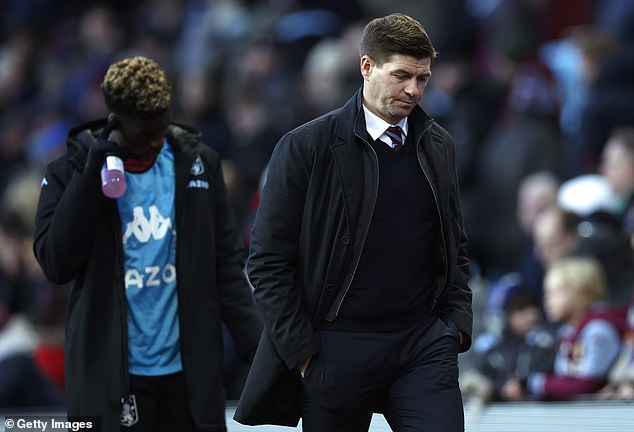 All is not well at Aston Villa – again. After sacking Dean Smith in November following five consecutive defeats the West Midlands outfit appear to have stumbled into another slump.

This time it’s Steven Gerrard’s name on the manager’s door, who after making a positive start is now facing the first test of his managerial skills in the Premier League.

A glance at Villa’s form doesn’t make pleasant reading. Just one win in eight since Christmas – keeping just the one clean sheet in that time – and they have failed to score in their two most recent games.

The latest of those has been the most damaging though and has raised alarm bells with Villa going down 1-0 in front of their home fans against Watford.

That’s a Watford side who ahead of the game had been on a winless run of 12 matches in all competitions, just two of which had been draws.

For Roy Hodgson’s side to then turn up at Villa Park and slickly counter attack their way to victory like a prime 1990s Serie A side was just a little too much for fans who responded with boos and jeers at Gerrard’s strugglers.

So what is going wrong at Villa Park? Sportsmail looks at the biggest issues Gerrard will need to assess. 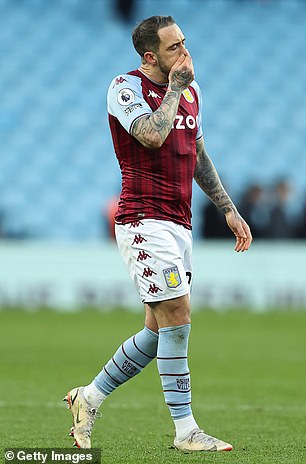 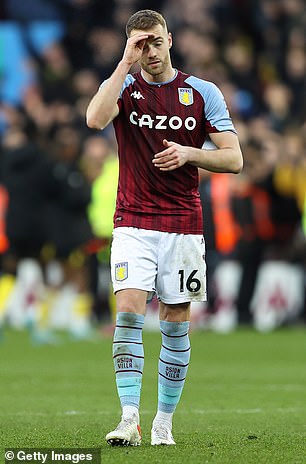 From defence to attack, Villa appear to be struggling across many areas of the pitch

Time to drop the captain?

Villa’s one win in eight run has also seen them lose five times, and a strategy to stop losing rather than start winning has often been the starting point for many managers looking for a turnaround.

While the defence isn’t quite at the stage where it has more holes than a tennis racket, one clean sheet in eight also translates to 13 goals conceded in that same period. It all accumulates.

Gerrard’s first six games as boss after replacing Smith saw his defensive line only get breached five times in six matches – and that included games against England’s finest including Manchester City and Liverpool.

So something has gone wrong and according to former Villa midfielder Paul Merson it may be have something to do with the form of centre-back Tyrone Mings. 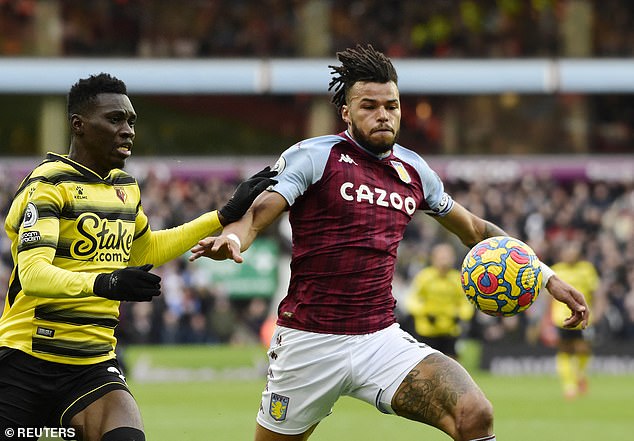 ‘Defensively, I don’t think they have been good enough,’ Merson told Sky Sports via Birmingham World ahead of the defeat by Watford.

‘They don’t keep enough clean sheets and are all over the place, at times, so that needs to turn around, but I’m sure they will stay up.

‘Tyrone Mings has been poor, if I’m honest, and he’s the culprit for a lot of the goals they have let in recently. Steven Gerrard might have to pull him out of the team, in my opinion.

‘He might be the one that could need to be left out; for a game or two. I think he’s been really struggling for form.’

Ezri Konsa has been suspended for the recent back-to-back defeats and still has another game to serve, and it would be a very risky gamble for Gerrard to drop England international Mings ahead of a trip to Brighton.

Not only is Mings arguably the club’s best defender but he is also the captain and even if short term the move may work out for Gerrard, it doesn’t sound like an excellent long-term strategy.

Tweaking formations or playing an extra holding midfielder could offer potential solutions, but even these carry their own concerns… 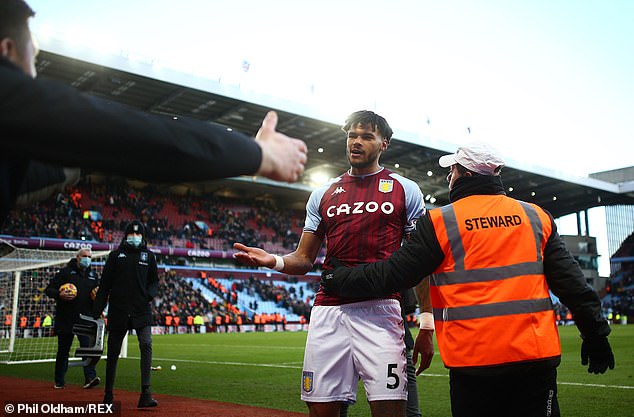 If Gerrard wanted to deploy two defensive midfielder to aid his struggling backline, who does he call upon?

Douglas Luiz is the best choice but even he doesn’t look fully comfortable in the role, let alone now finding two players capable of covering an out-of-sorts defence.

There’s promise around Villa Park over 18-year-old Carney Chukwuemeka, but he has just 188 minutes of Premier League football under him this season.

He may be good enough, but Gerrard clearly feels he is not quite ready for a full exposure to the first team just yet and the perceived wisdom in football is you bleed youngsters into a winning team, not one trying to arrest a slide in form. 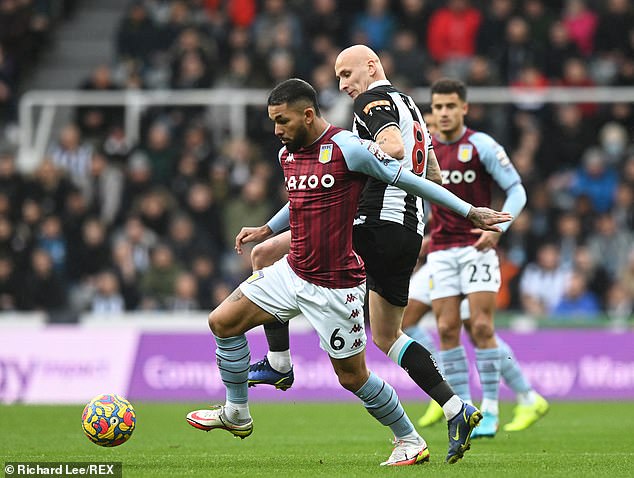 Other than youth stars though there is not much else to scratch at without severely upsetting other areas of the side.

It’s arguably the biggest squad problem Villa have right now and one they seemingly tried to address by attempting in vain to sign Brighton’s Mali midfielder Yves Bissouma last month.

But with the transfer window having long since closed, it’s one they will have to sit on until at least the summer when they will no doubt go for the Malian again.

This is a tough one for Gerrard. Philippe Coutinho has shown flashes of brilliance for Villa since he joined and ran the show in their 3-3 draw with Leeds United earlier this month where he scored and provided two assists for Jacob Ramsey.

They have won just once though, and while it would be extremely unfair to blame the slump on the star on loan from Barcelona, his overall impact is not translating good performances into positive results.

One concerning element of his game is his match fitness and former Villa keeper David James admits that right now, the Brazilian can not maintain his best form over a course of a game. 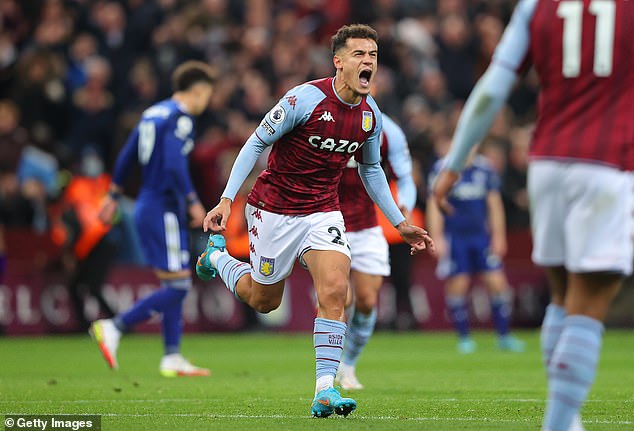 ‘I was looking at Coutinho versus Leeds United and there were moments in that game which were absolutely incredible,’ James told Ggrecon. ‘The set-up for Jacob Ramsey’s first goal was one of the best passes of the Premier League this season. It was just beautiful, effortless.

‘It’s one of those paradoxes – how can this player play so well, and be on loan to Aston Villa. It’s kind of like, if he’s that good, he shouldn’t be there. I say that respectfully.

‘The downside is that his fitness looks absolutely shot. He makes a couple of runs and then he looks tanked. The difficulty for Stevie G and Villa is that if they can sort his fitness out and get that level of play from a fitter player, then Coutinho’s price and desirability goes up. 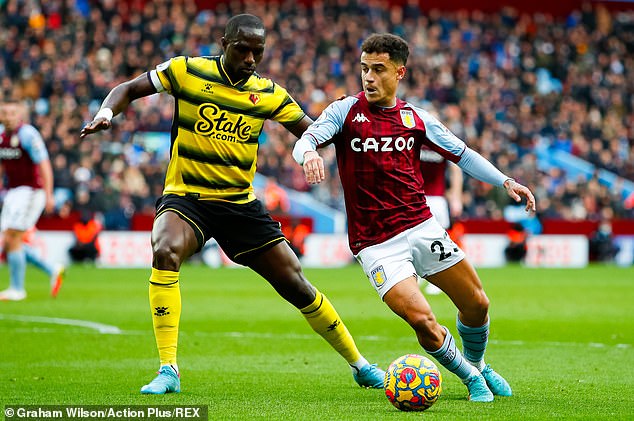 While Gerrard may be tempted to fix his backline first, he appears to have bigger issues with his misfiring forwards in Danny Ings and Ollie Watkins.

Against Watford, only one of their 20 shots overall were on target and while Gerrard admits the buck stops with him, it is clear he is far from happy with his side’s wasteful attacking.

The former Rangers manager believes his side have lost their creative edge in recent times but also warned his team that when chances have been created there has not been enough quality shown to convert them.

The Watford loss was the first time this season that his side have failed to score at Villa Park.

‘In previous games we have had that creativity, that inventiveness, we have looked exciting in a lot of games,’ Gerrard said.

‘But after the last two I need to demand more from the players in the final third. We are getting into crossing positions, we are getting in and down the sides.

‘We had 20 shots on goal on Saturday but only managed one on target. For me that is a quality issue. That has to come from within the dressing room.

‘We have really talented players, so it has to come from within. People have got to stand up and be counted. I will take the heat and the pressure. The responsibility is on me, of course it is. But when it is a quality issue in the final third it has got to come from the dressing room as well.’ 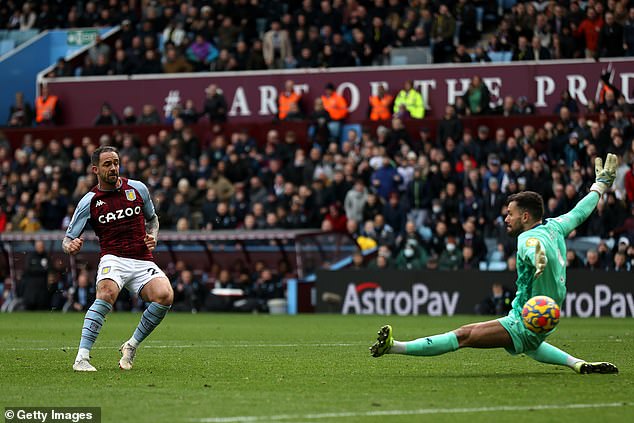 There isn’t much history to go on when it comes to Gerrard’s managerial career, but what we do have is knowing that his rise to the top with Rangers in Scotland was slow and not without fault rather than a rapid rise to prominence.

It’s understandable that the arrival of Gerrard, a Liverpool and Premier League legend as well as a former England captain, would have given the whole of Villa Park an instant lift. Immediate results were more likely to prove positive than take a turn for the even worse.

But now he is settled in at the club, his methods now need to translate to his team for long-term gain.

Gerrard’s Rangers, especially in his early days, did tend to struggle to break down an opposition happy to sit back, and his team would often attack the flanks to lead an aerial bombardment of crosses. 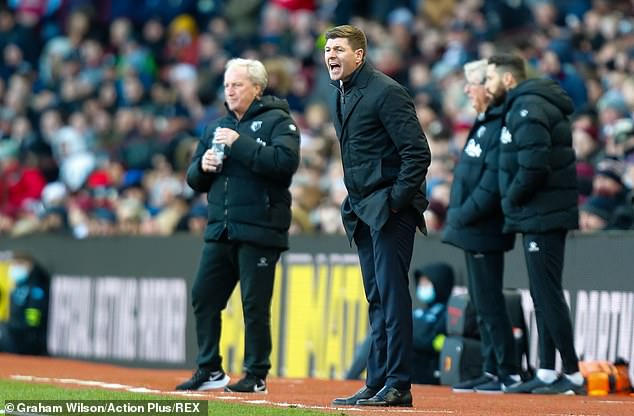 Saturday was almost a mirror image, with Villa sending in 26 crosses (their record high this term) to the Watford box without any success.

Gerrard has quickly identified that creativity is a key issue at Villa – one only heightened by the sale of Jack Grealish to Man City for £100m last summer.

Coutinho is the short-term solution to that gap, but finding ways to break through stubborn defences is a problem Gerrard needs to get to the bottom of.

Backing him with funds in the summer could prove key here, but from now until the end of the season signs are pointing towards Villa meandering in mid-table rather build a challenge for Europe, which Gerrard’s first few games were appearing to indicate. 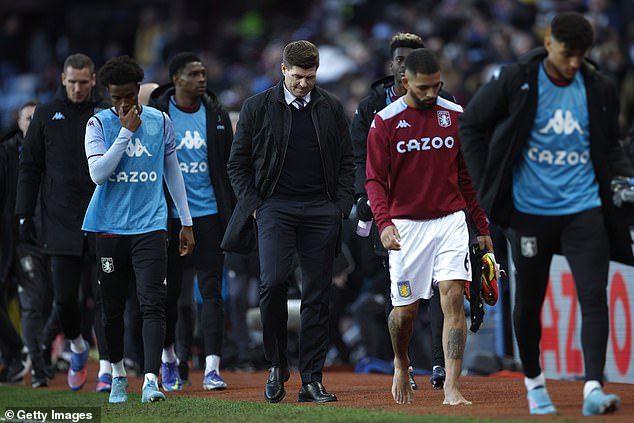