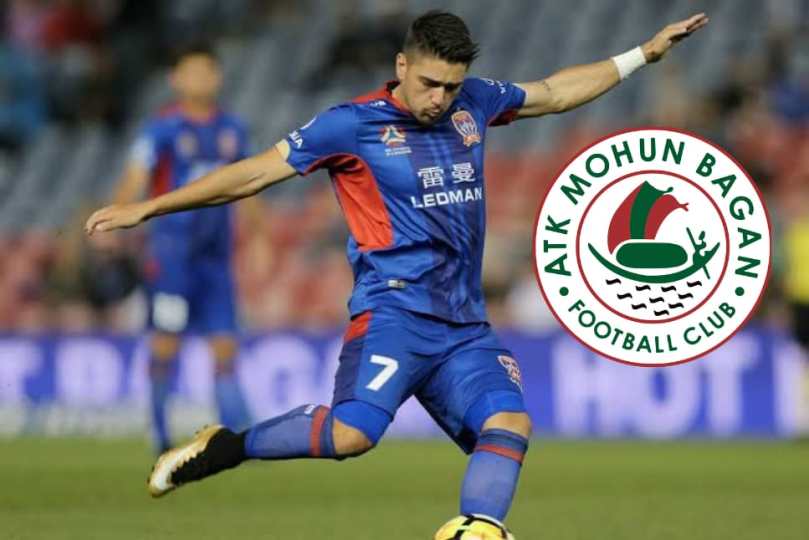 The best spell in his career came at the A-League clubs Brisbane Roars and Newcastle Jets for whom he scored a combined tally of 37 goals. He is expected to lead the ATKMB attack. “I am very excited to join the club, very excited to play in front of new fans and I am going to do my best to help the team achieve success, hopefully in all the competitions we play,” the striker said in a video posted by the club.

He comes from Australia, he’s played in Korea and Saudi Arabia! 🤩

“Dimitrios is a team player with good attacking mentality. He can help us find free spaces, key passes and can be useful in front of the goal,” said ATK Mohun Bagan head coach Juan Ferrando on his latest recruit.

The Kolkata giants have been extremely sensible in the summer transfer market and have packed up their squad with exceptional replacements. It was big a task to replace the likes of David Williams and Roy Krishna the formidable duo of the Green and Maroon frontline. ATKMB went on to change three of their foreigners for the upcoming season.

Though Dimitrios Petratos is scheduled to take up the No. 9 jersey for the Green and Maroon brigade, Petrartos is a highly versatile footballer. Not only can he play as an out striker, but he is also equally adept in slotting in the attacking midfield role. Petratos can further take on defenders on the flanks and can don the role of a winger.