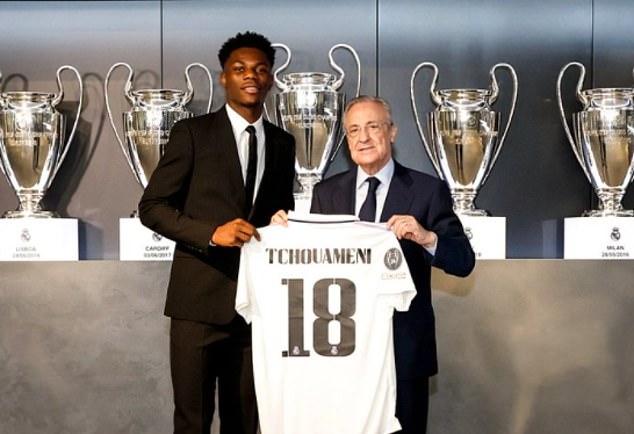 Aurelien Tchouameni has been officially unveiled at Real Madrid after completing his medical on Tuesday.

The French midfielder completed an £85million move from Ligue 1 side Monaco on Saturday on a bumper six-year deal.

And the club released pictures of Tchouameni signing his new contract, shaking hands with club president Florentino Perez and holding up his new shirt with the number 18.

He said: ‘I had the chance to choose other clubs, yes – but as soon as I knew Real Madrid wanted me, I never doubted’, referencing international team-mate Kylian Mbappe’s attempts to persuade him to join Paris Saint-Germain.

PSG chief Luis Campos was also keen on Tchouameni and his name was brought up in Mbappe’s contract discussions, according to reports in Spain.

‘I’m really happy to be here, to start a new chapter with the best club in the world… I want to make a mark in football and this club is the best to do it.

‘I’m in the best club in the world. I spoke with the president and we agreed to win new titles. We are going to work on that, to win more titles for Real Madrid.’ 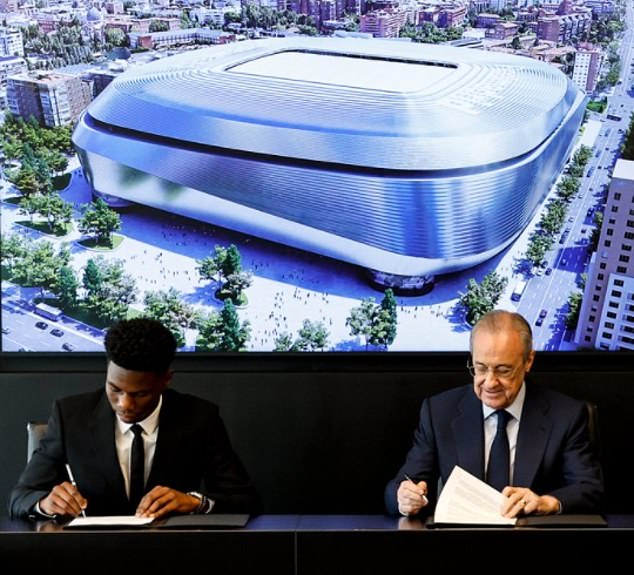 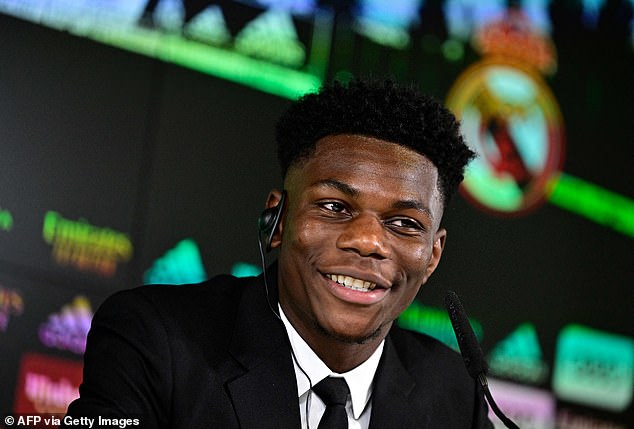 Perez added: ‘He is one of the best midfielders in the world and today he arrives at Real Madrid. At 22 years old you were able to choose your club and you have chosen this one.’

Tchouameni posed happily and gave a thumbs up as he carried out a medical exam at the La Moraleja hospital in the Spanish capital.

The reigning Champions League and LaLiga title winners posted the picture on their official Twitter account for their 42.4million followers.

Their caption read: ‘The photo you were waiting for! Medical examination at Sanitas University Hospital La Moraleja #WelcomeTchouameni.’

And in a press conference to announce his arrival, Tchouameni continued: ‘I’m very happy to be here to start my story with Real Madrid, the best team in the world. We are going to work hard to continue winning many titles for this club. 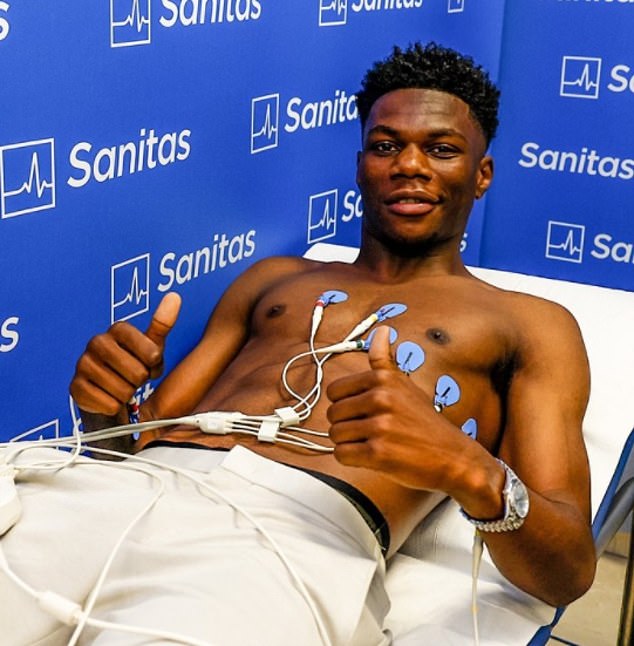 Frenchman Tchouameni smiles during his Real Madrid medical, completed before his unveiling 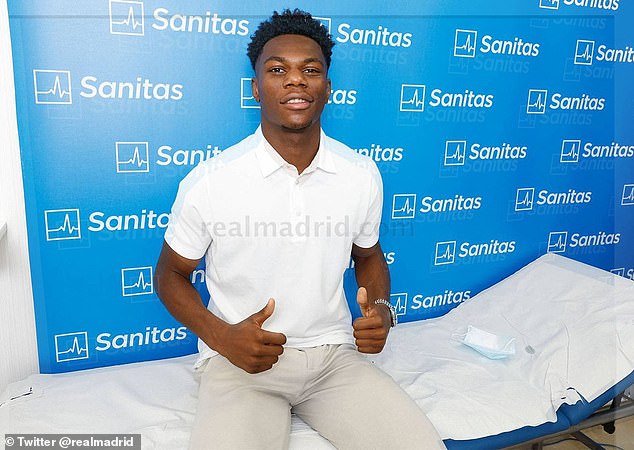 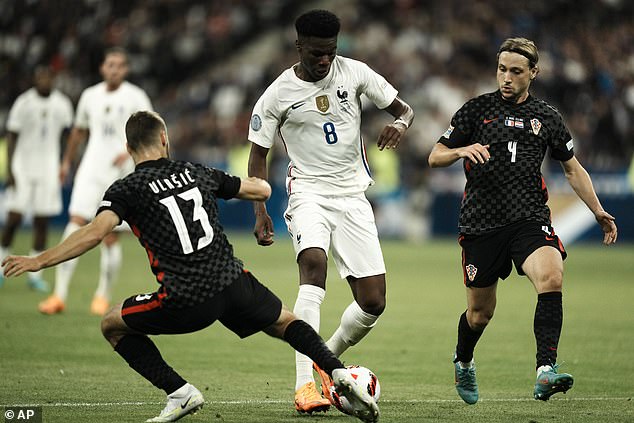 The 22-year-old star is a regular in France’s side, winning 11 caps since his debut last year

‘Thanks to the president, my agent and my family. Hala Madrid! When I was young I used to watch the Real Madrid players. Casemiro has an incredible career.

‘Hopefully I can also win five European Cups. ‘I remember Zidane in 2006. I’ve paid a lot of attention to Benzema too. They are my two French idols.’

‘I’ve played a lot with the 8, but right now it belongs to Kroos. I asked for available numbers and chose the one that looked the most like it.’

Tchouameni was a key member of the Monaco side that finished third in Ligue 1 last year, making 45 appearances in the league and 11 in Europe.

He has also become a regular in Didier Deschamps’ France side, winning 11 caps since his debut last year.

Despite his age, Tchouameni is already a relatively experienced player with almost 150 appearances for Monaco and Bordeaux since making his league debut as an 18-year-old.