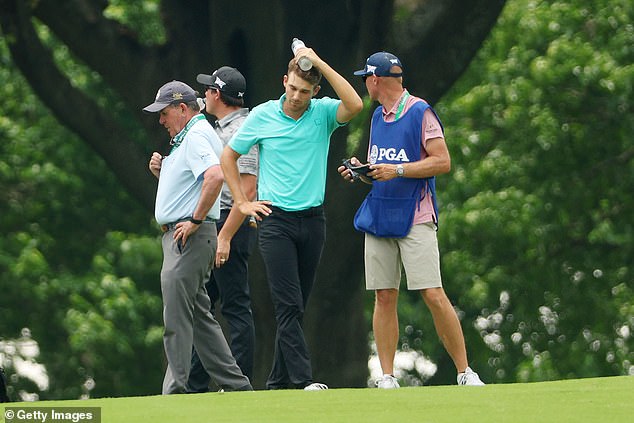 FORE! Aussie golf star Cam Smith smashes a ball into Aaron Wise’s HEAD with an unguided missile of a tee shot that ended up on the wrong fairway at the PGA Championship

Aussie golf star Cam Smith took out the $5million Players Championship in March – and followed it up by taking out his fellow golfer Aaron Wise with a shocking shot at the PGA Championship on Friday.

The 28-year-old from Brisbane – who’s known as the ‘world’s most bogan sports star’ courtesy of his larrikin attitude and flowing mullet – was playing the second hole at the Southern Hills course in Oklahoma when he cracked a drive straight into Wise’s head.

The American was on the adjacent seventh hole when Smith’s 288-metre unguided missile struck him on the full. 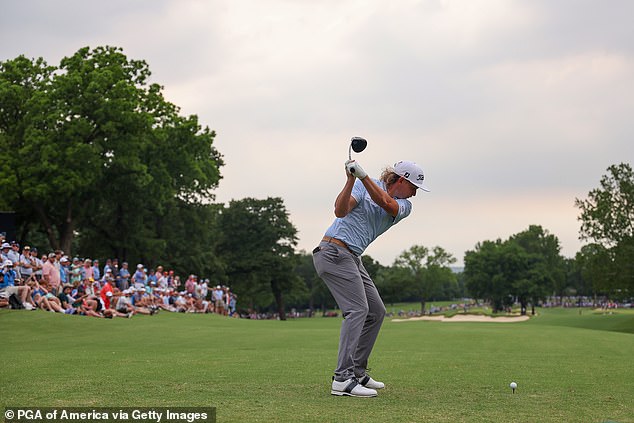 The Aussie sliced the ball so badly it ended up on the wrong fairway. He and his caddy shouted ‘Fore!’ but the warning didn’t help the American

‘He looks OK, he’s standing up,’ an ESPN reporter who was following Smith’s group said after the ball struck Wise.

He was seen holding a cold water bottle to his head after the impact, and later sought medical attention and was treating the site of the blow with an ice pack.

Smith and his group shouted ‘Fore!’ when he sliced the ball, but the warning didn’t work – and Wise can count himself lucky his hat cushioned at least some of the blow.

‘I think he bent down to look at my ball and then the ball hit him in the head,’ golfer Joel Dahmen – who was playing in Wise’s group at the time – told Golf.com.

‘You could hear it. All the spectators heard it. It was loud.

‘We were in that right rough area and he just got domed.

‘I don’t fault Cam for that at all. A hundred people could have yelled fore and you wouldn’t hear it.’ 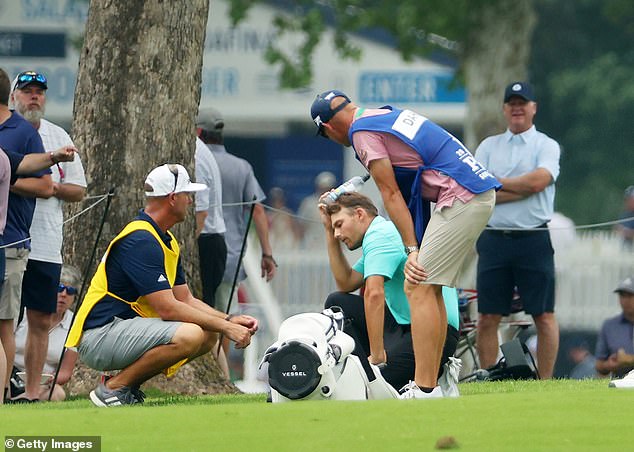 Wise is checked by his caddy after copping the 288-metre drive on the noggin. He went for medical treatment after finishing his round 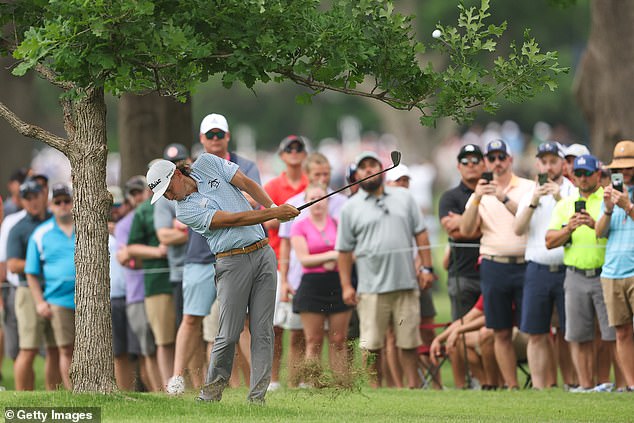 When Wise signed his scorecard at the end of his round he pointed out a red spot on his hat that was left there by a texta mark on Smith’s ball.

‘You know, obviously there’s a lot of adrenaline in the body after something like that happens,’ Wise said afterwards.

‘I was just trying to calm myself down and get back to being somewhat normal for the last few holes.’

He made par at holes seven and eight and ended up shooting a two-over-par 72.

Smith is currently tied for 10th on the leader board at two under par, with Wise tied for 30th.