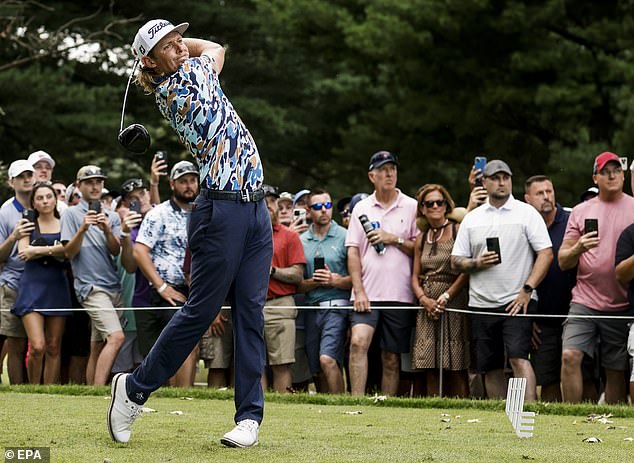 Australia’s British Open champion Cameron Smith has taken a swipe at critics who thought he’d lose his competitive edge after signing a $140million deal to join LIV golf after winning his first tournament in the rebel series on Sunday.

Smith recorded a come-from-behind victory in only his second start on the lucrative Saudi Arabia-backed circuit with a three-shot triumph over Dustin Johnson and Peter Uihlein just outside Chicago.

Smith, one of 12 major champions in the 48-player field at Rich Harvest Farms, shot a three-under-par 69 in the final round of the 54-hole event on Sunday to reach 13 under and secure the $6million first prize.

Smith earned more for his first LIV win than he did for taking out the Players Championship earlier this year – which, at the time, was the richest tournament in golf

‘I think I had to prove to probably myself and some other people that I am still a great player, you know I am still out here to win golf tournaments,’ Smith said.

‘Proud of how I hung in there today. Didn’t really have my best stuff the first eight or nine holes but stuck it tough and made a few good putts coming in. It was nice.’

The win demonstrates the riches on offer on the LIV tour, with Smith earning more for his Chicago win than he did for taking out the Players Championship in March – at the time the richest purse in the sport at $5.36million.

The stage was set for a final-round duel between two of the world’s best golfers as overnight leader Smith began the day two shots clear of playing partner Johnson (70), who fell three shots back after a bogey at the first hole. 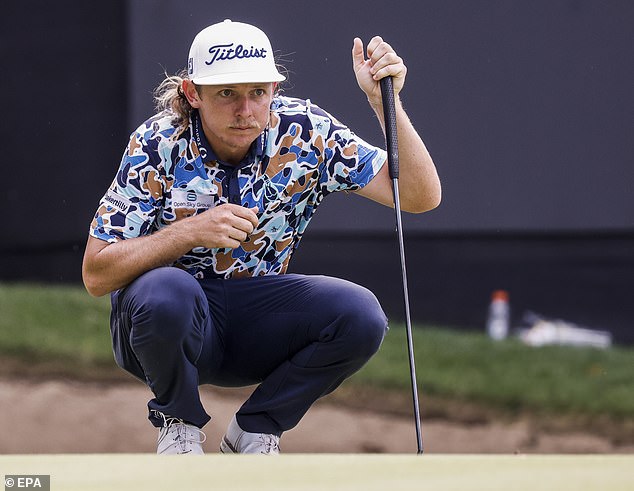 Both players birdied the second hole but Smith bogeyed the fourth and sixth as Johnson got to within a stroke before the duo carded birdies at the par-five seventh.

Smith opened up a three-shot lead with a birdie at the par-four eighth, where Johnson carded the first of two consecutive bogeys to reach the turn four back and his hopes of becoming the first multiple winner on the LIV Golf series all but dashed.

Uihlein (69) got into the mix and was briefly one shot back of Smith, who was cruising along the back nine until a bogey at the par-three 16th, but the Australian reached the 18th three shots clear after a birdie at the penultimate hole coupled with a late Uihlein bogey. 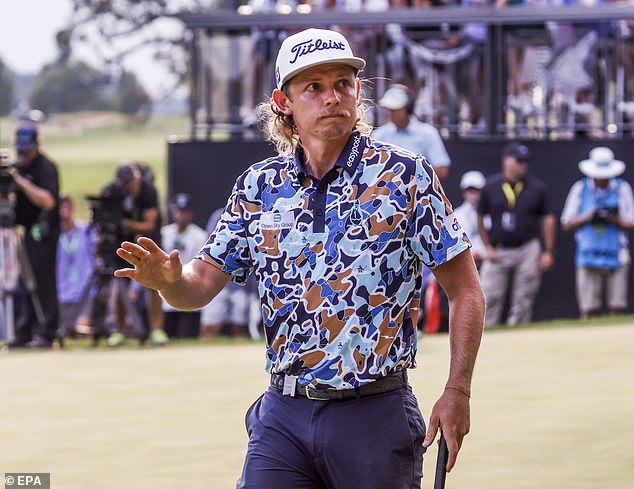 Smith is the highest-ranked player to join LIV Golf to date and finished fourth in his debut two weeks ago in Boston where he missed out on a three-man playoff by one shot after a bogey on his penultimate hole.

While Johnson could not catch Smith he did help his 4 Aces teammates Patrick Reed, Talor Gooch and Pat Perez to victory in the team competition as the squad split a $US3 million ($A5.4m) first-place prize for the fourth consecutive event.

The final round was interrupted for a scheduled moment of silence that was observed across the venue in honour of Queen Elizabeth, whose image was shown on screens around the course.