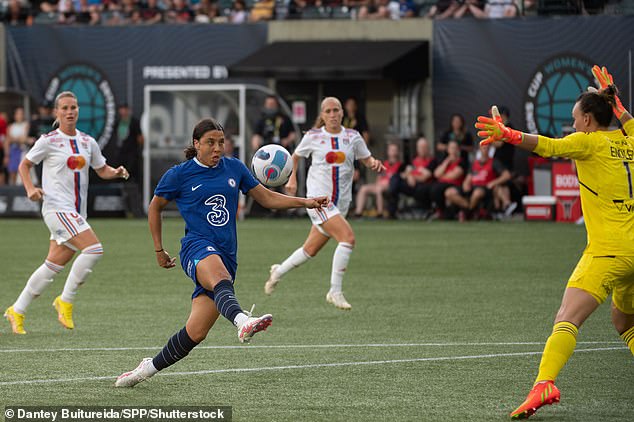 In an outrageous show of skill, Kerr ran onto the end of beautifully weighted pass to hold her nerve and lob the Lyon keeper early in the first half on Thursday.

The stunning strike opened the scoring for Chelsea and teammate Lauren James added another goal in the 50th minute. 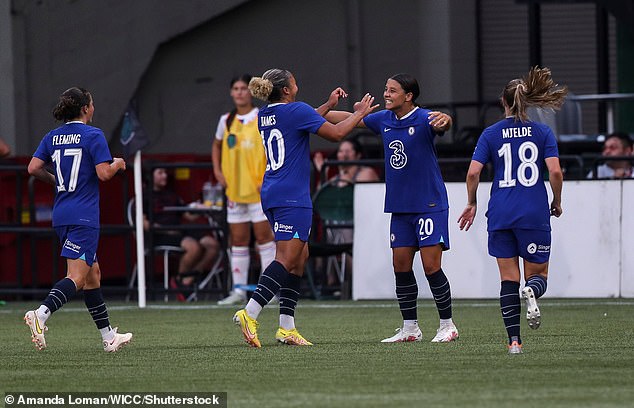 Kerr celebrates with Chelsea teammates. It has been a huge season for Kerr, culminating in another nomination for the women’s Ballon d’Or – football’s greatest individual honour

Lyon scored two late goals to draw level and then won the match 4-3 after regulation time in a penalty shootout.

The game was part of the Women’s International Champions Cup, which features four trophy-winning teams from around the world – Chelsea, Olympique Lyonnais, Portland Thorns and C.F. Monterrey.

The stunning goal for Kerr comes just a week after she was nominated for the women’s Ballon d’Or – football’s greatest individual honour.

This is the fourth time the talented Australian has been nominated, finishing third in last year’s voting. Kerr has had an incredible 2022 by winning the league with Chelsea and claiming the golden boot. 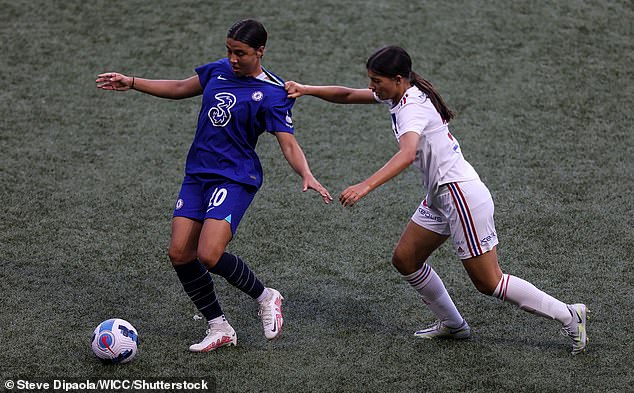 Sam Kerr fighting for possession against a Lyon opponent. In 2022 Kerr became the first female footballer to feature on the cover of a global version of FIFA

The 28-year-old superstar has also won a number of other honours including the Best International Athlete In Women’s Soccer for the third time at the ESPYS and named the Football Writers Association Women’s Footballer of the Year.

Kerr also became the first female footballer to feature on the cover of a global version of the wildly popular FIFA video game last month. 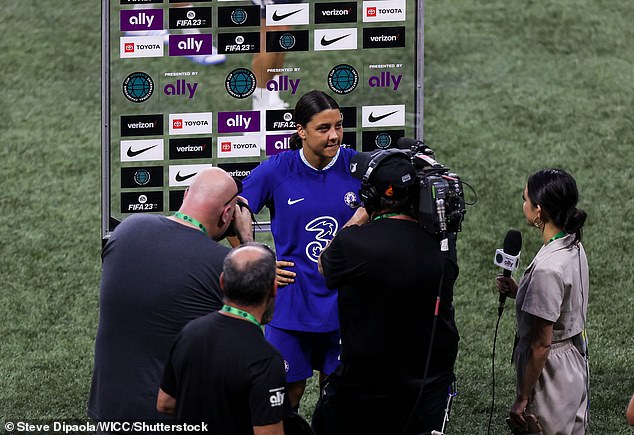 Meanwhile, Matildas coach Tony Gustavsson has named a close to full-strength squad for the national side’s clashes with Canada next month after resting several stars in friendlies against Spain and Portugal in June.

Kerr is the lynchpin of the team but she’ll be joined by big guns including Steph Catley, Tameka Yallop and Clare Polkinghorne.