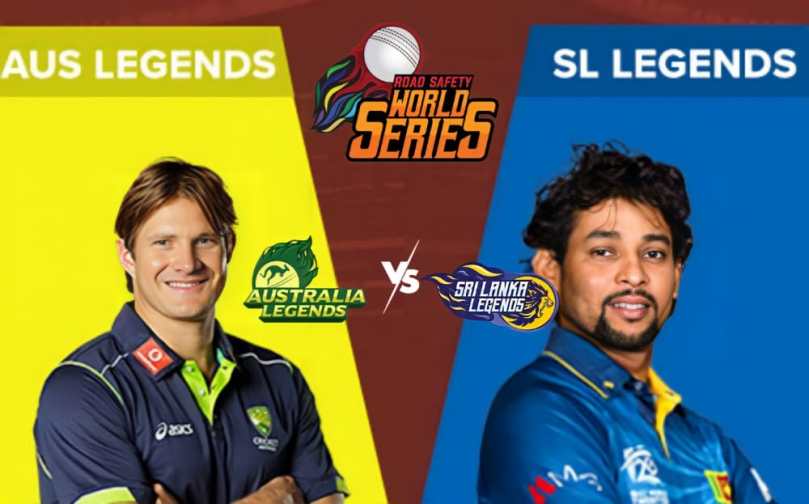 Aus-L vs SL-L LIVE:  Road Safety World Series 2022: Australia legends are set to open their Road Safety World Series campaign against Sri Lanka legends on Sunday. It is the second match of the day, scheduled for 7:30 pm start. The Aussies will be led by Shane Watson while Tilakratne Dilshan will captain the Island nation. Follow Australia legends vs Sri Lanka legends live updates with InsideSport.IN

One can expect an entertaining game when the two teams take to the field at the Green Park Stadium in Kanpur on Sunday.

With it being a Sunday, one can expect fans to pour in number at the venue and lend a vibrant atmosphere. Both the teams comprise of some brilliant former players, who have earned name for their exploits during their prime days.

Some of these names include Watson, Brad Hodge, Brett Lee, Cameron White among others for Australia. The Sri Lankan legends comprise of Dilshan, Chaminda Vaas, Sanath Jayasuriya, Isuru Udana, Thisara Perera among others.

Both the teams look quite solid on paper, and there is nothing much to choose between the two teams for the Sunday clash. It all boils down to which team turns up on the day to emerge victorious and start their Road Safety World Series with a win.