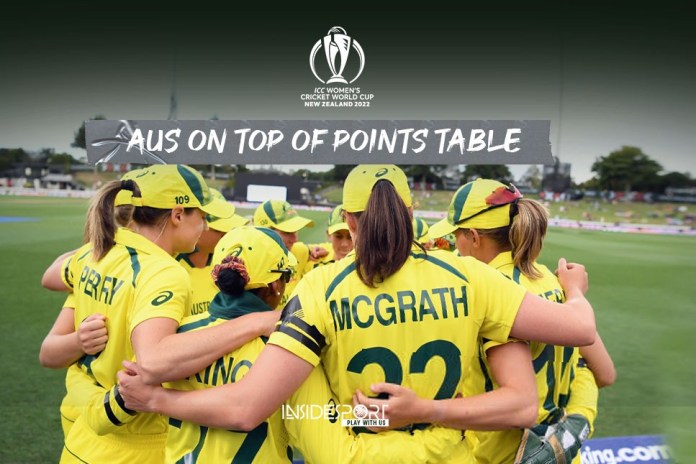 ICC Women World Cup Points Table – South Africa jumped to 2nd spot in the points table on account of beating England by just three wickets in the ongoing Women’s World Cup match. South Africa have now three games on the bounce and have six points. Australia are on the top with six points, but their next run rate is superior.  Follow ICC Women’s World Cup live updates on InsideSport.IN.

Along with Australia, South Africa is the only unbeaten team in the tournament. They are now placed second on the points table and looking strong to make the top four.

Meanwhile, Bangladesh opened their account on account of their thrilling nine runs win over Pakistan. Only England and Pakistan are winless in the tournament.

New Zealand are now at No. 4th position with only 2 victories from 4 matches

West Indies who was thumped by India on Sunday are at No. 5th with 2 wins from 3 games.

Defending champion England is in real trouble at No. 7th position. England has lost all their matches in World Cup so far.

India beat West Indies: Team India won back their place at the top of the table with a thumping win over West Indies on Sunday. Smriti Mandhana and Harmanpreet Kaur scored centuries while the bowlers forced a collapse helping Mithali Raj and Co seal a massive 155 run win.

Women’s World Cup 2022: Smriti Mandhana lauds Harmanpreet Kaur, says ‘She does well when she has her back to the wall’