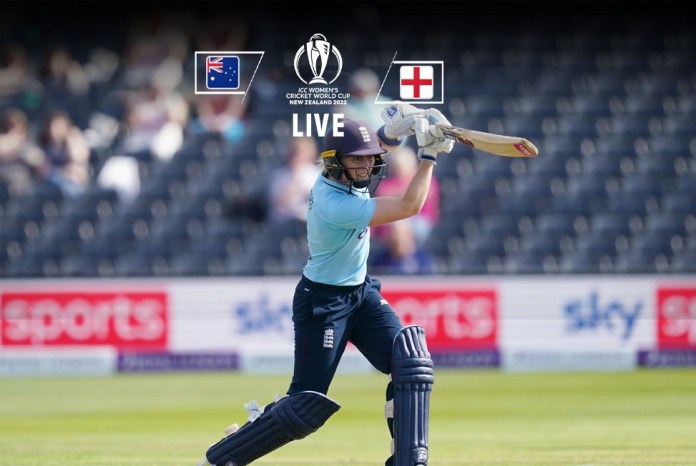 AUS-W vs ENG-W LIVE Score – ICC Women WC LIVE, England starts poorly lose 1st wicket in Opening OVER: England has lost the wicket of Lauren Hill in very 1st over in pursuit of 311. Earlier, In the clash of TITANS – Rachael  Haynes & Meg Lanning’s 196 Runs partnership completely deflated England’s bowling. Lanning got out for 86 but Haynes went on to score a magnificent 130. The World No. 1 Australian women have set 311 runs target for England to chase.  Follow AUS W vs ENG W Live updates on InsideSport.IN.

Australia plundered 100 runs in the final 10 overs to set England a huge target.

Australia are currently ranked number one and had beaten England 3-0 in the multi-format Ashes series.

On the other hand England Women are ranked number three and have entered the tournament as defending champions.

In the last 30 ODIs, Australia have won 29 matches. Without doubt it will be difficult for England to chase 311 Runs MOUNTAIN. 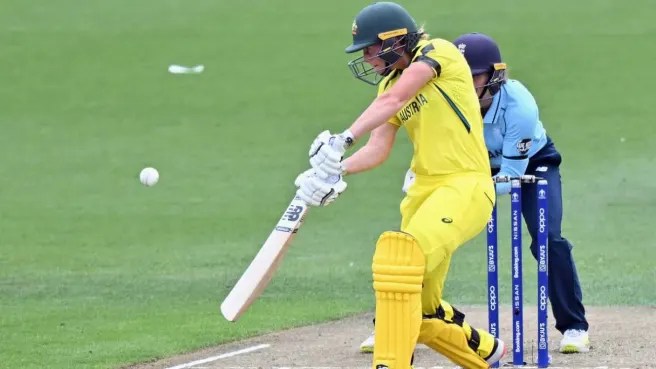 Australia Starts Favorite: In the last 30 ODIs, Australia have won 29.

England will be itching to win this one. English team were blanked 3-0 in the recent ODI series that was part of the Ashes last month.

Add a couple of T20 world cup wins in that period and for as harsh as it may sound, if any team other than Australia is going to win the world cup, it will be a surprise.

England though will need to play their A-game to beat Australia. In the Ashes series, they failed to deliver the knockout punch. The batting also looked patchy with none of the senior players delivering. The likes of Heather Knight, Tammy Beaumont, and Nat Sciver need to fire.