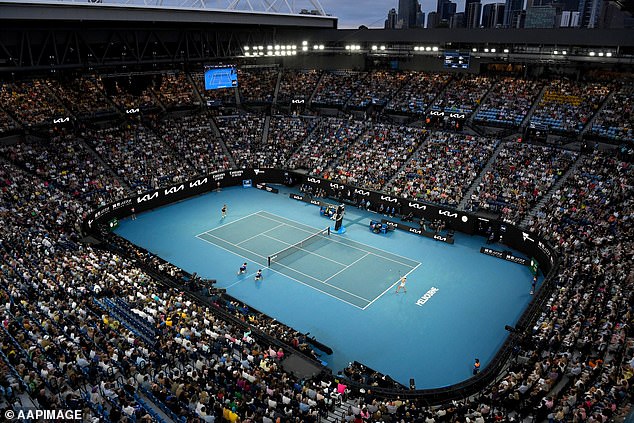 Australian Open is slammed over $100MILLION deal with Chinese liquor company after tournament banned ‘Where is Peng Shuai?’ T-shirts

The Australian Open’s partnership with a Chinese liquor company has come under scrutiny following Beijing’s refusal to condemn Russia’s invasion of Ukraine.

In 2018, Tennis Australia signed a $100million agreement with state-owned Luzhou Laojiao, which marked the largest Chinese sponsorship deal in the history of the tournament.

China’s stance over the war in Ukraine has brought renewed criticism of the agreement, just months after Australian Open organisers were slammed for banning protests in support of missing Chinese female tennis player Peng Shuai.

Beijing has repeatedly insisted she is safe and free, a stance the International Olympic Committee has accepted after holding two video calls with the tennis star.

The WTA, however, did not find the reassurances satisfactorily and in December suspended all of its tournament in China.

A month later, the Australian Open found itself in the eye of the storm after organisers prohibited fans from wearing T-shirts carrying a message reading ‘Where is Peng Shuai?’. 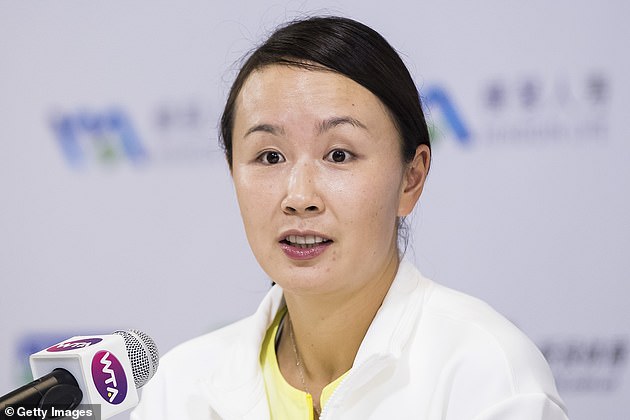 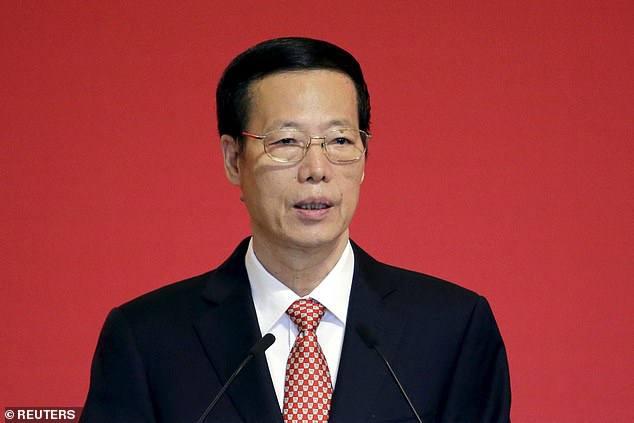 The ban was later of overturned but  Shadow Attorney-General Michael O’Brien said Tennis Australia had to clarify ‘whether any sponsor sought to influence its response to spectators highlighting’ the tennis star’s plight.

‘We know Daniel Andrews Government’s dodgy Belt and Road deal with the Chinese Government sacrificed Victoria’s values for the sake of a foreign dollar,’ he told NewsCorp.

‘But our major sporting events – made great by the support of millions of Victorians – must not do the same.

‘Fundamental rights such as freedom of speech should not be trashed by sporting codes chasing sponsorship dollars.’ 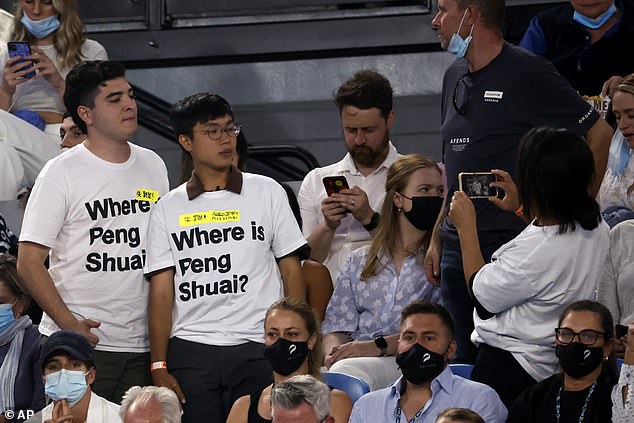 At the Australian Open, fans wore ‘where is Peng Shuai’ t-shirts in support of the tennis star 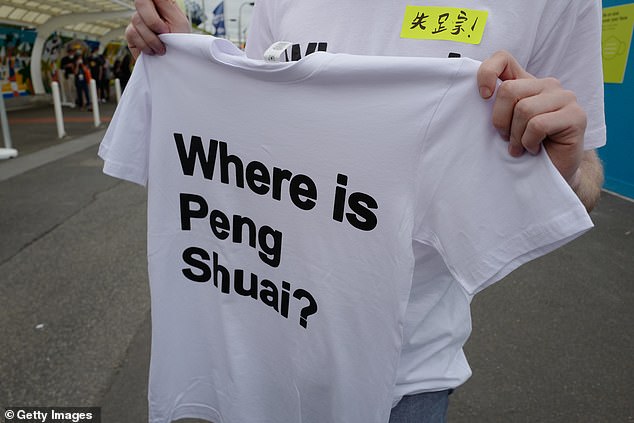 Luzhou Laojiao signage in English and Chinese is prominent at the Rod Laver Arena, but O’Brien insisted sponsors should not influence political choices.

‘Victoria won’t recover and rebuild if our values are for sale to the highest bidder,’ he said.

‘Whether it is supporting the people of Ukraine or asking ‘where is Peng Shuai?’ we must not let the politics of sponsors dictate who we are or what we stand for.’

Richard Heaselgrave, then-Tennis Australia’s chief revenue officer, described the five-year deal with Luzhou Laojiao as a ‘significant event in the history of our organisation’ when the agreement was signed in 2018.

‘We’ve made no secret that China and the region are a major priority for the Australian Open, and that we take our role as the Grand Slam of Asia-Pacific seriously,’ he said.