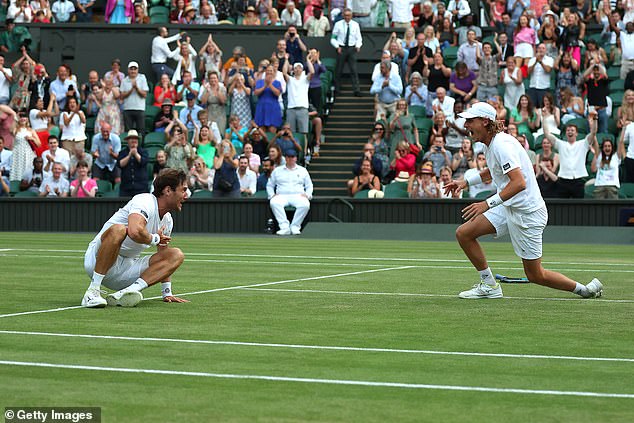 By James Sharpe For The Mail On Sunday

Australian duo Matthew Ebden and Max Purcell produced yet another comeback from a set down to win the Wimbledon men’s doubles title in a dramatic fifth-set tie-break.

The pair defeated defending champions Nikola Mektic and Mate Pavic of Croatia 7-6, 6-7, 4-6, 6-4, 7-6 in a thrilling contest on Centre Court which lasted more than four hours.

It was the fifth time during the last two weeks that Ebden and Purcell had gone the distance, to claim their maiden Grand Slam title — having also saved eight match points along the way. They saved three in the first round before a further five in the semi-finals in their five-setter against Britain’s Joe Salisbury and his American partner Rajeev Ram.

Ebden, 34, and Purcell, 24, are the first Wimbledon champions in any event to save match points in multiple matches en route to a title.

They did not have to save another match point in the final, but they did survive two break points with the match tied 4-4 in the decider. They also are the first all-Australian pair to win the men’s doubles since 2000, when Todd Woodbridge and Mark Woodforde triumphed. 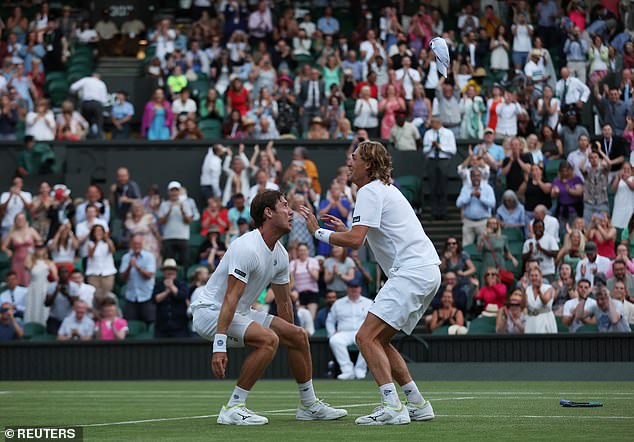 It was also Ebden’s second final of the fortnight, having lost alongside compatriot Sam Stosur in Thursday’s mixed doubles final.

The Croatian pair put up a valiant fight with Pavic forced to play solely with his dominant left hand due to a broken wrist.

Ebden finished them off by serving his and Purcell’s fifth ace of the match to seal the title.