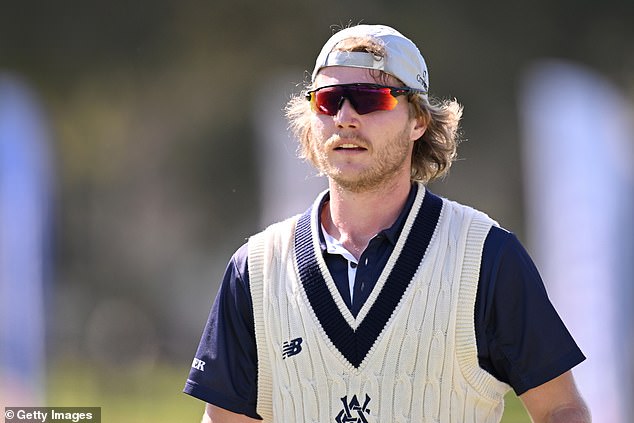 Australian prodigy Will Pucovski, 24, steps away from cricket for a THIRD time for ‘personal reasons’ – with batter’s career hitting another hurdle after suffering ELEVEN concussions

Will Pucovski’s future is in doubt again after Australian cricket’s rising star opted to take a third period of indefinite leave from the game.

Cricket Victoria confirmed on Thursday that Pucovski had decided to sit out upcoming matches, ruling him out of Sheffield Shield cricket ahead of the Test summer.

It is the latest break in the 24-year-old’s stop-start career, which has been headlined by a series of concussions and injuries.

Will Pucovski has taken an indefinite break from cricket for a third time, it was announced

Pucovski had only just returned at the start of this season after suffering from the 11th concussion of his short career.

His return initially came as part of a cricket academy tour of India in August, before scoring a big century for Victoria’s Second XI in September.

He was due to appear for Victoria in Hobart on Saturday before Thursday’s news.

The latest decision is not believed to be related to any injury.

Cricket Victoria said in a statement they would support Pucovski and asked for privacy.

‘Player welfare is always our top priority; we’ll continue to work with Will to ensure he gets the support and space he needs and welcome him back when he’s ready,’ high-performance manager Graham Manou said.

Widely regarded as one of the country’s best rising talents, Pucovski has played just the one Test against India in January 2021. 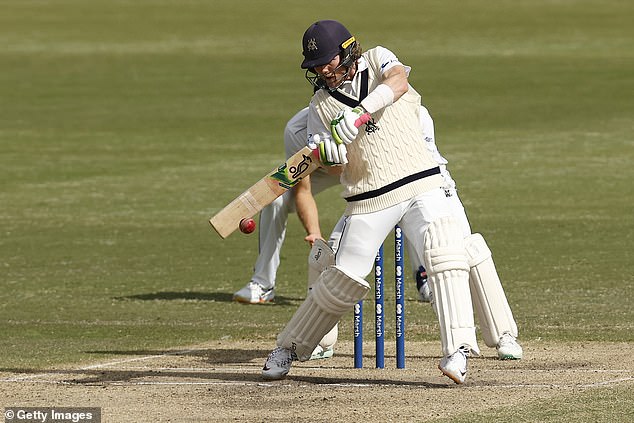 He initially took personal leave in October 2018 after announcing himself a star-in-the-making with a double-century against Western Australia for Victoria a week earlier.

The young prodigy was then expected to be named in Australia’s squad at the start of the 2019-20 summer, before withdrawing from contention.

He has since worked closely with his mind coach Emma Murray and repeatedly stated the fire still burns in him to add to his sole appearance for Australia.

‘You are going to fail a lot in cricket, that happens,’ Pucovski said in an interview about his work with Murray in 2019. 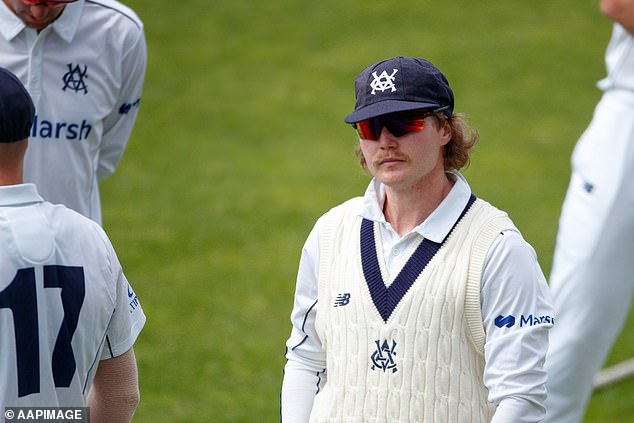 Pucovski, 24, has struggled with concussion issues during his career on eleven occasions

‘But if I am consistent in how I go about it I am giving myself the best chance to succeed.

‘It’s probably just freed me up a bit. I’m not going to base if I failed or succeeded on a personal level just on my result, but how I went about it.’

Injuries have also not helped his cause.

His debut was then expected to come in late 2020 against India, but he suffered an ugly concussion in a warm-up match at Drummoyne Oval.

When his debut finally came later that summer he hurt his shoulder diving and was ruled out of the remainder of the season.

There is no timeline on Pucovski’s leave, with Victoria and Australia women’s star Meg Lanning also currently on her own indefinite break from the sport.