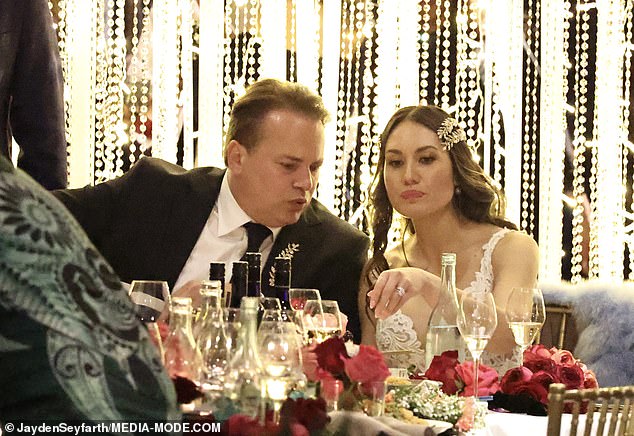 Australian football legend Mark Bosnich has wed long-term partner Sara Jones in a lavish ceremony and reception in Sydney on Saturday; with former teammate Dwight Yorke by his side as best man.

It’s the former Socceroo-turned-football pundit’s third wedding, and he’ll be hoping this time’s the charm after tying the knot at St Phillips Church in the CBD before a lavish reception in The Rocks.

Bosnich, 50, and Jones, 35, have been together for 12 years, and have faced a long wait for their happy day after the former Manchester United and Aston Villa star proposed on social media in 2018.

The pair have two children together, 10-year-old Allegra and five-year-old Cassius; with both smartly dressed and part of the bridal party.

Mark Bosnich and new wife Sara Jones enjoyed a lavish reception at a restaurant in The Rocks, Sydney 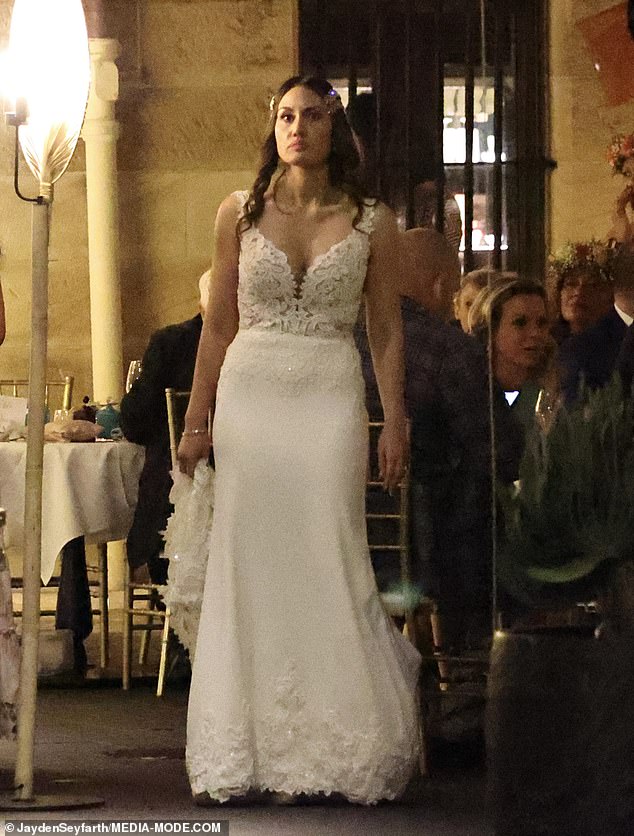 Jones wore a sheer white bodice with lace detailing and a full Cinderella-style skirt, and paired it with a beautiful lace headpiece.

The dress was cinched in at the waist to highlight the Samoan-Australian’s trim physique. 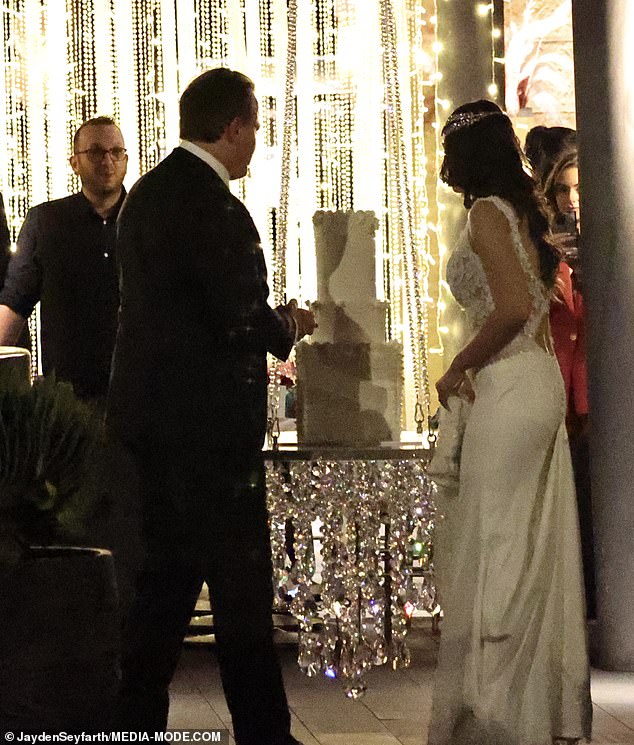 A who’s who of Australian sport was on hand to watch the happy couple say ‘I do’, with over 150 people in attendance.

Fellow Aussie football legends Craig Foster and Mark Rudan were also present alongside Yorke, who was a teammate of Bosnich in the English Premier League (EPL). 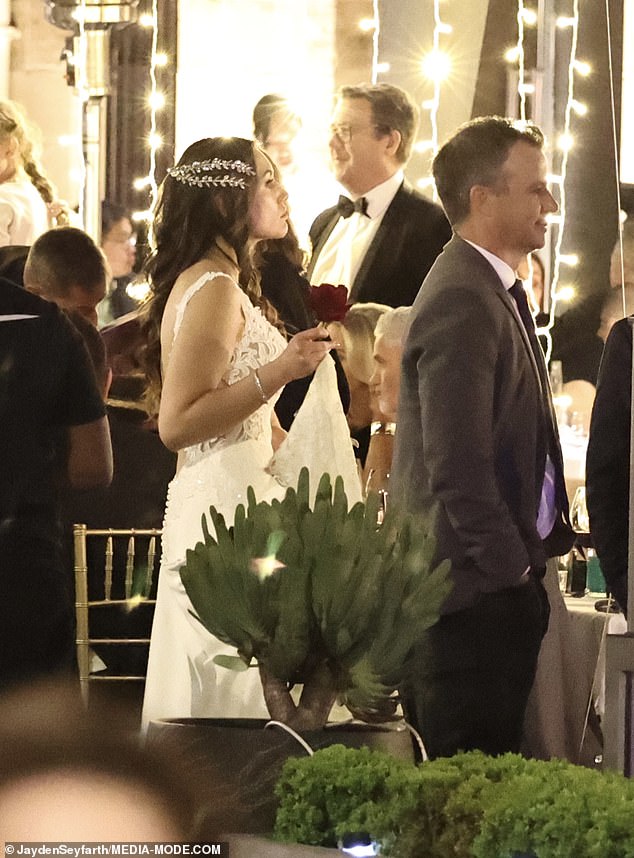 Sara Jones clutches a rose during the reception, while Bosnich’s Fox Sports colleague Adam Peacock (right) can be seen in the foreground

After the long engagement, the wedding was also delayed by the pandemic, but Bosnich remained firmly committed to having a ‘big wedding’ in his home town after growing up in south-west Sydney.

Bosnich’s romantic and very Millennial 2018 proposal quickly went viral after he asked Jones to marry him via a video on Twitter while he was working in Russia for the 2018 World Cup. 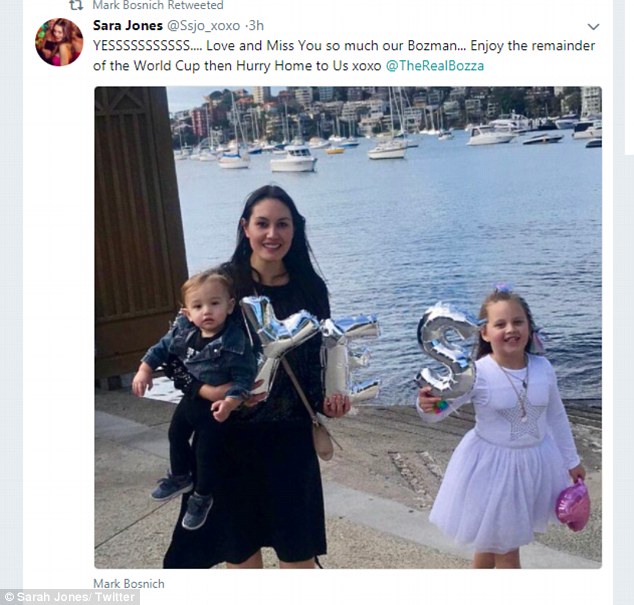 ‘Good evening to you from Red Square, and I just want to say to Sara my lovely partner, I hope you have a wonderful birthday today,’ he said in the video, which was posted to his Twitter feed..

‘Wish I was there to celebrate it with you but I’m not, I’m here. And I’d also like to ask you, I think it’s quite appropriate right here at a very romantic spot, will you marry me?’

Jones replied with a resounding yes, and the rest is history.

Saturday was not the first time Yorke had stood beside Bosnich at the altar.

The current A-League coach of Macarthur FC, Yorke was best man at Bosnich’s wedding to second wife Sarah Jarrett in 1999; a union that lasted just 14 months. 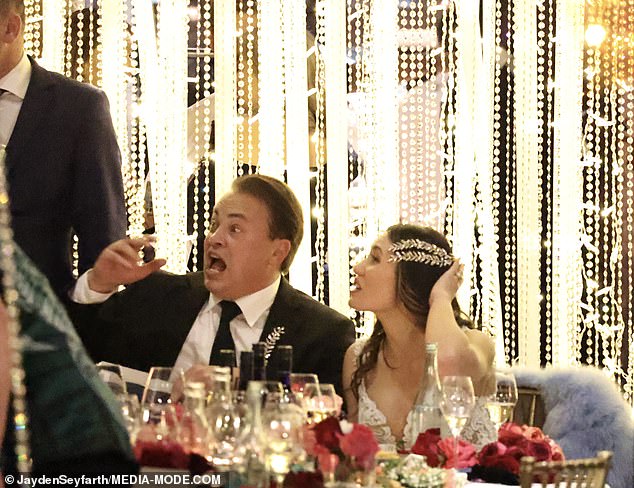 It got off to the worst possible start after Bosnich was arrested while at his bucks party in Birmingham, England.

The talented goalkeeper, who was in his second stint at Manchester United, grabbed a photographer’s camera outside a strip club at 7am on the day of the wedding – but fortunately was released on bail without charge in time to marry Jarrett.

That was also after a sex tape was released of Bosnich and Yorke with four women at the latter’s home. 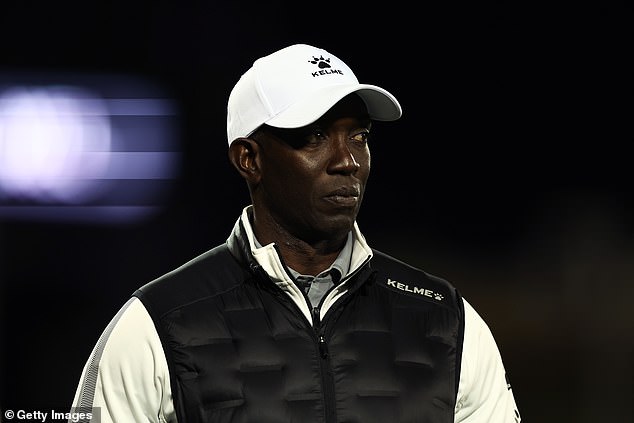 His first wedding was to Englishwoman Lisa Hall, lasted just two years after the pair married in 1992 in Sydney – though at the time the British Home Office investigated whether it was a marriage of convenience that would allow Bosnich to remain in the UK.

Eventually, they signed off on the union – but just three months later Bosnich announced that the marriage was over.

Bosnich, always seen as one of world football’s most prodigiously talented goalkeepers was beset by personal problems and drug issues during and after his 210-game EPL career. 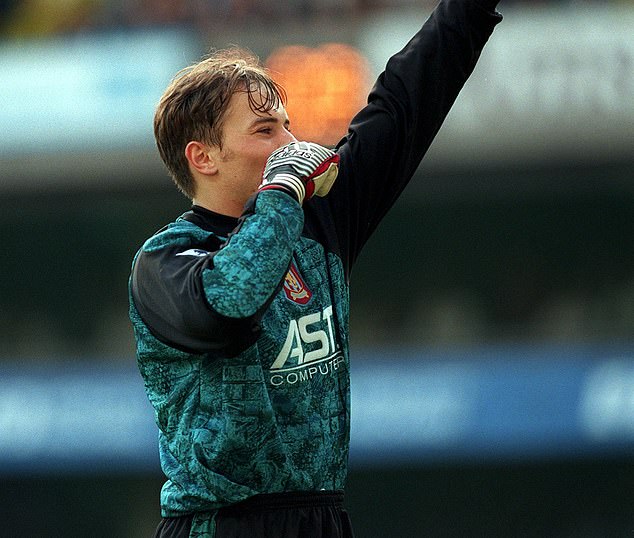 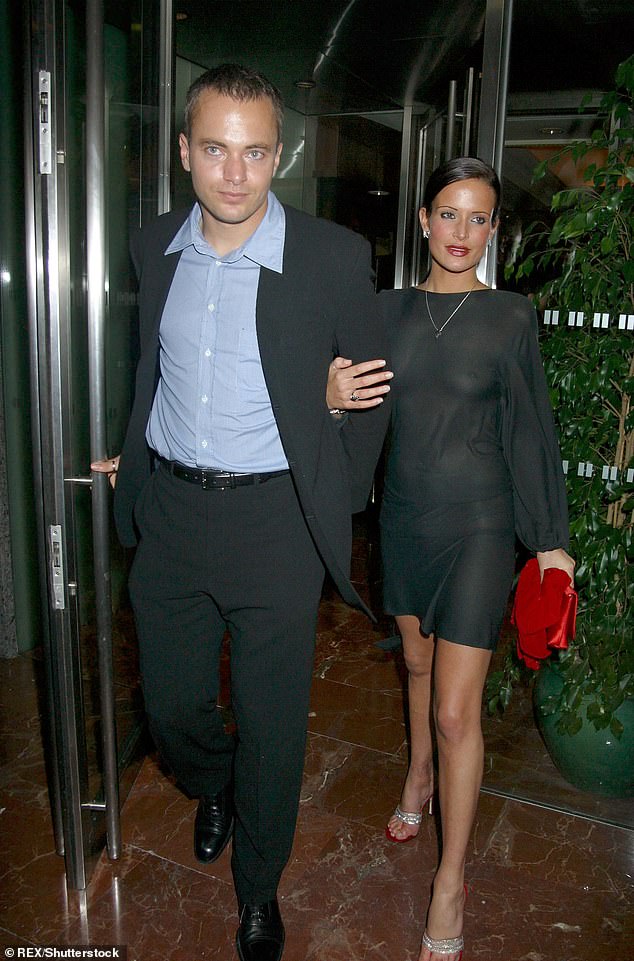 Mark Bosnich with ex-girlfriend Sophie Anderton, a British model. The pair had an ill-fated relationship that featured heavy cocaine use

He found himself in hot water after giving opposition supporters a Nazi salute in 1996, and developed a $8500-a-week cocaine addiction after an ill-fated relationship with British model Sophie Anderton.

A failed drug test led to the end of his professional career in England, but he’s since revived his public image, and has built a career as an astute commentator for Fox Sports’ football coverage.