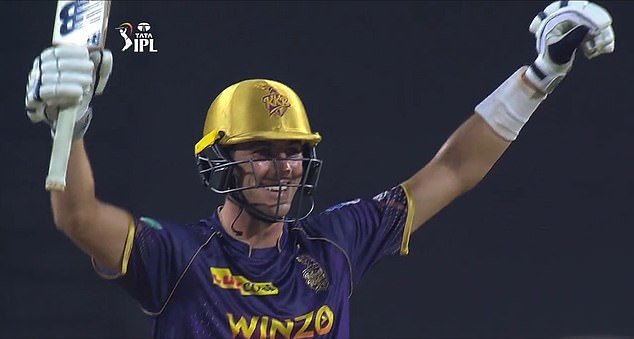 Pat Cummins equalled the fastest 50 in Indian Premier League history with a devastating spell of hitting that propelled Kolkata Knight Riders to the top of the table.

Australian Test captain Cummins is best known for devastation with the ball but he blitzed five-time champions Mumbai Indians with a 14-ball half-century that transformed the game.

The innings belied how difficult to navigate the Pune pitch had been to both teams’ top order players as Mumbai scraped their way to 161 for four.

Fellow Australian Daniel Sams bore the brunt of Cummins’ assault, conceding 35 off what proved to be the final over as the Knight Riders got home with 24 balls unused. 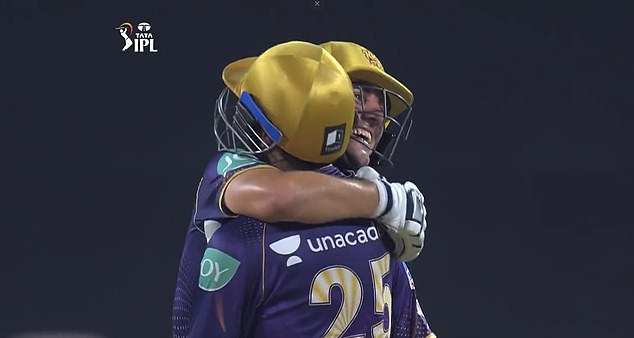 ‘I bat my best when I don’t think too much and swing my hardest.’

Shellshocked Mumbai captain Rohit Sharma said: ‘We had the game until the 15th over.’

The whirlwind nature of the finish was highlighted by the batsman stood at the other end – Venkatesh Iyer was unbeaten on 46 when the fifth wicket fell and added just four more runs as Cummins surpassed him as innings top scorer.