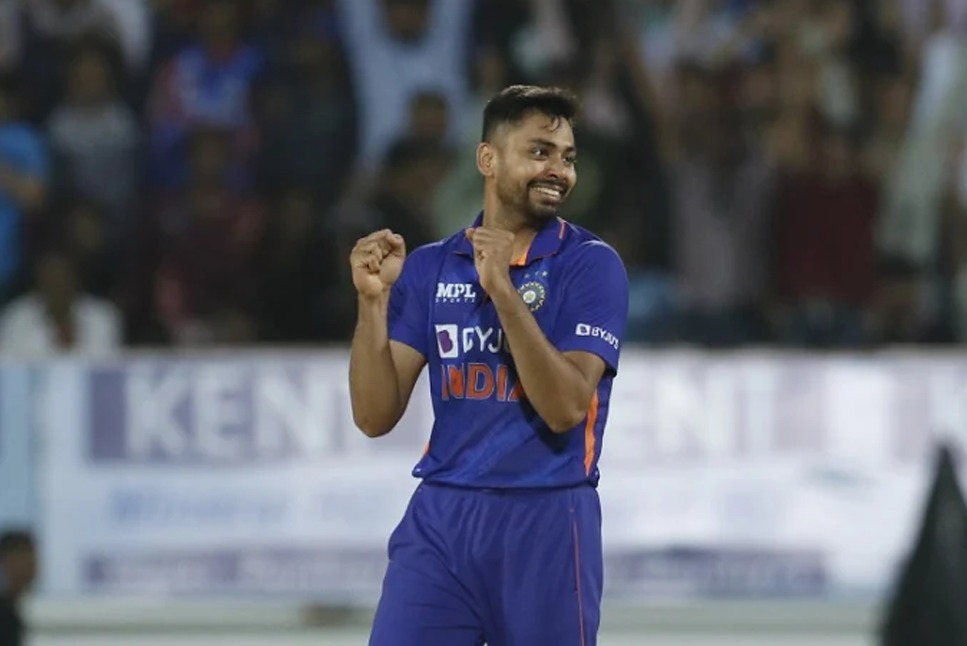 IND vs SA Live: India vs South Africa Live – Indian pacer Avesh Khan repaid the selectors by giving his career-best performance against South Africa to help the hosts level the series at 2-2. Khan’s fiery spell of 4/18 also helped India register their highest T20I win. Banking on his performance in IPL 2022, Khan was selected to be a part of the India vs South Africa series, and today he showed his worth. Follow All IND vs SA T20 Series LIVE Updates and Scores on InsideSport.IN.

It was a must-win game for India and an all-around performance from the men in Blue, helped the hosts bring parity to the series. However, the star of the Indian show was Avesh Khan. Determined to prove his worth, Avesh bagged four important wickets to completely dismantle the Proteas batting order.

Dwaine Pretorius, Rassie van der Dussen, Marco Jansen, and finally Keshav Maharaj all fell victim to Avesh Khan. Such has been the terrific bowling of Khan and the entire bowling department that only 3 proteas players managed to score runs in double digits.

Khan had a disappointing run in the first three matches of the series where he failed to bag a single wicket and was quite expensive in leaking runs. However, things were different today. Avesh Khan gave away just 18 runs in 4 overs but managed to pick up 4 crucial wickets and thereby guarantee victory for India.

Avesh Khan had a good run for Lucknow Super Giants in IPL 2022 where he became the highest wicket-taker on his side. In 13 games he managed to pick up 18 wickets with an average of 23.11.