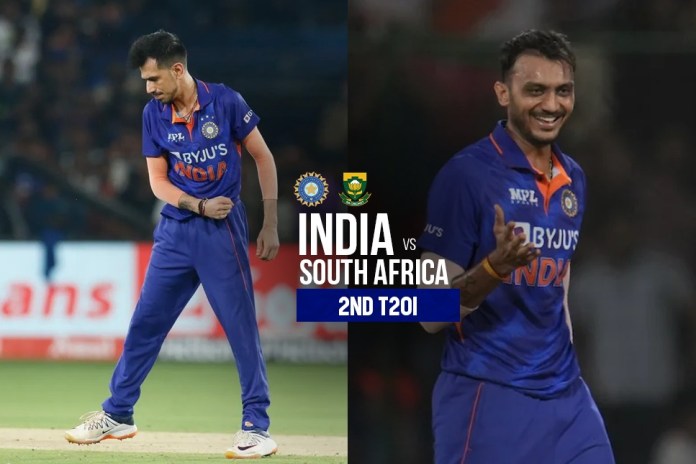 IND vs SA LIVE: India’s struggle to find the right spin combination in their T20 squad continues after the Axar Patel – Yuzvendra Chahal combination once again failed to make an impact on Sunday. Heinrich Klassen tore into the Indian spinners in Cuttack to hand Proteas a 2-0 series lead, leading to further questions to how Rishabh Pant and Co. can mask their spin bowling woes. Follow India vs South Africa LIVE Updates on Insidesport.IN

Rishabh Pant and India hit rock bottom on Sunday as they suffered a four-wicket defeat at the hands of South Africa at the Barabati Stadium in Cuttack. Defending 149, Heinrich Klassen ripped apart the Indian spinners in shreds to mark yet another unsuccessful day for the India tweakers in T20Is. At Cuttack, the Indian spinners Axar Patel and Yuzvendra Chahal combined for 1/68 in five overs in yet another disappointing outing.

In the first T20I, Chahal and Axar had combined for figures of 1/66 in 6.2 overs, again conceding in excess of 10 runs an over. Spin has been a problem for India ever since the T20 World Cup last year, with a host of options and combinations being tried and tested but to no avail.

Speaking after the match of the post-match show on Star Sports, former South Africa captain Graeme Smith said that India would want to tweak their combination when it comes to spin for the next game. The CSA chief said, “I think India should make a change. The obvious change is Axar Patel. He is not contributing much with the bat. India can bring in Deepak Hooda who can bowl spin as well.”

Former India captain Sunil Gavaskar also voiced his concerns and believes that the set up of the Indian team has to change should they want to make an impact in the shortest format of the game. He said, “India have to tinker the combination. It’s pretty obvious. I am not Chetan Sharma. So, I won’t say who should be dropped. But India need to change things if they want to win the series.”

In a big selection headache for young captain Rishabh Pant, barring Axar Patel and Yuzvendra Chahal, only Ravi Bishnoi is a frontline spin option in the team. Kuldeep Yadav, who wass named earlier in the team, pulled out due to injury and the selection committee did not name a replacement. Deepak Hooda, another member of the squad, can chip in with his off-spin, but the Lucknow Super Giants is considered more as a “part-time” option by the Indian side.