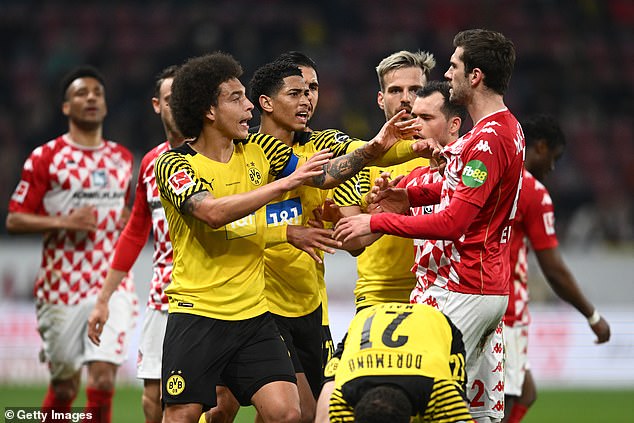 Axel Witsel scored an 87th-minute goal to give Borussia Dortmund a 1-0 victory at Mainz 05 on Wednesday as they closed in to within four points of Bundesliga leaders Bayern Munich.

In a rescheduled game, postponed 10 days ago due to a large number of COVID-19 cases in the Mainz team, Belgium midfielder Witsel volleyed in at the far post from a Gio Reyna free kick.

Dortmund had been largely toothless until that stage with substitute Erling Haaland’s 67th-minute shot that was turned wide by keeper Robin Zentner their best chance, until Witsel broke the deadlock. 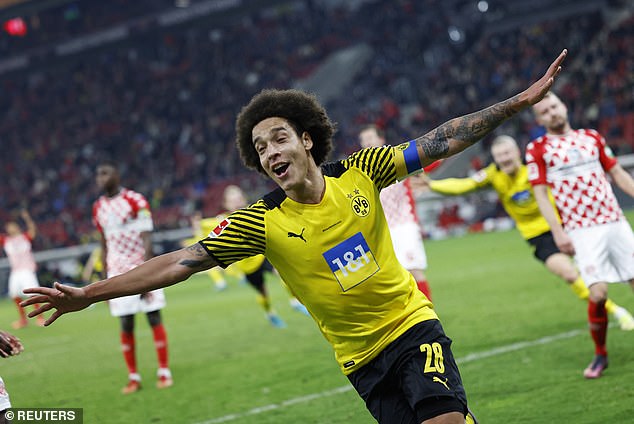 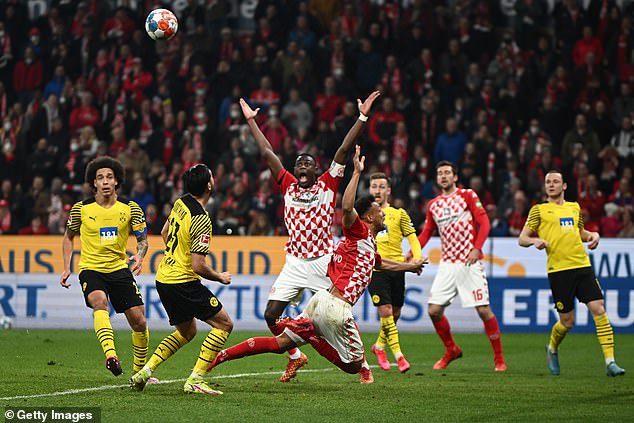 Marco Rose’s side now sit just four points behind the German powerhouse as they head into the final stretch of the season.

But the game itself had few highlights as it was punctuated by many fouls, niggles and disagreements.

Dortmund midfielder Marius Wolf and Mainz counterpart Stefan Bell were booked before the break after a shoving match broke out at the culmination of increasingly frayed tempers. 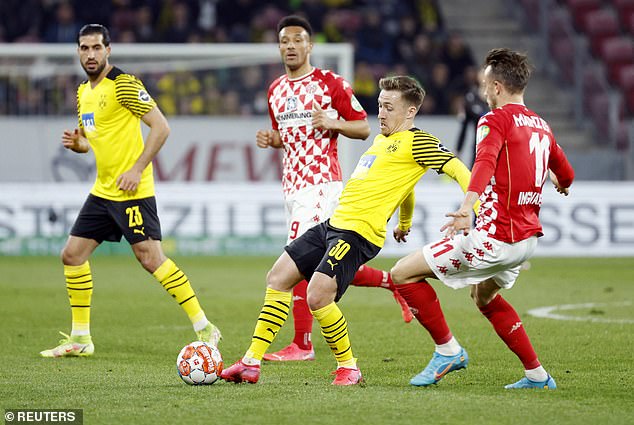 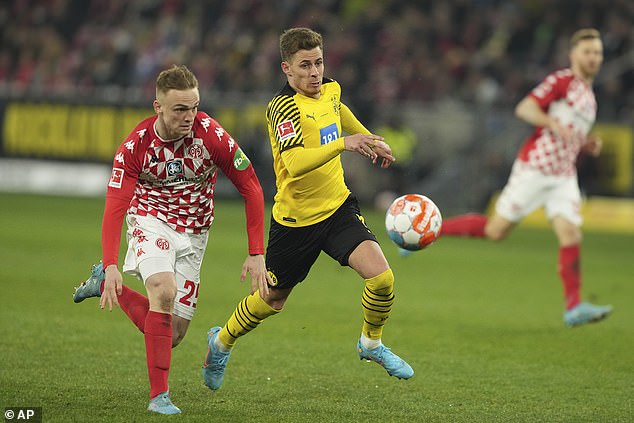 There was another flare-up at the end when Jude Bellingham was fouled by Anderson Lucoqui, who was booked.

Witsel was also booked in injury time, for a tactical foul, before Reyna drew a great save from Robin Zentner with another free kick.

The teams were originally down to play on March 6 but the game was called off due to a coronavirus outbreak at Mainz.

Bo Svensson’s team also had its next game at Augsburg called off with at least 20 members of the squad and coaching staff infected with COVID-19. The Augsburg game was postponed to April 26.

The Mainz team showed no ill effects from the enforced break as it frustrated Dortmund’s attack and might have scored itself with Jonathan Burkardt blocked by Emre Can in the best chance of the first half.

Dortmund coach Marco Rose brought Erling Haaland on for Wolf to energize his lackluster attack in the 57th, then Reyna and Julian Brandt.