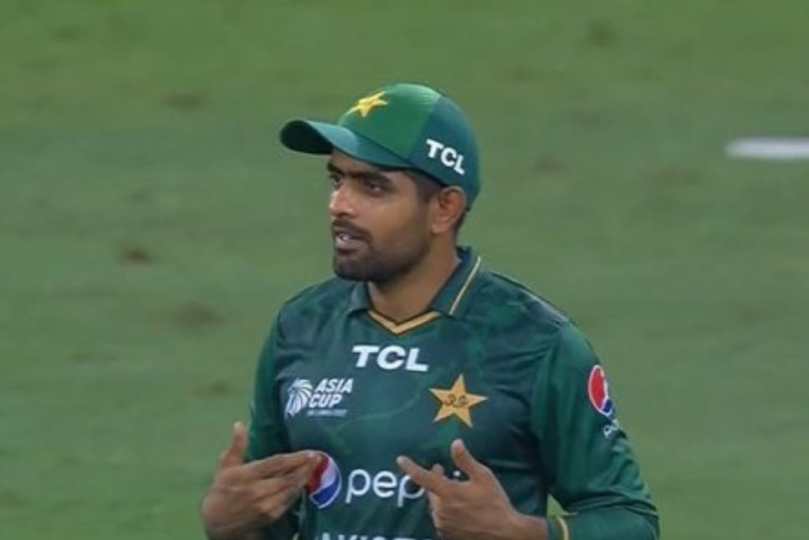 The incident took place on the 16th over of the game. Hasan Ali bowled a short and wide delivery to Dasun Shanaka outside the off stump. The SriLankan batter tried his best to guide it back to the wicketkeeper. However, there was no contact between the ball with the bat.

Pakistani wicketkeeper Mohamad Rizwan jumps up and tries to convince the umpire that he has heard a sound and therefore it is a catch. Umpire Anil Chaudhary sticks to his decision of ruling it as not out. However, an excited Rizwan appeals for the DRS which the Indian umpire agrees and therefore signals the third umpire.

Look at them😂😭 Babar was stunned for a while thinking what’s happening 😂😭 and I guess umpire really thought Rizwan is the Captain. Their laugh>> pic.twitter.com/MIa1zFROTy

In the meantime, Pakistani skipper Babar Azam stunned by the events that followed expresses his anger and fumes at the India umpire by shouting “I am the captain” and only the captain takes the call to ask for a DRS. On the flip side, the third umpire sees a flat line on the ultra edge thereby concluding there is no contact of the ball with the bat and upholds Chaudhary’s decision as Pakistan loses a review.

SriLanka registered a fine 5-wicket win to top the Asia Cup 2022 Super Cup points table. The two sides will once again clash against one another on Sunday for the all-important finals.