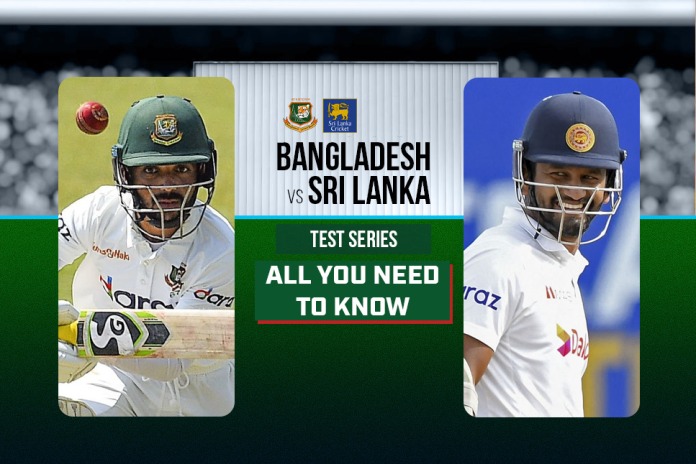 BAN vs SL LIVE Broadcast – Bangladesh vs SriLanka 1st TEST LIVE: The first test between host Bangladesh and Sri Lanka will start on Sunday. The two-match Test series will be LIVE Streamed in India on FanCode. The Test series is a part of the World Test championship. The last time Sri Lanka toured Bangladesh was in 2018 with the Island nation won the series 1-0. Follow BAN vs SL Live Streaming with InsideSport.IN

The tour will consist of only these two Test matches. While the first Test begins at Chattogram, the second match will be held from 23 to 27th May at Sher-e-Bangla Cricket Stadium, Dhaka.

Recent form of both the teams

Bangladesh have put in some good performances in the longest format of the game in recent times. They started 2022 on a terrific note by winning their first-ever Test match at New Zealand by defeating the Kiwis by eight wickets at Bay Oval, Mount Maunganui.

The two match series was drawn as New Zealand won the second Test. They then went to South Africa but didn’t had success in red-ball cricket as they lost the two-match series 0-2.

At the ICC World Test Championship points table, they are currently placed at the eighth spot, having won just a solitary game and a win percentage of 16.66.

Sri Lanka’s last Test series was against India earlier this year. Playing in India, the visitors were completely dominated by Rohit Sharma’s men as they lost the Test series 0-2, which includes an innings defeat.

Dimuth Karunaratne’s men have played only two Test series so far in the current WTC cycle. They are currently placed at the fifth spot on the points table with a win percentage of 50%.