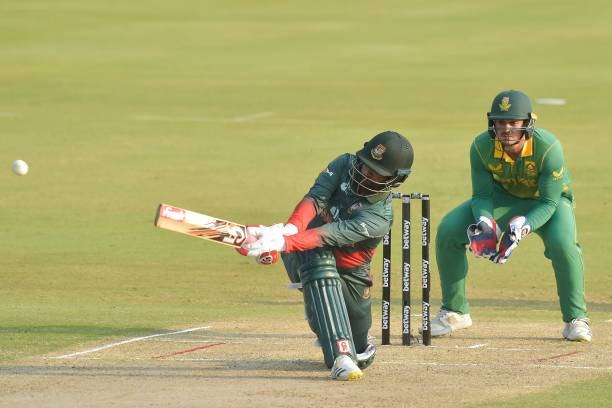 Bangladesh: Expect the visitors to stick with the side who have taken them to within one win of their first successful series in any format in South Africa.

South Africa vs Bangladesh LIVE – 3rd ODI Live Updates: The Tamim Iqbal-led side now just have to show some consistency in the third ODI to win a historic series in South Africa.

What Bangladesh needs to do to WIN?

Runs from the likes of Litton Das, Yasir Ali and Afif Hossain will further ease the pressure on the four senior batters.

Tamim Iqbal and Shakib Al Hasan will be manning the top-order fort, while Mushfiqur Rahim and Mahmudullah, surprisingly off colour lately, will be expected to provide the flourish in the end.

Bangladesh’s bowling has also done the job. Taskin Ahmed will be leading the attack with his accuracy and searing pace. Mustafizur Rahman is the end-overs master, while Shoriful Islam has shown he is adept at both ends of the innings.

Mehidy Hasan Miraz is evolving as an allrounder, with Shakib being the backbone of the bowling department.

Quinton de Kock made his presence known in the #BetwayPinkODI 💗

Bangladesh in South Africa RECORD: South Africa has always been a bad hunting ground for the Bangladesh team. The Asian team registered their first-ever ODI victory in the 50-over format against South Africa in the first ODI match of this current ongoing series.

Bangladesh in South Africa RECORD: This is the fourth ODI series in which the two sides are meeting in South Africa. The stats are poised heavily in the favour of the hosts who have won a total of 9 games out of the 10 played over the years.

Bangladesh broke their South African jinx when they stunned the Proteas with a comprehensive victory in the first ODI. However, the tides took a sharp turn in the second ODI when mighty South Africa made a comeback and the pacers wreaked havoc on the Bangladeshi batters, with Kagiso Rabada picking 5 wickets for his side.

The 3rd ODI hopes to be an entertaining contest among the two sides with different ambitions. While Bangladesh are eager to break the thorn in the path and register their maiden ODI series victory in South Africa, the Proteas will be proud of their performance in the previous and will try to replicate that.

Also Read: SA vs BAN 3rd ODI: Another TWIST in tale for Shakib Al Hasan, all-rounder decides to stay back for series decider

Where is South Africa vs Bangladesh 3rd ODI match being played?

South Africa vs Bangladesh 3rd ODI match will be telecast live on Star Sports in India.

How to watch live streaming of South Africa vs Bangladesh 3rd ODI match in India?

The live streaming of South Africa vs Bangladesh 3rd ODI match will be done via Disney+ Hotstar.