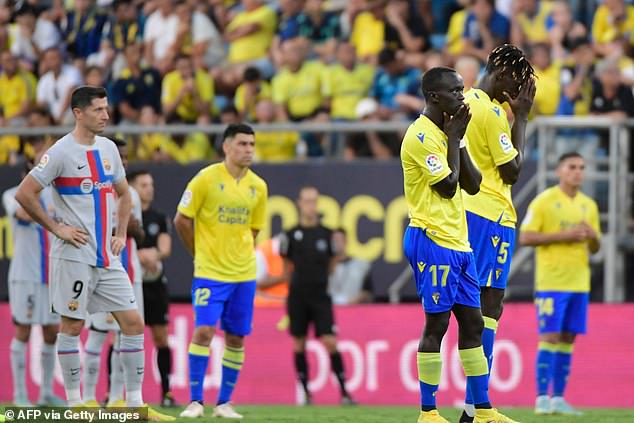 Barcelona’s win over Cadiz was stopped for an hour when a supporter suffered a heart attack.

There were 81 minutes on the clock and Barcelona led 2-0 when it became apparent there was a problem behind the south goal.

Players from both sides looked on in concern and Cadiz goalkeeper Conan Ledesma could be seen sprinting across the pitch with a defibrillator towards the incident. 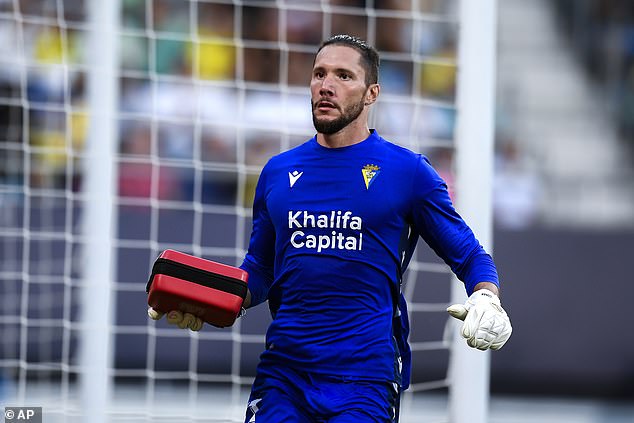 Barcelona defender Ronald Araujo and his Cadiz counterpart Fali could be seen praying as the delay continued and it became clear that the situation had not been resolved.

Ledesma raised his thumb towards fans behind the goal but the lack of a positive response from supporters was confirmation that there was still a major problem and an eerie silence descended on Cadiz’ Nuevo Mirandilla stadium before the two teams were eventually taken off.

Cadiz substitute Jose Mari could then be seen sprinting down the touchline with a stretcher, before making his way with a Red Cross worker to the patient.

The game was suspended for an hour and Cadiz president Manuel Vizcaino told Spanish radio that the fan had been successfully resuscitated and taken to hospital. 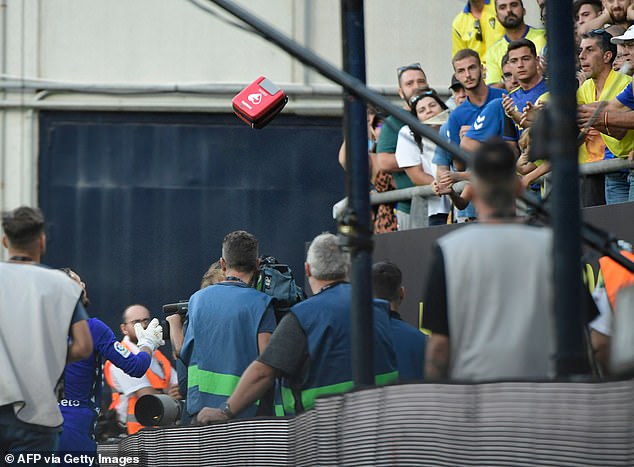 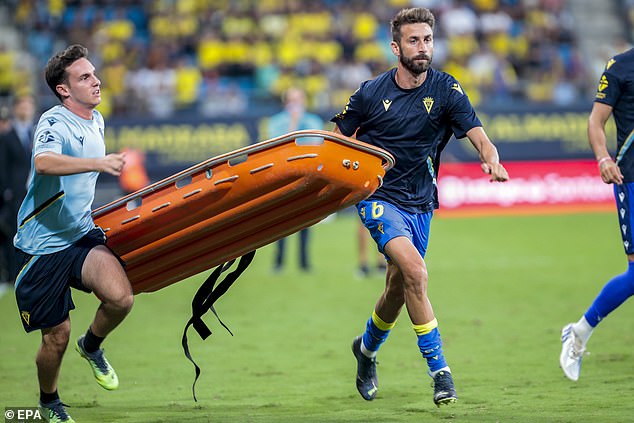 When the game restarted Barcelona built on to their 2-0 lead earned thanks to goals from Frenkie de Jong and Robert Lewandowski who had taken just nine minutes to score his ninth goal of the season in all competitions.

With Bayern Munich to face on Tuesday Xavi left the Pole on the bench alongside Pedri and Ousmane Dembele and Barcelona toiled without them in the first half.

The closest they came to breaking the deadlock before the break was when the outstanding Gavi slipped the ball through for Raphinha and his shot pinged back off the post.

Cadiz have not scored all season and came close to breaking their duck when Fede San Emeterio shot over from inside the penalty area. Barcelona’s goal came shortly afterwards. 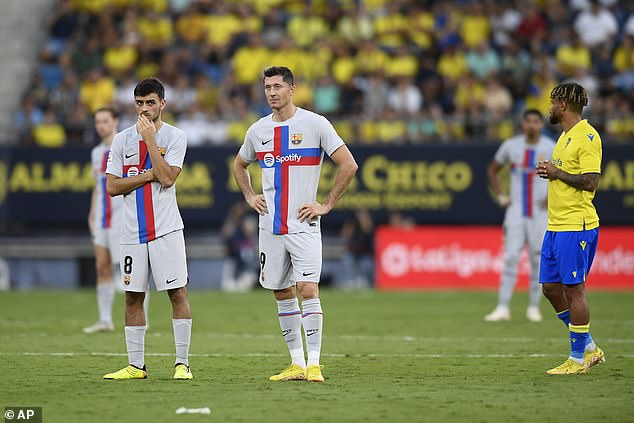 Xavi was preparing to bring on his three super-subs when the deadlock was broken.

Gavi burst through on to Raphinha’s pass and his cross cannoned out to Frenkie de Jong who scored.

On 56 minutes Lewandowski came on and before minute 66 he had scored. The goal was from two yards out but showed all the desire of a player determined to score 50 goals again this season. He came hurtling into score after Raphinha had crossed from Hector Bellerin’s cross. The former Arsenal man playing his part in the goal on his debut.

Xavi had gambled with a below strength starting IX but always knowing that Lewandowski would not need long to make an impact if necessary.

Gerard Pique started the game in the centre of Barcelona’s defence as Jules Kounde was also rested.

Marcos Alonso was also used as a late substitute. The former Chelsea defender made his debut coming on with 12 minutes left. Ansu Fati also got minutes and he scored the third when the game restarted. Lewandowski had set-up the third and he assisted Dembele in added time to make it 4-0.