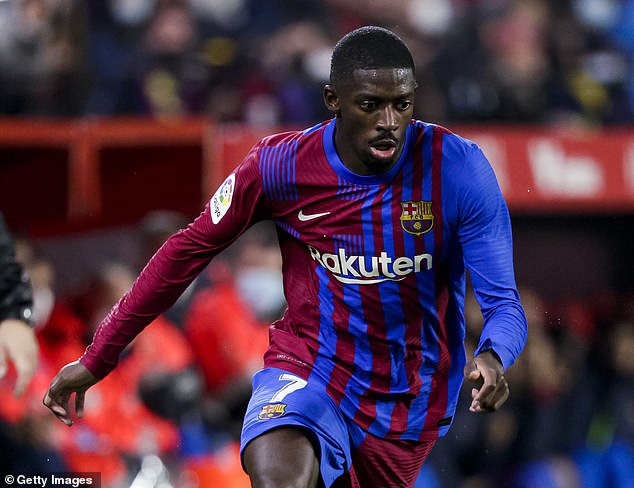 Barcelona president Joan Laporta believes Ousmane Dembele has already agreed a summer move to another team with the France international in the final six months of his contract at the Nou Camp.

Dembele was linked with a transfer in the January window as it represented the last opportunity for Barcelona to cash in on the forward but a move failed to emerge.

He will now stay with the Catalan club until the end of the season but Laporta does not believe they can convince him to stay beyond that. 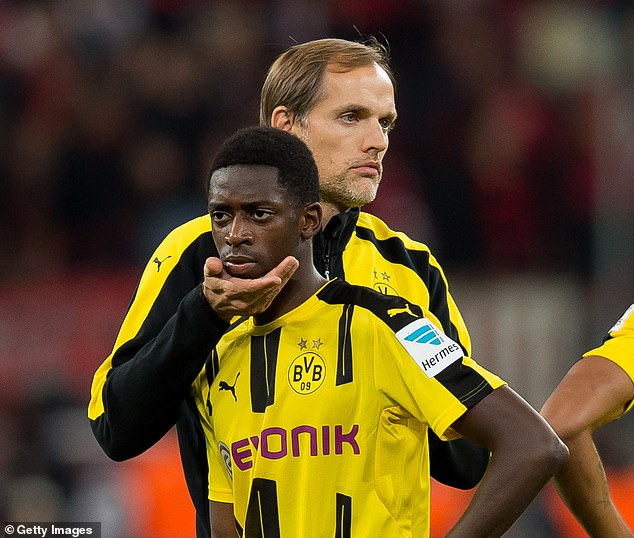 Speaking on Tuesday at a press conference, Laporta said: ‘The Dembele thing is difficult to understand.

‘Dembele is in the team and Xavi has to build a competitive squad with players who have a future at this club.

‘We think that Dembele already has a contract with another club, they have insinuated that to us. What we will do is defend the interests of our club.’

The 24-year-old has been linked with a move to Chelsea at the end of the season, with Sky Sports reporting that the Stamford Bridge outfit are interested.

Dembele worked with Chelsea boss Thomas Tuchel at Borussia Dortmund before leaving for Spain in a £96m move in 2017. 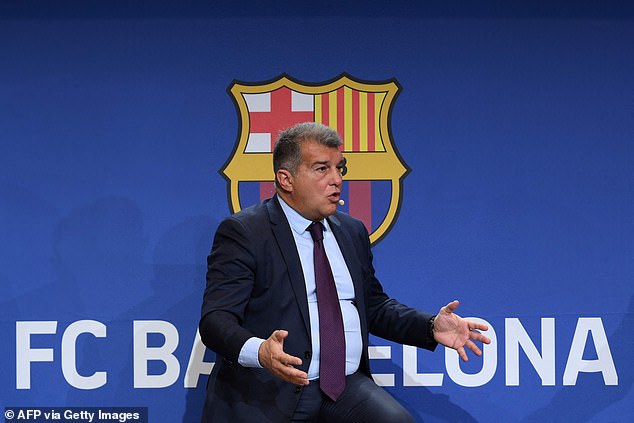 Earlier in the window, Tuchel discussed Dembele’s situation at Barcelona and revealed his admiration for the player he worked with for a season in Germany.

‘I have no idea about his situation with Barca,’ said the Chelsea manager. ‘He is a very good player when he is in good shape. I was very lucky to train him at Dortmund. It only lasted a year but I wish it had been longer. I left and so did he.’

But for the time being, Dembele will have to focus on Barcelona’s fortunes.

Their season resumes at the weekend with a match against Atletico Madrid – victory would take Barcelona back into the top four.