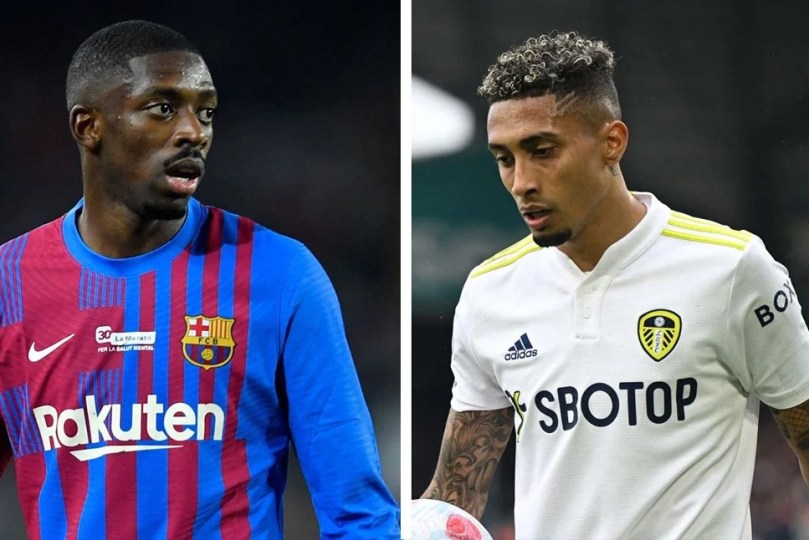 Football Transfer news: Barcelona on Ousmane Dembele and Raphinha – Ousmane Dembele is close to signing a two-year contract extension at Barcelona, with a deal for Leeds winger Raphinha also now agreed. The summer transfer window headlines have been dominated by Barcelona, who despite in being complete financial disarray, are involved in a number of deals for some of the world’s best players. Follow Latest Football News LIVE with InsideSport.IN

Barcelona bid for Raphinha has been improved in the last 24 hours, still not matching £60m Chelsea bid accepted by Leeds. Raphinha wants to wait for Barça. 🇧🇷 #FCB

Ousmane Dembélé accepted the new contract proposal, but now it depends on Barça.

Discussions are ongoing with Manchester United over the potential sale of Frenkie de Jong, and even though president Joan Laporta has insisted that he doesn’t want to let the Dutchman go, his departure could be pivotal to unlocking a number of other deals for Barca.

The French winger’s Camp Nou career has been up and down to say the least and it has seemed a near certainty for months that he would be leaving the club as a free agent.

That’s because a move for Leeds winger Raphinha is also now agreed, 90min has learned, with Leeds accepting a revised offer from Barcelona worth around €60m. The payment will still be staggered into a number of instalments, with various performance related add-ons also included, but provides Jesse Marsch’s side with more favourable terms.

Personal terms have long been agreed with Raphinha and his agent Deco, and the 25-year-old has essentially been waiting for Barcelona to find a way to finance the deal – he’s always wanted to prioritise a move to Camp Nou ahead of Premier League duo Chelsea and Arsenal.

Ousmane, waiting for FCB to decide.
Raphinha, part of this ‘domino’. pic.twitter.com/M1mCVqT457

Barcelona must now green-light both deals and decide which order to complete them in, while they continue to work on Lewandowski, Cesar Azpilicueta and Marcos Alonso – the duo both long-term targets who were discussed during a meeting with new Chelsea co-owner Todd Boehly earlier this week.