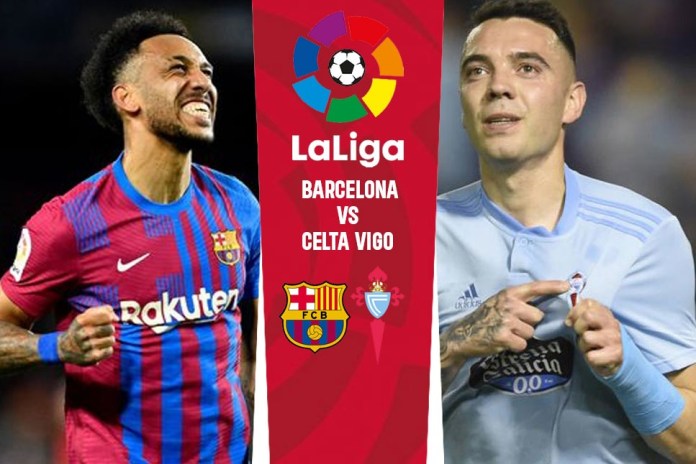 Barcelona vs Celta Vigo LIVE: watch La Liga Live streaming – With a top-four finish now guaranteed, Barcelona continue their La Liga campaign against Celta Vigo under the lights of Camp Nou. The Blaugrana made sure of Champions League qualification by beating Real Betis 2-1 at the weekend, while the visitors cruised past Alaves 4-0. Follow InsideSport.IN for the latest La Liga updates

Barcelona have lost Sergio Busquets to suspension for Tuesday’s game after he picked up his 10th yellow card of the season in the win over Betis – not ideal with Nico Gonzalez, Sergi Roberto and Pedri all out for the season with injuries.

Gerard Pique and Sergino Dest also remain on the sidelines, and Xavi will hope to have Marc-Andre ter Stegen back at his disposal after the German goalkeeper missed out at the weekend due to a stomach bug, but Neto did come up with some vital saves on the night.

Riqui Puig is seemingly set to come into the midfield with Busquets on the naughty step, while Memphis Depay failed to impress in attack at the weekend and will surely make way for the returning Pierre-Emerick Aubameyang.

Despite his opener against Betis, Fati may continue to build up his fitness from the bench, allowing Ferran Torres to link up with Aubameyang and Ousmane Dembele in the final third.

Celta Vigo’s treatment room is near-empty at the minute, with only Hugo Mallo expected to miss out as he works his way back from a patella fracture.

While Coudet will take the quick turnaround into account, the Celta boss will be loath to alter the XI that put Alaves to the sword at the weekend, with Renato Tapia and Nolito ready to make an impact from the bench again.

Barcelona vs Celta Vigo LIVE: When, Where, How to watch the live streaming of La Liga matches?

When will Barcelona vs Celta Vigo be played? – Date

Barcelona vs Celta Vigo will be played on 11th May 2022

What time will Barcelona vs Celta Vigo be played? Time
BAR vs CEL will kick-off at 1:00 AM IST

Where will Barcelona vs Celta Vigo be played? – Venue
BAR vs CEL will be played at Camp Nou

Who will be the Match Official for Barcelona vs Celta Vigo? Referee

Miguel Ortiz will be the referee for the game