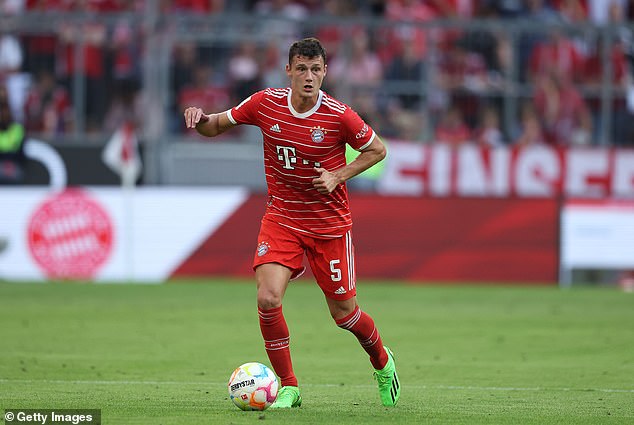 Bayern Munich’s Benjamin Pavard has publicly flirted with the idea of joining Manchester United or Chelsea in future.

The French defender attracted interest from several top European clubs this summer, before being persuaded to remain with the Bundesliga champions.

And Pavard, who told Telefoot that he received offers from ‘different clubs’ in the transfer window, refused to rule out a move to the Premier League. 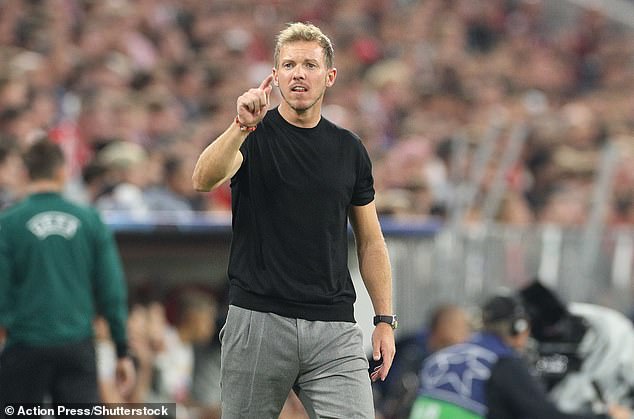 The French defender, 26, revealed manager Julian Nagelsmann persuaded him to stay at Bayern this summer despite receiving offers from several ‘different clubs’ across Europe

He said: ‘I questioned myself, I had calls from different clubs with my agent. Afterwards, I had the Bayern coach with whom we spoke and with whom we have a good relationship.

‘He made me understand that I was in his plans, that I was important for the team. Maybe one day I will go to one of these clubs, you never know what the future holds.

‘I’m still a year at Bayern Munich. Afterwards, we have time to project ourselves.’ 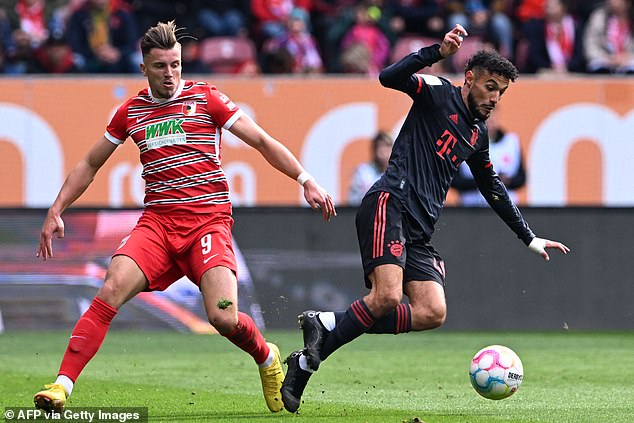 The 26-year-old, who can play as a right back or centre half, started the German giants’ first five matches this season but has been replaced by summer signing Noussair Mazraoui in the last two league games.

Pavard, who joined from Stuttgart in 2019, has a contract until summer 2024 with Bayern, where he has won three league titles and a Champions League trophy.