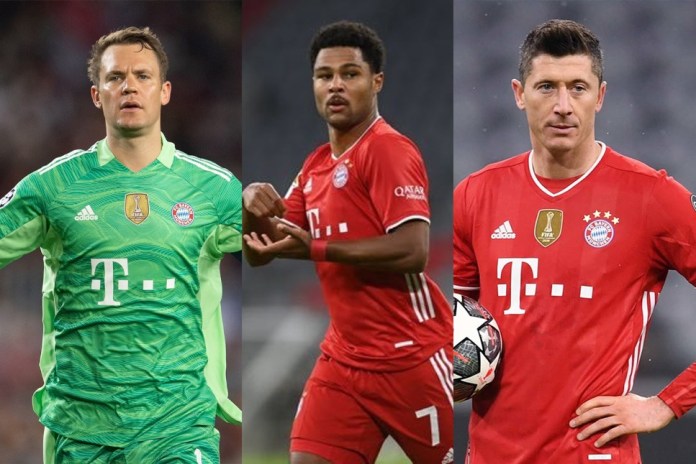 Bundesliga: Robert Lewandowski death threats  – Players from Bayern Munich such as Robert Lewandowski, Manuel Neuer, and Serge Gnabry have received death threats. In the letter received it’s mentioned that these players are to be shot. An anonymous mail was received by second-tier team St Pauli last month. It is now being examined by the State Criminal Police Office in Hamburg. The police have also started an investigation and are looking into the matter. Follow InsideSport.IN for the latest sports news and updates.

Our turn to get back to @ChampionsLeague action ✨

The letter said, “Save the league, save football, fire, and death to the dirty Bavarian pigs.” The star players of Bayern Munich are all reportedly the subject of threats. It included names like Robert Lewandowski, Manuel Neuer, and Serge Gnabry.

German second-tier team, FC St. Pauli reported a letter that they received from an anonymous source. They immediately reported it to the police on January 12th in Hamburg.

Florian Abbenseth, a spokesperson for Hamburg police said, “We are investigating on suspicion of a threat and disruption of public peace through the threat of criminal offense. We are also examining the background.”

Even the referees have been threatened. Meanwhile, the letter has been turned in to the State Criminal Police Officer in Hamburg. It is now being examined for fingerprints and DNA traces. The German Football Association (DFB) has also been informed of threats aimed at the Bundesliga referees.

Bayern Munich are all set to feature in the Bundesliga on 20th February when they take on Greuther Furth at the Allianz Arena. But right now their main focus is on the tie against Red Bull Salzburg.

Bayern Munich will travel to the Red Bull Arena in the first leg of the Champions League Round of 16 match. Robert Lewandowski, Manuel Neuer, Serge Gnabry, and the rest of the squad are all geared up for the match.