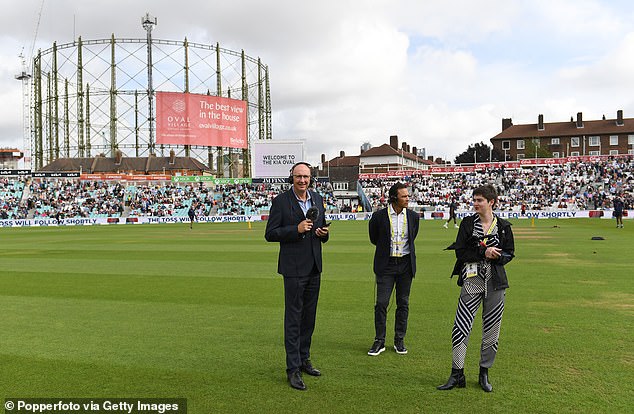 BBC team in UK for Pakistan tour: the broadcaster is to provide radio commentary of England’s four Twenty20 matches remotely, despite holding the rights to air the historic series

BBC radio will provide commentary of England’s historic tour of Pakistan via television pictures beamed into their UK studios, despite holding the broadcast rights to the Twenty20 series.

A member of the Test Match Special team said that the decision had been made for ‘logistical reasons’ but that a sports news reporter would be on hand in Karachi, the venue for four games in six days starting from Tuesday. England are on their first tour of Pakistan for 17 years and will return for three Tests in December. The BBC also hold the rights to that.

A BBC spokesperson said: ‘How we cover events can vary but we guarantee that our audiences will get all the action they expect from 5 Live and 5 Sports Extra with commentary and live coverage from the series.’

However, the lack of presence on the ground this month was brought into focus when one of the Beeb’s own commentators Aatif Nawaz tweeted: ‘To everyone asking: Yes…I’ll be part of the BBC’s broadcast team for England’s T20 & Test Series in Pakistan.

‘We’ll be broadcasting the T20s remotely from the UK and the Tests directly from Pakistan. I don’t make these decisions. I just call the games when & where I’m asked.’

Sky Sports will take their feed from the Pakistan Cricket Board, who are host broadcasters and include Sky’s Mark Butcher in their team for the seven-match series.

The former England opener will also feature in live links to presenter Ian Ward back at Sky.

The BBC’s radio cricket team will cover England’s T20 matches in Pakistan remotely, not in Asia