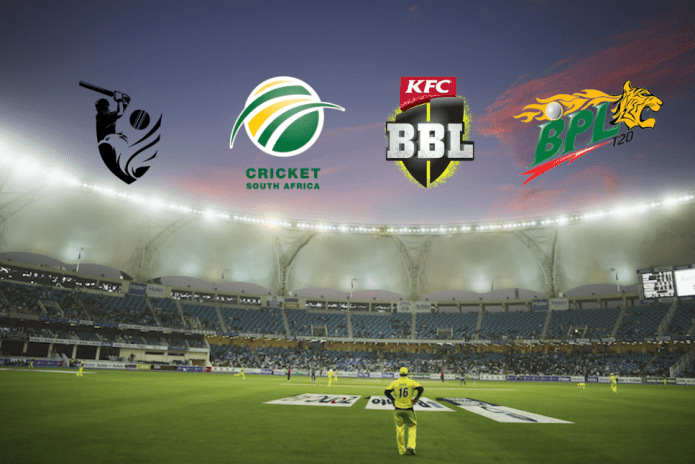 T20 League Clash: Franchise leagues all over the globe will wrestle for player availability as four T20 competitions will tussle with each other. The Big Bash League (BBL) will collide with the newly drafted CSA League ans the UAE T20 League, alongside the Bangladesh Premier League (BPL). Follow all cricket news and updates on Insidesport.IN

UAE T20 League to be called International League T20, set to debut in January-February before PSL 2023

The newly drafted UAE T20 League will add to the jampacked new year T20 calendar as top franchise leagues will battle for player availability. The UAE T20 League, now named the ILT20, is expected to be held between January 6 and February 12.

The window is already packed as things stand with the BBL and BPL seasons set to scheduled in the same time frame. The newly formed CSA T20 League will also take up the same slot in the calendar, while an extension into February could also see clashes with the Pakistan Super League.

While no schedules have been made official, the BBL was held from December to January last season, while the BPL will take place from January to February. The PSL kicked off in late Feb during its last season, and the South African league is also expected to begin in January.

The International T20 League will attract a fair amount of international stars considering the ownership ties with the IPL franchises. Reliance Strategic Business Ventures Limited, a subsidiary of Reliance Industries Limited, the owners of Mumbai Indians, GMR Group, co-owners of Delhi Capitals, the Knight Riders [Kolkata and Trinbago] franchise owners, The Glazers, owners of Manchester United Football Club have all bought teams and many could very well recruit from their IPL sides.

Additionally, IPL’s most successful sides Mumbai Indians and Chennai Super Kings are interested in buying teams in the CSA T20 League, while a Kevin Pietersen led consortium is also interested.

While the players will have to pick and choose between teams all over rhe globe and their international commitments, the packed calendar will represent more opportunities for the local talent, especially in an associate nation like UAE.

It is vitally important, that through this tournament UAE-based players continue to flourish which is one of the objective of this League,” Khalid Al Zarooni, chairman of the ILT20, said.

Follow InsideSport on GOOGLE NEWS/Follow All Cricket news and LIVE Updates and Scores on InsideSport.IN.