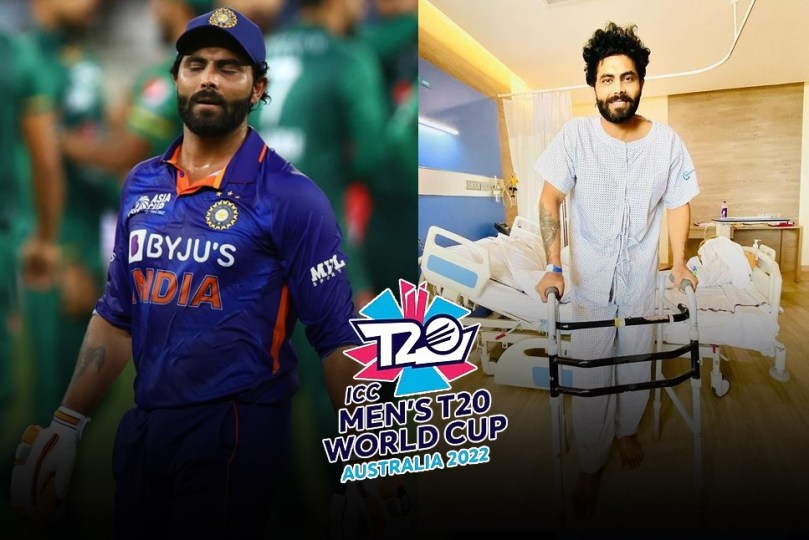 India T20 WC Squad: Ravindra Jadeja Freak Injury: In a classic example of how an unnecessary team bonding activity can ruin everything,…

India T20 WC Squad: Ravindra Jadeja Freak Injury: In a classic example of how an unnecessary team bonding activity can ruin everything, Ravindra Jadeja will be cited in every session. India’s premier spin-bowling all-rounder is out of T20 World Cup 2022 after undergoing an emergency knee surgery. But it did not happen due to cricket. It happened because team activity forced Jadeja to balance on a ski-board, leading to injury of his already struggling knee. It has left BCCI furious as the entire thing could have been completely avoided before the mega event. Follow T20 World Cup 2022 LIVE Updates on InsideSport.IN.

As part of team bonding activity, players take day off from training and rigorous practice and spend time together. They go on lunch or dinner together or holiday spot. The light-hearted nature of the activities takes their minds off cricket and helps them perform better. If that was part of industrial psychology, Jadeja’s incident will give them a lesson on physiology.

“He had to balance himself on some kind of a ski-board as part of an adventure activity – not part of the training manual at all. It was absolutely unnecessary. He slipped and twisted his knee badly, which led to a surgery,” TOI quoted sources on the development.

How did Ravindra Jadeja get injured? Before the Asia Cup India vs Pakistan Super 4 clash, India had a day off. The team management decided to go for a team activity at the team hotel in Dubai. Jadeja had to balance himself on a ski-board as part of water-based training activity. While it was fun, it helped them in gaining better balance.

But it went horribly wrong for Jadeja. The fact is that Ravindra Jadeja was already struggling with his knee. He missed three T20Is against West Indies with knee issues. But it was the team activity that ended his chance of being in the World Cup. At the backwater facility in the hotel, he did exactly what he asked of. And by doing so, his already injured knee gave up.

Ravindra Jadeja was rushed back to Mumbai where he underwent a major knee surgery under orthopaedic surgeon Dr Dinshaw Pardiwala. But as the recovery period is long, he has been ruled out of the T20 World Cup.

BCCI furious with team management: However, the serious thing is that the training activity is not part of any training manual. Rather, it was an invention of an individual, who was very much aware of Jadeja’s underlying knee problem. While the BCCI is right to be furious, they are also unhappy with Head coach Rahul Dravid.

That Dravid did not stop the incident from happening despite knowing the risk and hasn’t said anything about it made BCCI fuming. But as things stand, Jadeja is out of the T20 World Cup and will spend nearly three months recuperating from his injury. Furthermore, his future in playing all three formats is also doubtful due to the seriousness of the injury and the string of injuries he has had.

“What’s surprising here is, Head Coach Rahul Dravid hasn’t ‘lost his cool’ given how the injury occurred. Ideally, one would have expected Dravid to question this entire process. All said, the bottomline is – India will travel to Australia without Jadeja,” sources told TOI.