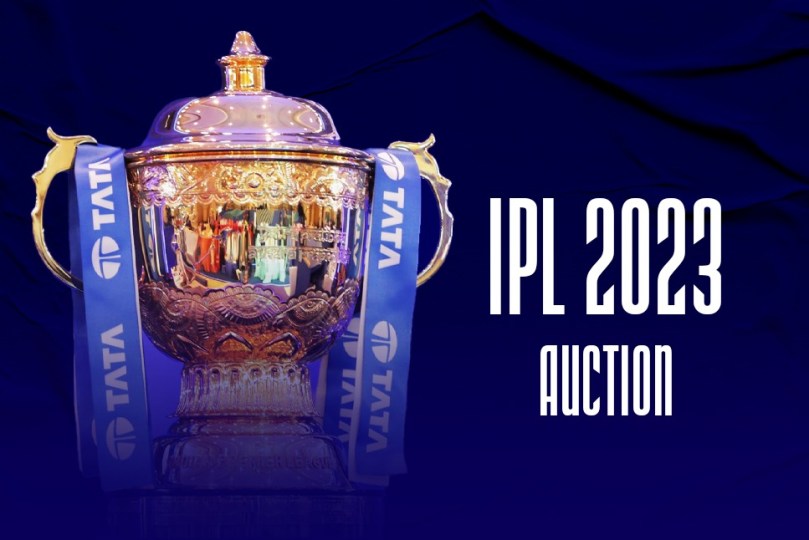 IPL 2023 Auction Date: The time for IPL 2023 mini-auction is here. The Board of Control for Cricket in India (BCCI) is…

IPL 2023 Auction Date: The time for IPL 2023 mini-auction is here. The Board of Control for Cricket in India (BCCI) is mulling December 16 as the likely day for IPL 2023 auction. Among the changes, it will be the salary purse that will swell to Rs 95 Crore as per the blueprint BCCI set last year before IPL 2022. The trade window is currently open and will be open until a week before the auction day. Ravindra Jadeja is the hot topic of discussion during the Trade window. Follow IPL 2023 LIVE Updates on InsideSport.IN.

At IPL 2022 Auction, the salary purse was set at Rs 90 Cr. But as per plans, it will be Rs 5 Crore higher at Rs 95 Cr. For IPL 2024, it will be set at Rs 100 Cr. However, depending on the trade-ins, the salary purse may grow or shrink for franchises. While the December 16 date is being planned, it may change. The BCCI is looking at mid-December for the auctions.

It will be a short auction as we had the big one last season. The last auction was the major one and the next three will be mini auctions as the teams want to develop the squads,” a senior BCCI official told InsideSport earlier. IPL 2023 Date: As expected, the IPL is expected to start in the last week of March around 22nd or 23rd. However, a final decision is expected during auctions when the IPL governing council meets.

“The next season of men’s IPL will also go back to the home and away format with all 10 teams playing their home matches at their designated venues,” Ganguly said in his letter.

IPL 2023 Trade-In Window: As reported by this platform earlier, the window is open till 7 days before the auction. The biggest name on the IPL transfer market this year could be Chennai Super Kings’ Ravindra Jadeja. The Indian all-rounder who joined the franchise back in 2012 has fallen out with CSK.

He was unceremoniously removed from captaincy midway through IPL 2022 and MS Dhoni was reinstalled as captain. But the transition did not go well as CSK finished 9th with just four wins.

InsideSport has learnt that Jadeja hasn’t been in touch with the franchise since IPL 2022 and wants to move on. Although he has a three-year contract with CSK, he is upset with the franchise for not giving him a longer rope as a captain. Jadeja has already deleted all the photos and videos from his CSK days from his social media accounts. He has even unfollowed CSK.

However, a recent Cricbuzz report suggests that CSK are not willing to let their mega-star go. Delhi Capitals apparently made an approach too but was refused by Chennai Super Kings.