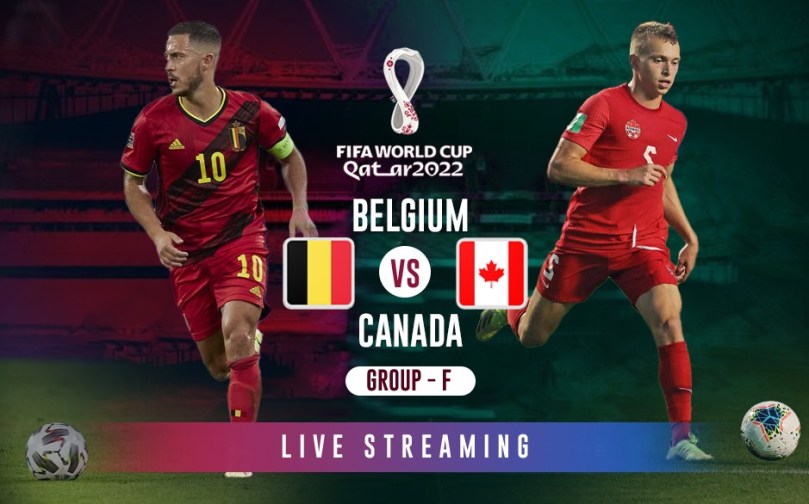 Belgium vs Canada Live Streaming: FIFA World Cup LIVE: Canada will play Belgium on Wednesday at the Al Rayyan Stadium in their…

Belgium vs Canada Live Streaming: FIFA World Cup LIVE: Canada will play Belgium on Wednesday at the Al Rayyan Stadium in their first World Cup game in 36 years. Many of Belgium’s players believe that this is their final chance to win this important trophy. Kevin De Brunye is set to lead the Belgian Red Devils as they miss out on Romelu Lukaku. Sports18 will have Belgium vs Canada Live Broadcast from 12:30 AM Thursday. Watch BEL vs CAN LIVE Streaming & FIFA WC LIVE Streaming on JioCinema & Follow FIFA World Cup 2022 LIVE Updates with InsideSport.IN.

The main question in Belgium in the run-up to the competition was whether or not Lukaku was healthy. The Inter Milan player won’t play in this tie. Hence, Michy Batshuayi will start. Lois Openda is also a possibility for the Red Devils.

But left wing-back Thorgan Hazard may get the boot for Timothy Castagne or Yannick Carrasco for his recent injury struggles. Despite his limited playing time at Real Madrid, Eden Hazard is a preference of Martinez and is likely to start on the left flank. Nevertheless, Leandro Trossard is also a strong contender following outstanding Premier League exploits.

We’re here to get a job done ✊

Steven Vitória speaks about Canada returning to the @FIFAWorldCup.#WeCAN pic.twitter.com/oruo6OThhf

Alphonso Davies, got a hamstring injury while playing for Bayern Munich two weeks ago and is unlikely to compete in this match. Dedryck Boyata and Jason Denayer were left off the roster, thus teenage centre defender Zeno Debast is expected to start. Atiba Hutchinson, the captain, will likely get his 99th cap for Canada while competing in his first major international tournament. However, Jonathan David is set to lead the attack line.

Morocco vs Croatia LIVE Score: Morocco look to cause an upset, face Croatia…