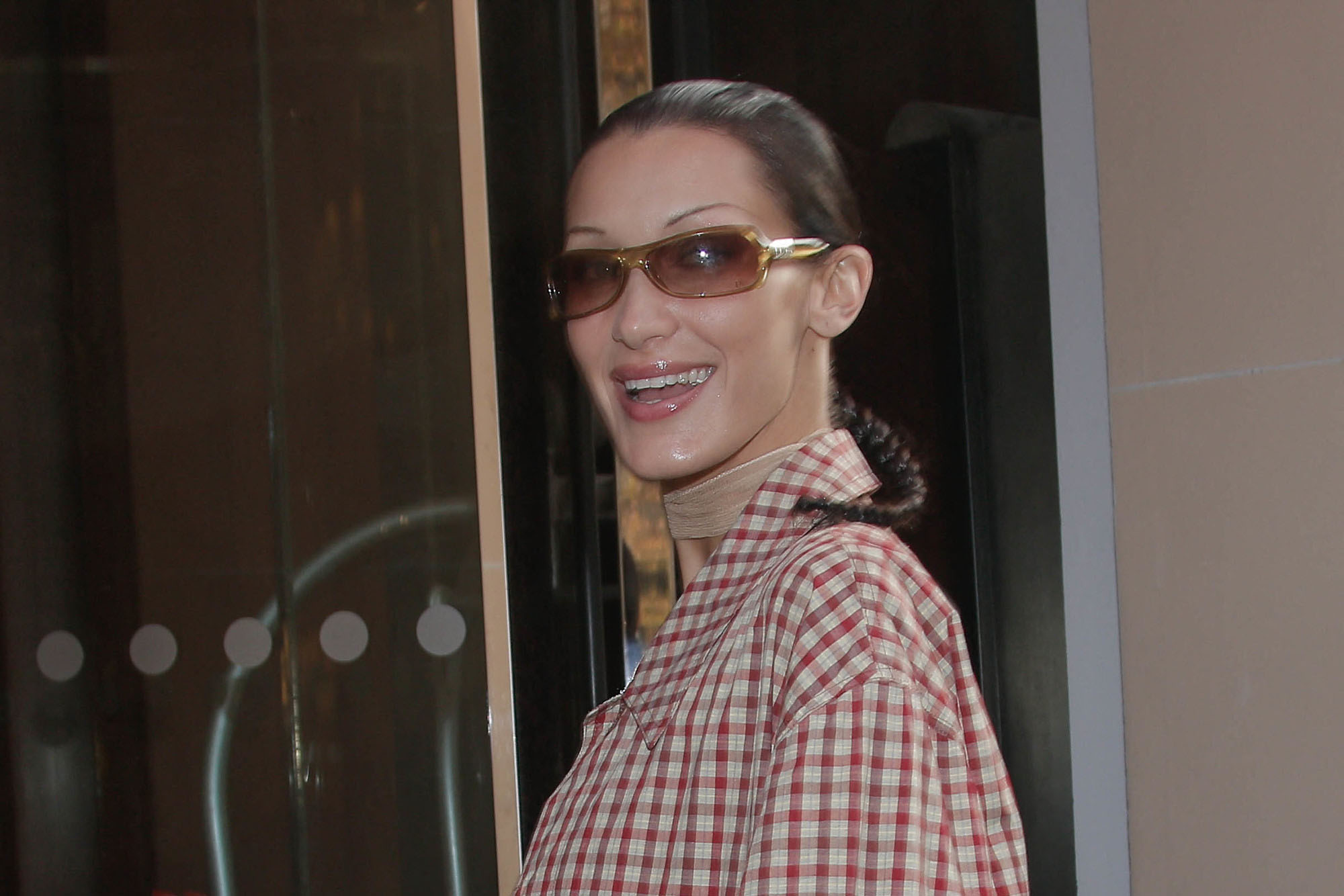 Bella Hadid was spotted arriving at her hotel in Paris wearing all the fall colors just in time for the start of October.

The supermodel wore a beige top with a thin matching scarf and a red, brown and beige gingham patterned coat. She completed the look with a low-rise midi-length denim skirt. The piece had a built-in belt.

Hadid slipped into a pair of tall brown boots covering up most of her legs. The boots had a miniature heel. Skirts and knee-high boots are a combination we often see the model wearing off-duty in the fall and winter months.

The supermodel accessorized with other designer pieces. Her bag was a limited edition Louis Vuitton X Richard Prince and her miniature sunglasses were Dior.

Sticking with fall colors, Hadid showed a fresh red manicure, and her hair was styled in a slicked-back braid.

With a street style as iconic as her runway looks, it’s no surprise that Hadid has brought back many trends from Y2K and started new ones. She’s been spotted having denim moments in all the major cities and has an extensive collection of low-rise and baggy, oversized clothing.

After turning heads at the Coperni fashion show with the show-stopping spray-on dress performance, more eyes are on Hadid and her Paris Fashion Week looks than ever before.

PHOTOS: 10 Times Bella Hadid Was Way Ahead of Shoe Trends