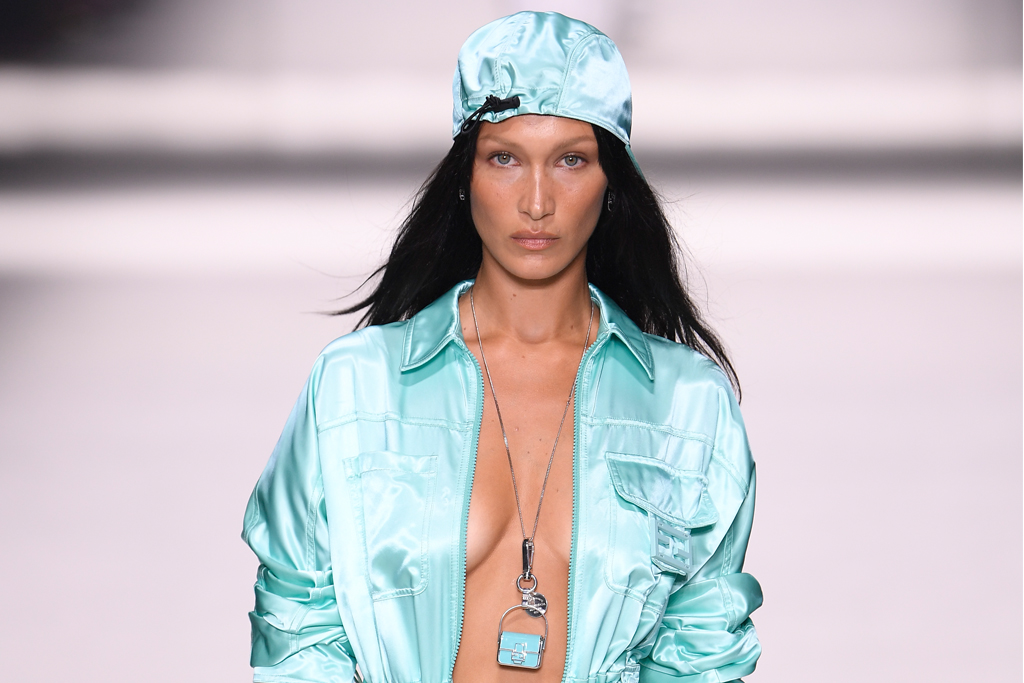 Bella Hadid is without a double a jewel of the fashion industry. And at last night’s Fendi show, the model was literally wrapped up like one — in “Tiffany Blue.”

To celebrate the 25th anniversary of its bestselling Baguette handbag, the Italian luxury brand debuted not one but three collaborations on the runway. With Silvia Venturini Fendi and Kim Jones co-directing the special collection, Fendi introduced a capsule with Marc Jacobs as well as a special Baguette style with Sarah Jessica Parker (whose Carrie Bradshaw character immortalized the bag on a certain episode of “Sex and the City” back in the early 2000s).

It also debuted a series of looks in collaborating with Tiffany & Co. The American luxury jewelry brand certainly provided some of the jewels and hardware on the runway, from piles of bracelets and layered necklaces to mini keychains depicting Baguette bags. But its most important contribution was its color. Long known as “Tiffany Blue,” the teal-blue hue could be seen on gloves

It also graced the runway on Bella Hadid, in a satin jumpsuit that dressed the supermodel in the same color as Tiffany & Co.’s iconic gift boxes. Unzipped down to the navel, the flight suit featured plenty of zippers and cargo pockets and was completed with a matching cap, Baguette themed locket necklace, Baguette handbag and fluffy clogs.

According to WWD, Jones first thought up the collaboration with Tiffany (whose flagship sits across the street from Fendi’s newly opened flagship on Fifth Avenue in Manhattan) after realizing that the Baguette bag was also the shape of a diamond.