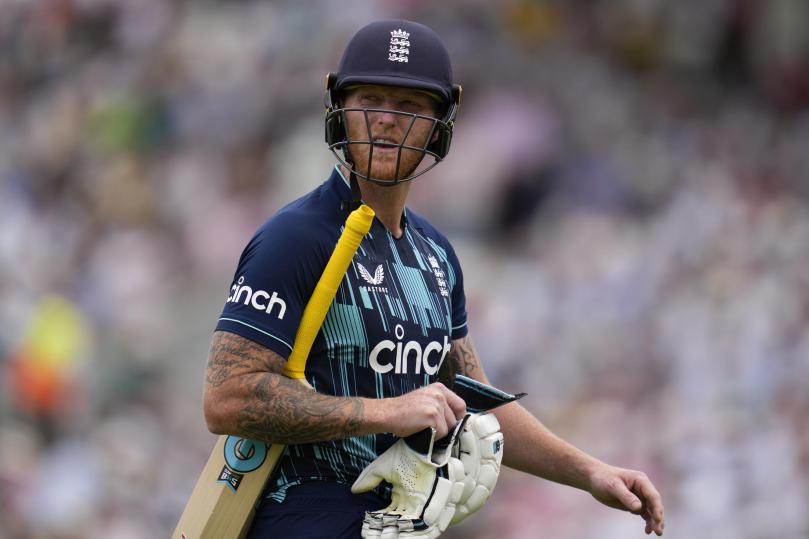 Ben Stokes Retirement: Ben Stokes hopes ODI retirement serves as warning to cricket- Ben Stokes said on Tuesday he hopes his retirement from one-day internationals will serve as a warning to cricket chiefs over an increasingly congested global schedule, with the allrounder insisting players “are not cars, you can’t just fill us up”. Follow InsideSport.IN For more updates

Stokes was a central figure in England’s 2019 World Cup final triumph, their greatest moment in 50-over cricket.
But Stokes is making his 105th and final ODI appearance against South Africa on Tuesday — a match taking place at his Durham home ground.

Test captain Stokes announced his ODI retirement on Monday with a notably pointed comment that England’s current fixture schedule was “unsustainable” and that he could no longer give of his best in all three international formats.

Stokes, who will continue to play Tests and T20 internationals, expanded on his decision to step away from the one-day game during a pre-match interview where he warned other players could follow his example.

“The more cricket that is played, the better for the sport, but you want a product that is of the highest quality,” he told BBC Radio’s Test Match Special.

“You want the best players to be playing as much as you possibly can, all the time.

“It isn’t just me or us, you see it all around the world now where teams are having to rest some players in a certain series so they feel like they are getting a break.

“We are not cars, you can’t just fill us up and we’ll go out there and be ready to be fuelled up again.”

Stokes, 31, added: “I just feel like there is too much cricket rammed in for people to play all three formats now.”

Tuesday’s game came midway through a gruelling England programme of 12 white-ball fixtures in 25 days this month, with the Test team playing seven matches in the 2022 home season.

Stokes, highlighting a fixture pile-up that saw England’s three-match ODI series away to the Netherlands take place in the brief gap between the second and third Tests against New Zealand, added: “We had a Test series and then the one-day team had a series going on at the same time — that was a bit silly.”

Stokes said his retirement from ODIs, three years on from his player-of-the-match display in England’s World Cup triumph and just over 12 months from their title defence in India, had come earlier than expected.

“With me being captain of the Test team and how much cricket we have coming up, I do have to look after my body… But hopefully when I am 35 or 36 and still playing Test cricket I’ll be very happy with this decision I have made.”

Since the pair took charge, England have swept a three-Test series against New Zealand before defeating India in the final match of a Covid-delayed series.

“I’m hoping and I’m betting that this is what gets him up to 120-plus Test matches.”