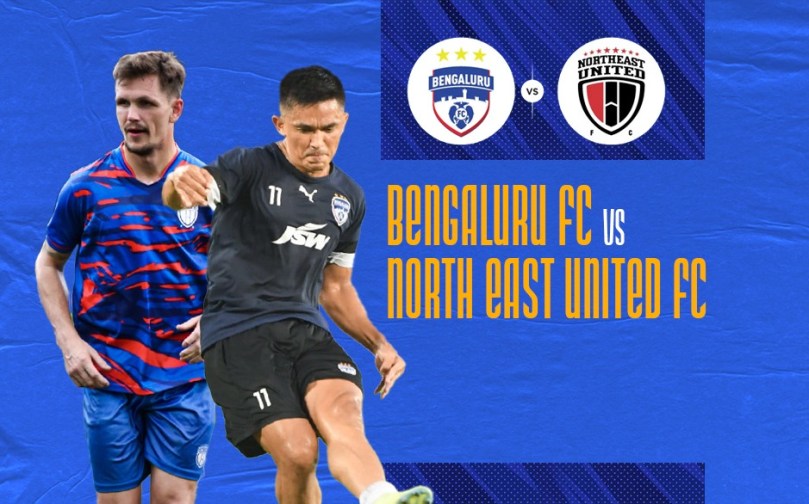 Also Read: ISL 2022-23: From Bengaluru FC to Hyderabad FC, a look back at previous victors of Indian Super League-Check Out

After finishing in the middle of the table last season, The Blues were inspired to make permanent changes. Bengaluru FC battled for a playoff spot finishing sixth in the India Super League standings. Despite amassing 29 points from 8 victories and 3 draws, it wasn’t judged sufficient.

Bengaluru FC parted ways with Marco Pezzaouli and hired coach Simon Grayson in an effort to achieve this. He successfully guided Chhetri and co. to the Durand Cup win.

“The fans, who have been like caged animals, are going to be released to create an atmosphere. It’s going to be a lot of enthusiasm and noise, and we can’t wait!” 🔥

Over East Bengal FC, NorthEast United FC placed last season in the bottom two. They only managed to win three of the games while drawing five others. The management was concerned about the defence because they gave up the most goals. The squad only managed to score 25 goals, while 43 were scored past them. The Highlanders hired Marco Balbul as their head coach in an effort to improve their own situation.

BFC vs NEUFC LIVE-Head to Head:

The Highlanders prevailed 2-1 in their most recent match with the other team. Deshorn Brown and Laldanmawia Ralte scored both goals for the North East squad in the game, while Cleiton Silva scored the only goal for the South team.

What time will the BFC vs NEUFC match begin?

All the Indian Super League matches will start from 7.30 PM IST.

Which TV channels will broadcast the BFC vs NEUFC match?

StarSports and StarSports HD TV channels will live broadcast the games in India.

How to watch the live streaming of the BFC vs NEUFC matches?

All Indian Super League matches will be live streamed on Disney+ Hotstar.