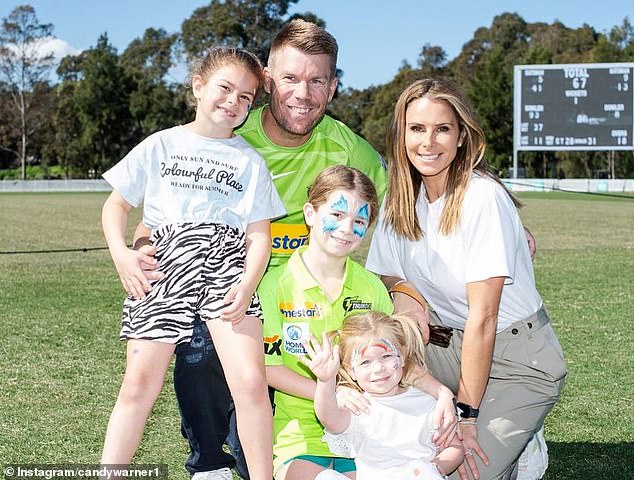 Aussie superstar David Warner has made a cryptic social media post after the Sydney Thunder confirmed he would not be their captain this Big Bash League (BBL) season.

The 36-year-old veteran opening batter was banned for life from taking any leadership roles in Australian cricket for his instigator role in the ‘Sandpapergate’ cheating scandal during the 2018 Test series in South Africa.

Cricket Australia recently made the controversial decision to change their code of conduct so previous penalties like Warner’s could be reconsidered. A decision hasn’t been made on whether his ban would be overturned.

Warner has been very vocal bout the fact his life ban should end because ‘he’s not a criminal’, and has complained that the saga has been ‘traumatic for him and his family’.

David Warner and wife Candace with daughters Ivy Mae, Indi Rae and Isla Rose after it was announced he would be playing for the Thunder this BBL season. He won’t be captain the club, however, with young prodigy Jason Sangha set to lead the side

A cryptic social media post on Tuesday morning, hours after the news he would not be the Thunder captain became public, could be construed as yet another defiant stand against his ban.

The opener posted a shot of a male lion above the quote: ‘Let the dogs bark, the lion is still king’, which he captioned simply ‘#roar’. 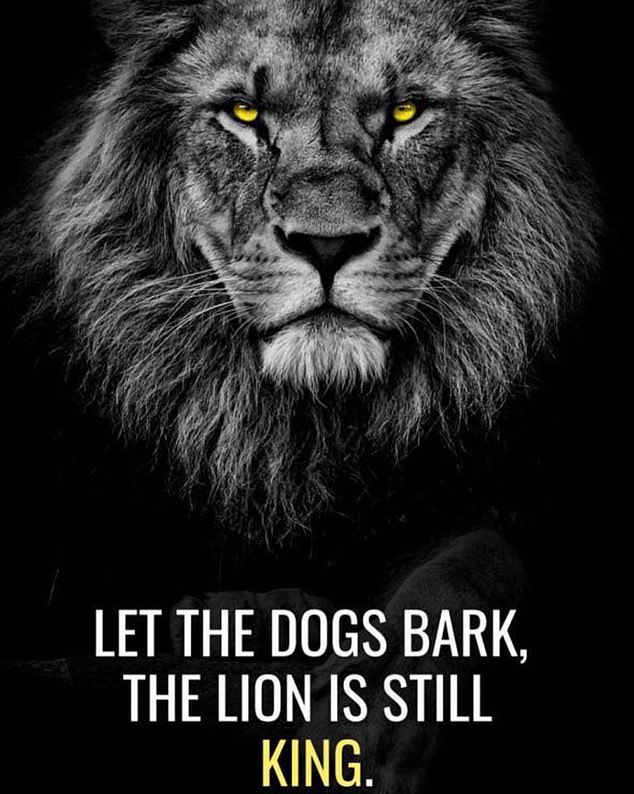 David Warner put a cryptic post up on his Instagram on Tuesday morning after news broke that he would not be captaining the Thunder. It could be construed as a defiant stand against his treatment after ‘Sandpapergate’

Those ‘dogs’ he is referring to could well be the media, former legends like Michael Clarke who have insisted he should not be captain and Cricket Australia.

Warner has been in very poor form over the past two years aside from a century against England in the nations’ recent ODI series.

The post came a day after he shared another ‘motivational’ image featuring a quote from the movie ‘Rocky Balboa’, which could also be construed as him standing up to the establishment. 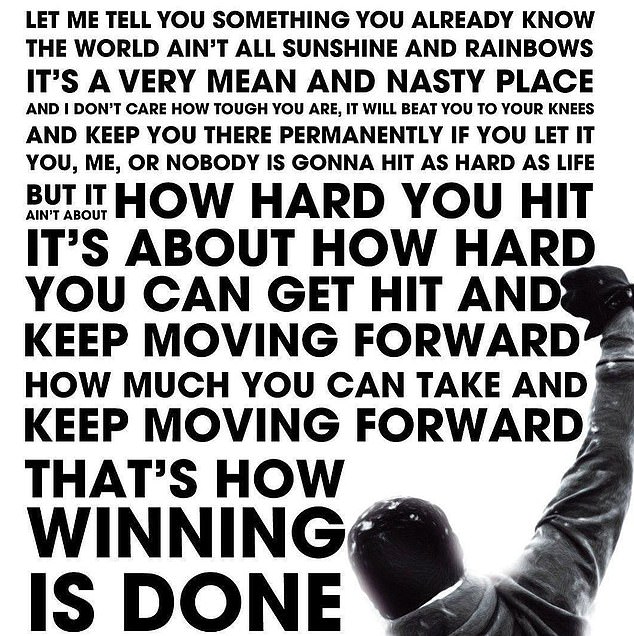 ‘Let me tell you something you already know. The world ain’t all sunshine and rainbows. It’s a very mean and nasty place and I don’t care how tough you are it will beat you to your knees and keep you there permanently if you let it,’ the image read.

Warner has made several cryptic Instagram posts about ‘Sandpapergate’ and his ban. 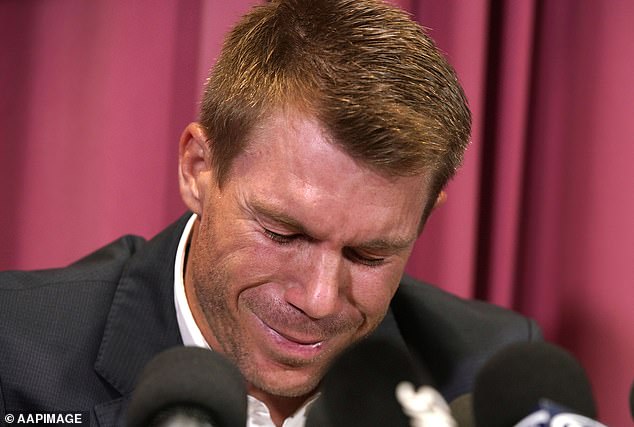 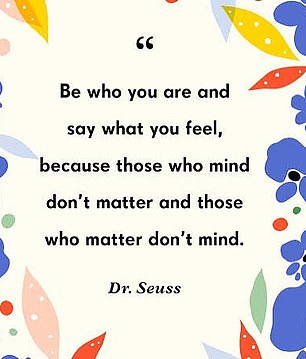 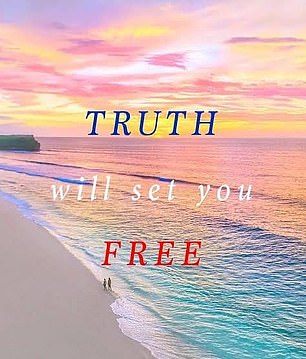 When the upcoming Test series against South Africa finishes up on January 8, Warner is set to appear in the BBL for the first time in almost a decade, and is easily the biggest domestic signing for the league in years.

When his signing was announced in August, it was immediately apparent that Warner may be the replacement for last season’s captain, Usman Khawaja, who joined the Brisbane Heat.

That will not be the case, with Thunder nominating 23-year-old batting prodigy Jason Sangha as their skipper at the season launch on Monday. 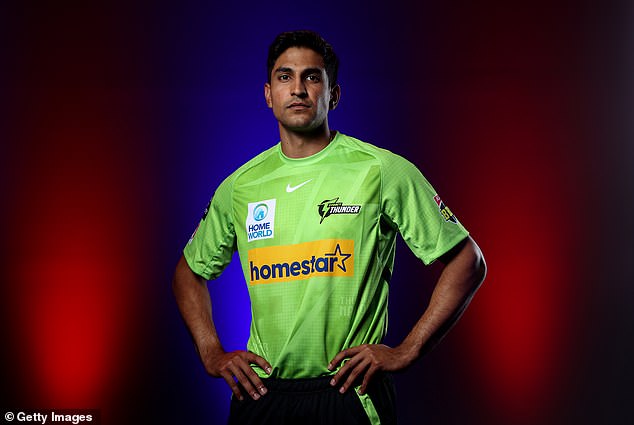 Batting prodigy Jason Sangha will captain the Thunder this season instead of Warner, though the New South Welshman said he will still be relying on his mentor a lot

‘If (the captaincy) does fall on my shoulders, I’d love to do it. It’s something that I’d be really thrilled to do,’ Sangha told AAP at the season launch in Sydney on Monday.

That said, Sangha was clearly looking forward to being captained by Warner at the Thunder after first playing with him in Sydney grade for Randwick-Petersham when the Aussie star was serving his ban from top-flight cricket in 2018.

At the time, the then-teenaged Sangha was coming through the grades and beginning to make a name for himself as a batting prospect.

‘He (Warner) taught me so much about the game and about the art of batting,’ Sangha said.

‘Whether you were playing first grade or fifth grade, he really made an effort to have a connection with everyone.’ 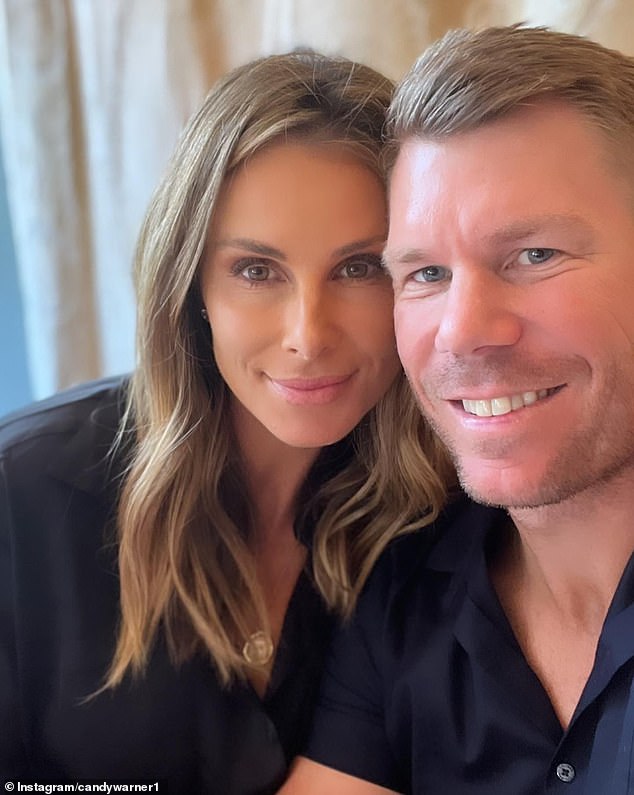 Though he may not have the official ‘C’ next to his name, Warner is still set to mentor the rising star.

‘T20 cricket really is very fast-paced, so to have someone with a level head who knows exactly what to do in certain situations, that will go a long way,’ said Sangha, who has now played 25 BBL games for a healthy batting average of 34.61.

‘Someone like him can not just empower me but empower a lot of our younger batters about the actual art of batting in T20 cricket and also the tactics, the game awareness, and being really smart about field plays and little things like that.

‘He just knows so much about the game.’

David Warner has only played a handful of games in the BBL, and last played for the Sydney Sixers way back in 2013

The Thunder will open the BBL season next Tuesday, December 13, when they take on the Stars at Manuka Oval in Canberra.

Warner last played in the BBL in 2013 for the Sixers, after captaining the Thunder in BBL01 and BBL03 across an interrupted stint.

He may not be playing for them yet, but there’s no doubt Thunder fans and pundits will stay glued to the television when he finally dons the lime green again.