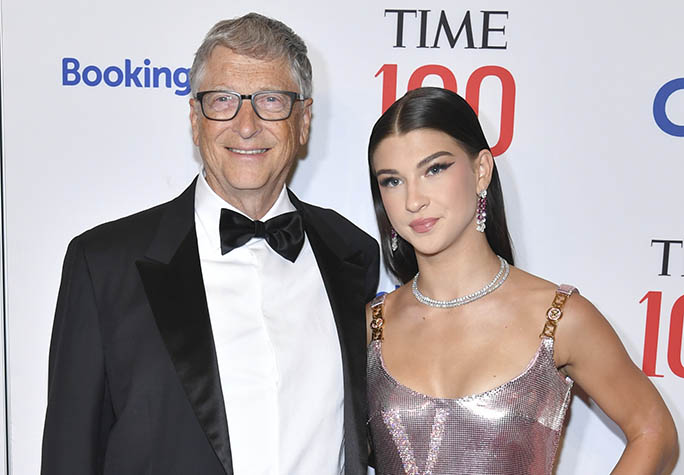 Phoebe Gates isn’t afraid to tell politicians to keep their bans off her body. And she’s encouraging her social media followers to do the same.

In a recent photo posted to Instagram, the 19-year-old daughter of Bill and Melinda Gates wears a white string bikini, with the top tied in a crisscross pattern around her neck. Gates wears her mid-length dark locks down in a center-part style, showing off a red pedicure.

While the photo may seem like your average summer swimsuit pic on the surface, Gates shares in the photo caption that she posted the bikini photo to celebrate her body — and advocate for women’s reproductive healthcare access.

“I’m not shy about my body and/or telling you to keep your bans off of it,” she wrote in the photo caption. “Every person deserves access to sexual and reproductive health care. Right now, the Supreme Court is prepared to end the constitutional right to abortion. Join me and millions of other women in our fight for this basic human right.”

RELATED: Amanda Seyfried Opens Up About Abortion Fight at Variety’s Power of Women Event: Safety of Women Is ‘Far Too Often Negotiable’

Gates posted two informative graphics along with the photo: one showing where in the U.S. abortion access is most threatened if Roe v. Wade is overturned and the other illustrating steps supporters can take to advocate for continued reproductive healthcare access for women across the country. Gates also tagged Planned Parenthood in the post, using the hashtag #BansOffOurBodies.

Gates recently attended the Time 100 Gala on June 14 with her father, wearing PVC sandals and a metal mesh Fendance dress, which is a piece from the Fendi by Versace capsule collection.

“So honored to attend #Time100 with my dad,” Gates wrote on an Instagram photo set of pictures from the night. “I felt so inspired by all these changemakers.”