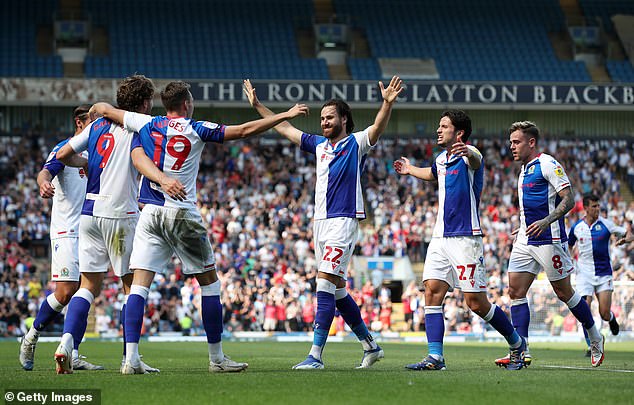 Blackburn are desperate to keep hold of Brereton Diaz but the likes of Leeds United, Bournemouth and Wolves have all expressed interest in the playmaker.

And it is not hard to see why as he was the big difference between two sides who worked their socks off in the hot and humid conditions in Lancashire.

Ben Brereton Diaz (centre) was in fine form for Blackburn, scoring and setting up another 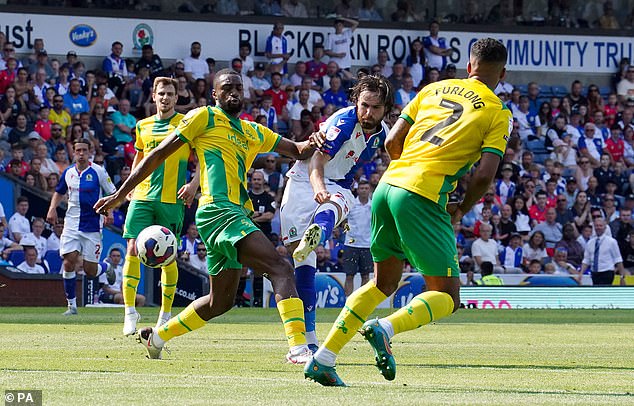 Brereton Diaz curled home a beauty before the break and set up Sam Gallagher for a wonderful second for Rovers as they won their first three league matches for the first time since 1988.

And Rovers head coach Jon Dahl Tomasson knows Brereton Diaz’s future is out of his hands.

He said: ‘I have said it many times, Ben is a great player and showed that today.

‘On the ball he is incredible, he has scoring ability but he is also very good at working hard for the team. He is doing that with a smile on his face. He almost smiles more about the sprinting he does than the goal.

‘He is doing a tremendous job but at the end of the day, money will decide what happens.’

West Brom flew out of the blocks and after just two minutes Darnell Furlong could have scored but nodded over from just four yards out following Jayson Molumby’s corner.

Rovers soon settled though and poured forward although Brereton Diaz went down in the area too quickly in a failed bid to buy a soft penalty.

The match kept opening up and after 17 minutes, West Brom again came close but Grady Diangana could only head Jed Wallace’s brilliant cross wide of the post.

Both teams then stopped for a water break to combat the sizzling 31C temperatures and the halt in proceedings threw both teams off their stride. 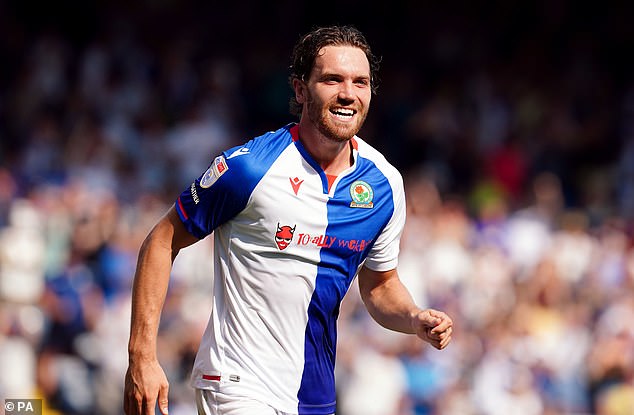 The Baggies eventually saw more of the ball and looked like favourites to open the scoring – until Brereton Diaz made all the difference just before half-time.

After a Rovers break forward, the ball fell to him outside the box and he curled home a cracking effort that David Button could do nothing about.

Rovers then doubled their lead straight after the break with a brilliantly worked goal that began in their own half.

Brereton Diaz was the maker this time as he ran hard towards the area, enjoyed a one-two with Tyler Morton and passed to Gallagher who could not miss from eight yards out. 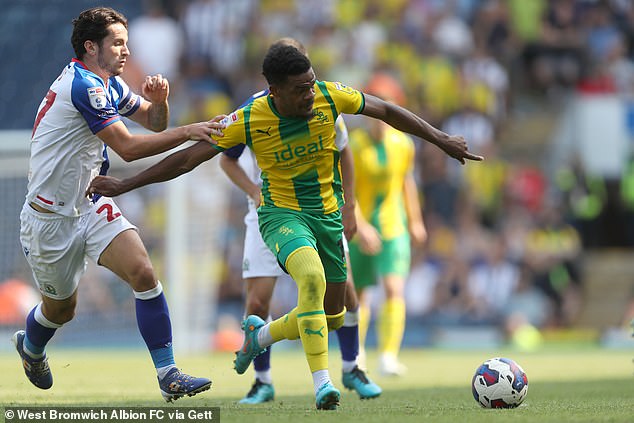 Grady Diangana pegged Blackburn back, but his side were unable to find an equaliser 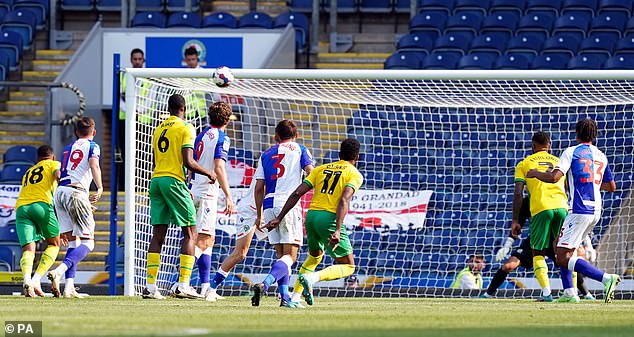 To West Brom’s great credit, they rolled their sleeves up and refused to surrender the match and their second half showing will have given Steve Bruce plenty of heart that the Baggies season will soon take off.

They ran themselves into the ground in the hot weather and dragged themselves back into the contest after 59 minutes when Diangana’s long-range shot took a huge deflection.

It really fired the visitors into life but Rovers knew a win would take them top of the league and they put in a huge defensive shift – including 11 minutes added time – to hang on for a superb victory that left West Brom boss Bruce baffled.

He said: ‘We had our chances, but the way we played I have no complaints. On another day we could have been worthy winners. 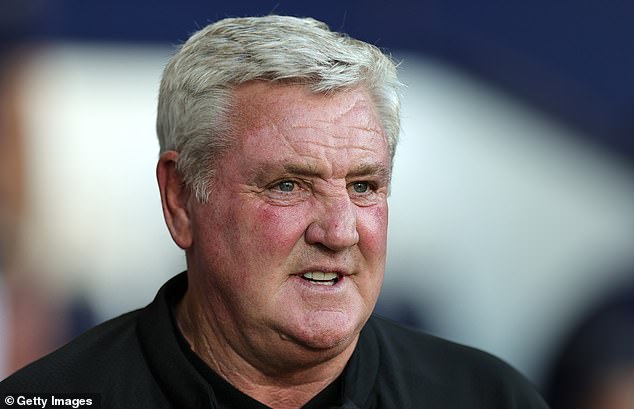 ‘Anybody neutral would have come away and thought, ‘How did Blackburn win that?’ It was one of those days.

‘We have not got the results we needed but the way we have played, I cannot ask any more.’