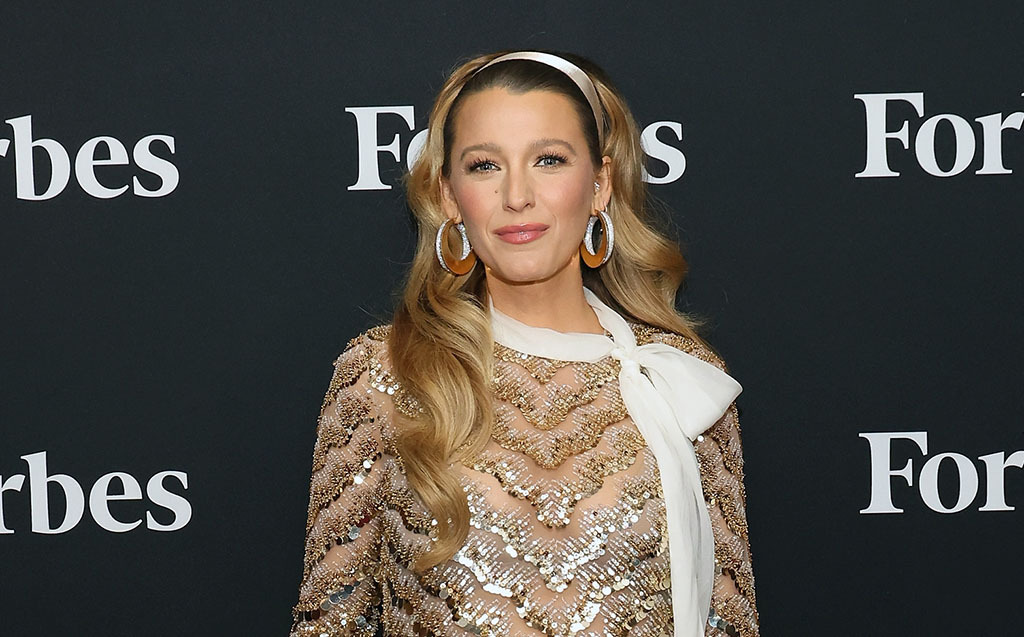 Blake Lively is taking a stand against paparazzi — and dressing up her new baby bump ins style while doing so.

Wearing a red one-piece swimsuit with whimsical rounded cutouts, the “Gossip Girl” star shared an Instagram photo dump on Saturday. The photos included the actress — with her newly announced baby bump —  relaxing by the pool and at home with husband Ryan Reynolds, as well as her sister Robyn and friends Taylor Swift, Samantha Stone. In later photos, she was also seen in a fluffy white robe, pink bikini, black underwear and sweatpants, plus a black and white floral dress. Lively’s post notably included a viral statement against paparazzi attempting to photograph her since she announced her and Reynolds’ newest addition.

“Here are photos of me pregnant in real life so the 11 guys waiting outside my home for a [unicorn emoij] sighting will leave me alone,” Lively stated. “You freak me and my kids out. Thanks to everyone else for all the love and respect and for continuing to unfollow accounts and publications who share photos of children. You have all the power against them. And thank you to the media who have a ‘No Kids Policy.’ You all make all the difference. Much love! Xxb.”

The “A Simple Favor” actress has been a longtime fixture on the fashion scene, stemming from her glamorous style and close friendships with designers like Louboutin and the late Karl Lagerfeld. Lively previously served as the face of L’Oreal and Gucci’s Gucci Premiere perfume, as well as Chanel’s Mademoiselle handbag line, in the early 2010’s. She’s also a front row regular at Fashion Month, appearing at shows for brands like Michael Kors, Gucci and Dior, among others.

PHOTOS: Click through the gallery for more of Blake Lively’s hottest shoe moments over the years.