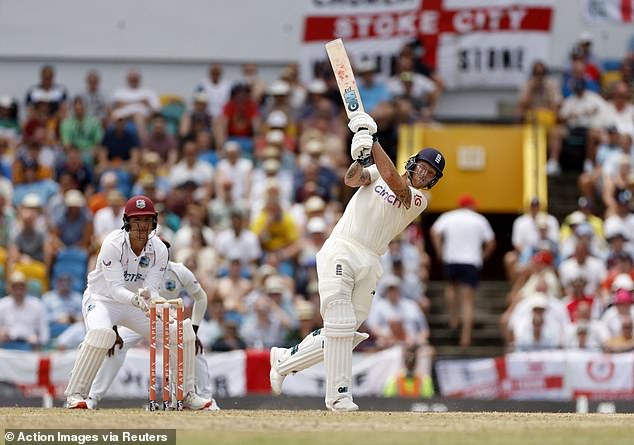 England took complete control of the second Test against the West Indies as Ben Stokes and Joe Root scored at will in the first session on day two.

Resuming on 243 for three after Dan Lawrence succumbed in the final over of the day on Wednesday, England added another 125 runs without loss in a dominant morning session.

In scenes reminiscent of his extraordinary double ton in Cape Town in 2016, Stokes, who had started the day on 0 after facing just one ball on Wednesday, took on the West Indies bowlers as he scored 89 runs off just 92 balls.

Root, meanwhile, continued where he had left off on day one, passing 150 just before lunch after spending the morning largely playing second fiddle to his teammate.

Stokes dismantled the Windies attack with a ferocious assault, smashing 11 fours and four sixes in the process.

The pick of an exhilarating morning session for England was the 113th over, when the 30-year-old proceeded to hit Alzarri Joseph for three consecutive boundaries to bring up the 100-run stand with Root.

Stokes then lifted West Indian seamer into the stands with an outrageous one-legged six to pass the 5,000 Test runs milestone. 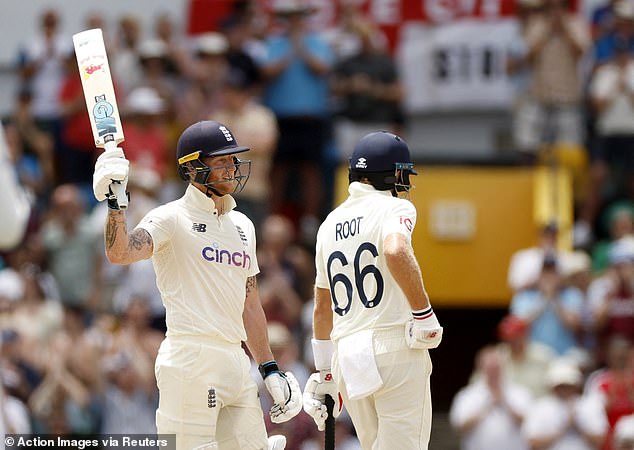