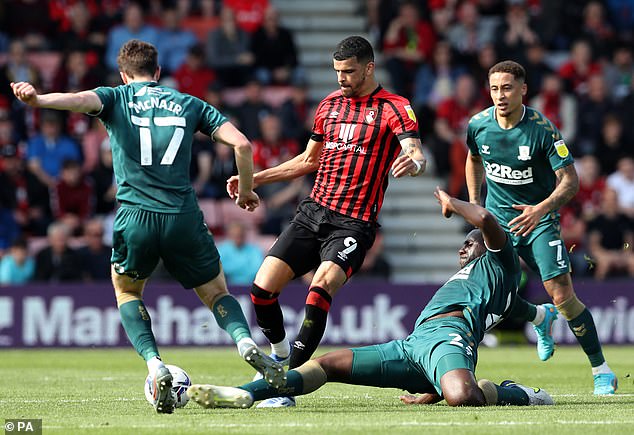 Bournemouth 0-0 Middlesbrough: Chris Wilder’s promotion chasing side miss opportunity to move into a play-off spot after stalemate at the Vitality Stadium – as Cherries make it three games without a win

Bournemouth were held to a 0-0 draw with Middlesbrough in a top of the table Championship clash on Friday.

Cherries’ midfielder Jefferson Lerma came closest to breaking the deadlock midway through the second half after his header from a corner rattled the crossbar and deflected wide.

Chris Wilder’s side could have moved into a play-off spot with a win – after Sheffield United’s loss to Reading and Blackburn’s defeat away at Peterborough. 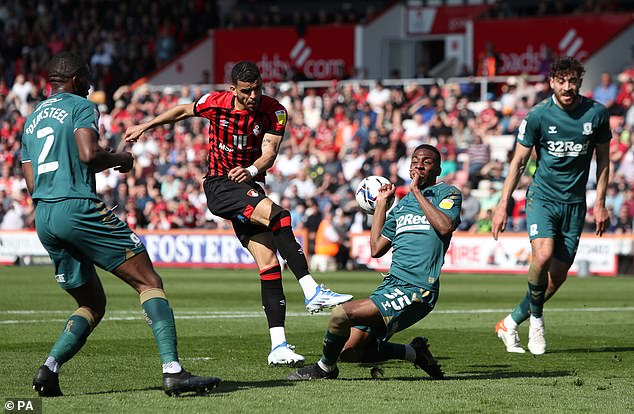