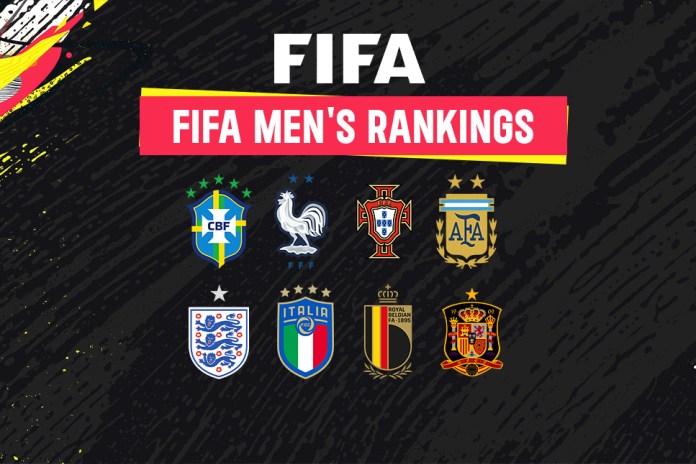 FIFA Rankings: Check the latest FIFA Rankings here – In the FIFA World rankings, Brazil are now back in first place for the 1st time since June 2017, followed by Belgium, France, Argentina, England, Italy, Spain, Portugal, Mexico, and the Netherlands, making the top 10. Others that made the list from 11-20 positions are Denmark, Germany, Uruguay, Switzerland, USA, Croatia, Colombia, Wales, Sweden, and Senegal. India drop two places and are currently ranked 106th. Follow InsideSport.IN for the latest sports news and updates.

The Indian national team are now ranked 106th in the latest FIFA men’s rankings released on Thursday. Igor Stimac’s men were 104th through the previous three editions of the rankings despite not playing any games since clinching their eighth SAFF Championship title in October 2021.

India, preparing for their third round 2023 AFC Asian Cup qualifiers to be held in June, recently played two international friendlies against Bahrain (89) and Belarus (93, +1) and lost both games 2-1 and 3-0 respectively.

Despite failing to qualify for the 2022 World Cup in Qatar, Egypt have moved up two spots in the March FIFA ranking. In the last FIFA ranking in February, The Pharaohs were 34th on the international ladder, sitting fourth among the African nations.