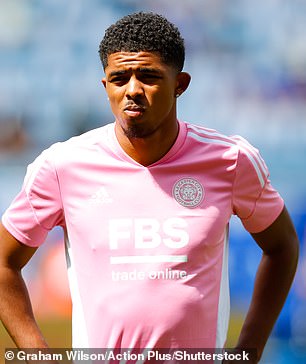 Leicester boss Brendan Rodgers has confirmed Wesley Fofana and Youri Tielemans were left out of the team to face Southampton as they’re not in the right frame of mind, amid reports linking them away from the club.

The pair both started in last week’s loss to Arsenal but neither were in the team for the visit of Southampton on Saturday afternoon.

Fofana, who has been linked heavily with Chelsea, was not in the squad at all, while Tielemans had to settle for a place on the bench. 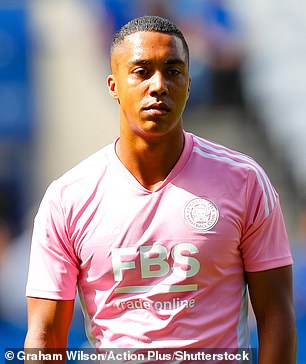 When asked about the changes, Rodgers told Sky Sports: ‘One, a change in system and two, I mentioned in the week, we’re coming into a Premier League game and maybe we’ve got players who are maybe not quite in the right frame of mind.

‘You can’t carry them, or certainly we can’t. So yeah, that’s the reason for the changes.’

Chelsea have submitted two bids for Fofana of up to £65million, both of which have been rejected by Leicester, who are looking for a fee in excess of the £80m they received from Manchester United for Harry Maguire three years ago – the current world record for a defender. 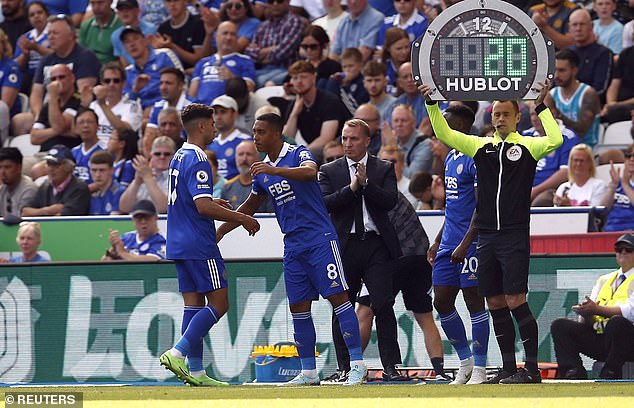 It is unclear whether Chelsea are prepared to meet these demands, despite their need for a centre-back and Fofana’s clear wish to join them.

Leicester have yet to sign a senior outfield player this term and as well as the offers for Fofana, they have also turned down two bids from Newcastle for midfielder James Maddison.

Meanwhile, Tielemans has just a year remaining on his current deal and looks unlikely to renew his contract at the King Power Stadium. 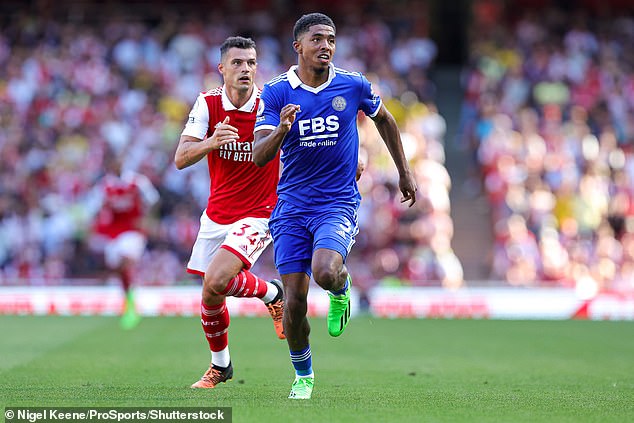 Leicester are looking for a fee in excess of the £80m for Fofana, who is a target for Chelsea

The Belgian midfielder has been heavily linked with Arsenal throughout the summer but it remains to be seen whether Mikel Arteta’s side will table a bid with just under two weeks remaining of the transfer window.

Tielemans joined Leicester from Monaco, initially on loan, in 2019 and has been at the heart of the club’s success in recent years.

He has made 160 appearances in all competitions for the Foxes, with 24 goals and 24 assists while helping the club clinch the FA Cup in 2021.