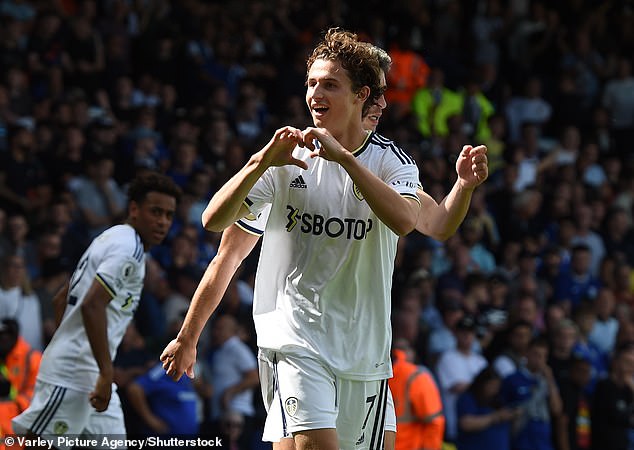 ‘Americans can play football too!’: Brenden Aaronson says US presence in the Premier League ‘is going to get better’ after starring for Jesse Marsch’s Leeds in 3-0 win vs. Chelsea

After making history as the first American to score a Premier League for an American coach, Brenden Aaronson told the rest of the division ‘this is only the start’.

Aaronson pressed Chelsea goalkeeper Edouard Mendy into losing possession for him to score from close range, becoming the first American to score for an American coach – Jesse Marsch – in the history of the Premier League.

Aaronson also became the first American to score for Leeds in the Premier League. His side ran out as 3-0 winner in the end, with Rodrygo and Jack Harrison scoring the other goals. 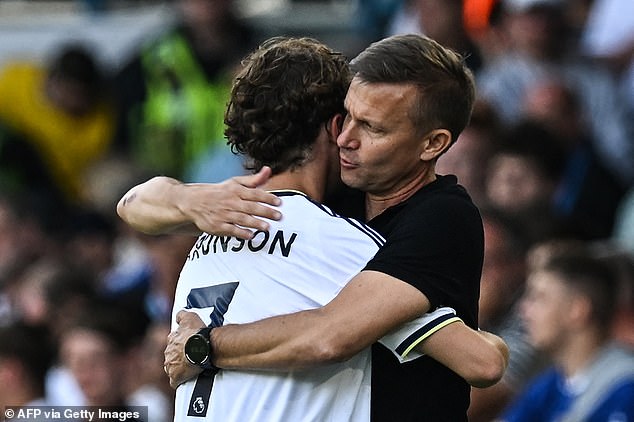 He is the first American to score for an American coach, Jesse Marsch, in the Leeds win

Speaking afterward to NBC in the tunnel after the win, Aaronson said: It goes to show people around the world that Americans can play football too.

‘We are playing for a Premier League team, getting goals and assists and the coaching side too. There’s more and more talent, it’s a great start and it’s going to get better.’

Victory keeps Leeds unbeaten from its first three matches of the Premier League season and it has a tally of seven points after two wins and one draw.

It was the team’s off the ball pressing that was so impressive on Sunday and that was demonstrated best by Aaronson chasing down Mendy to disposses him for the first goal.

‘The message was we are going to press them, not stay back. We are going to go after them and that sums up this goal,’ Aaronson said. 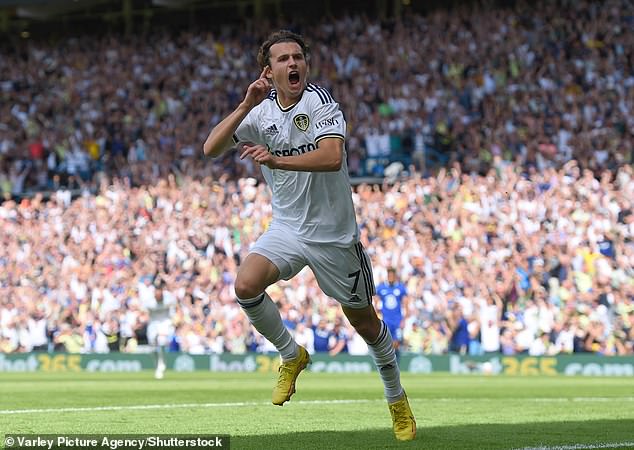 ‘I think who want sit more? Making this final step is something Jesse always talks about. I learned the skill with Salzburg and now the whole squad is learning it and it is paying off.’

Aaronson is settling fast at Leeds after his summer move from Austrian team Salzburg and the 21-year-old believes he has much more to offer.

‘It’s a dream come true,’ Aaronson said of life at Leeds. ‘To begin with, I couldn’t ask to be a better club with better fans and a better group of guys who were so welcoming. I am ready more.’