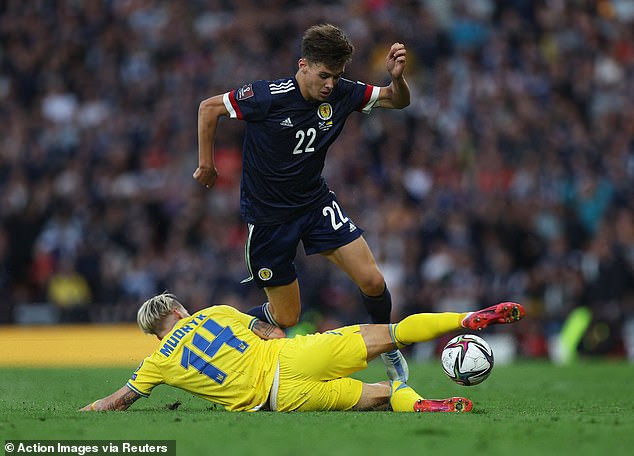 Brentford complete £14m capture of Scotland defender Aaron Hickey from Bologna on a four-year deal, as Thomas Frank makes his first signing of the summer

Brentford have completed the signing of 20-year-old full back Aaron Hickey.

The defender joined the Bees late on Friday for a reported £14million fee subject to international clearance, with the deal confirmed this morning.

Hickey is a full Scotland international and has signed a four-year deal at the Brentford Community Stadium. 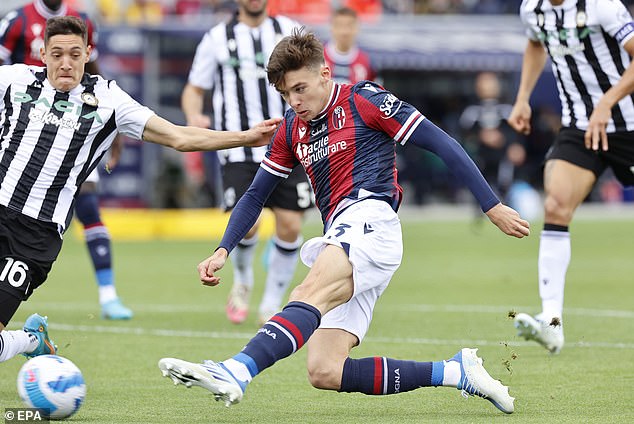 Hickey has four caps for Scotland and featured in their World Cup qualifier against Ukraine in June.

Born in Glasgow,  Hickey spent time in the youth system at Hearts before joining Celtic’s academy.

He re-joined Hearts before making a first team appearance, and made his debut for the Edinburgh-based club in May 2019.

He signed for Bologna in 2020 for £1.5million and made 48 appearances across two years for the Italian club, scoring five goals.

He was also nominated for the Golden Boy award in 2021. 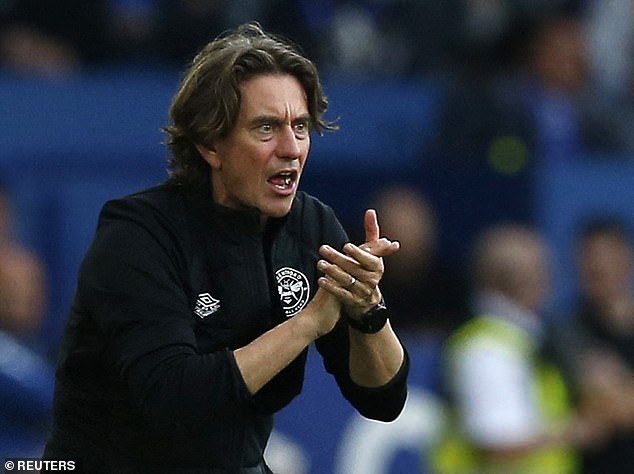 Upon the completion of the signing, Brentford manager Thomas Frank told the club website: ‘I am very pleased that we have managed to sign Aaron. What he has already achieved in his career is very impressive. He is only 20 and has played a full season in Scotland as well as almost two seasons in Serie A.

‘We think that Aaron is a player with great potential, who already has an impressive number of games at a good level under his belt.

‘We believe that we have proven we are a good club for players to maximise their potential. We think we can help him be even better.

Hickey is a versatile defender who can play on either side as well as central midfield.

Frank added: ‘Aaron is a rare thing in modern football in that he is equally good with both feet. He is an attacking full back that has good creativity, he is a great crosser of the ball, and scored goals in Serie A last year.’