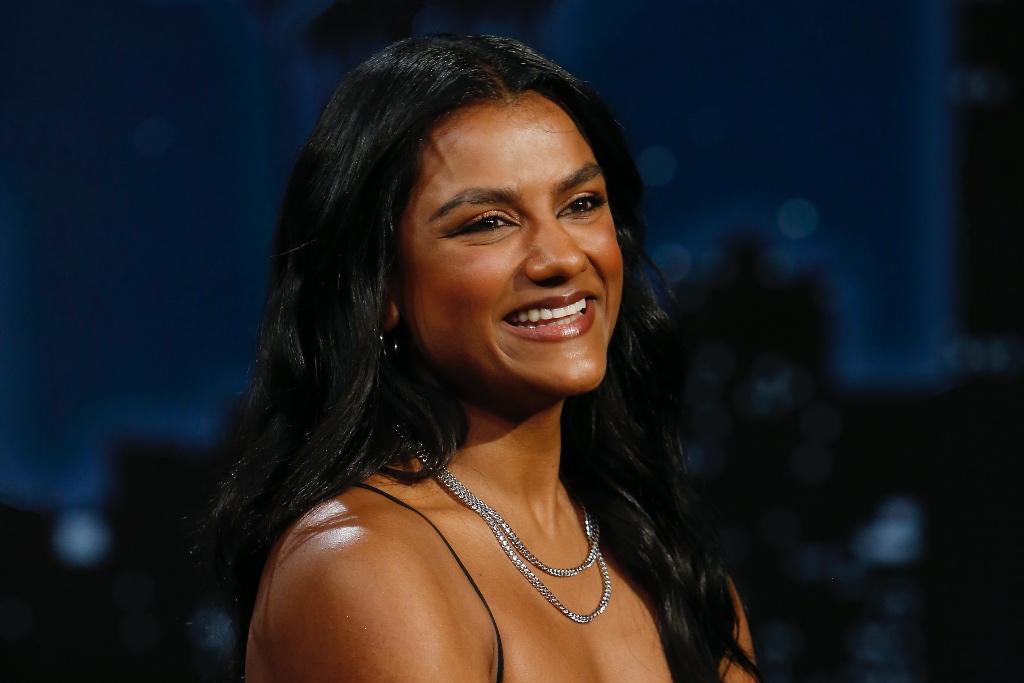 Simone Ashley discussed her quarantine hobbies during her time on “Jimmy Kimmel Live!”

The “Bridgerton” star hit the late-night show on Monday night to talk about her role on the hit Netflix period-piece series.

The “Sex Education” actress wore a sheer black tank top from Nensi Dojaka paired with black high-waisted trousers. Ashley also wore layered silver chain necklaces and silver hoop earrings during her appearance. For her footwear, she added black heels with a pointed toe and an ankle strap for support.

She also talked with Kimmel about the Vanity Fair Oscars Party, as well as her lockdown hobby she picked up. After growing tired of making banana bread and tie-dying, Ashley decided she wanted a tattoo. She purchased a rotary pen online and then Google searched, “How to do a tattoo at home,” and found a video that provided in-depth instructions on how to give oneself a tattoo.

“I was like, ‘Oh, this guy is using some really interesting stuff. Then I looked at the username, and it was called ‘PrisonTattoo.com,’” Ashley said. “I looked at his videos and I was like, ‘Wow, there’s an inmate making videos in prison.’”

Ashley has been gaining prominence since promoting the new season of “Bridgerton.” She plays Kate Sharma on the series, the star of this season. She’s been showing off her chic style while hitting red carpets and star-studded parties. She recently attended the 2022 BAFTAs in a hot pink jumpsuit by Valentino. She also wore a black and white fringe mini dress to the Vanity Fair Oscars Party on Sunday evening.