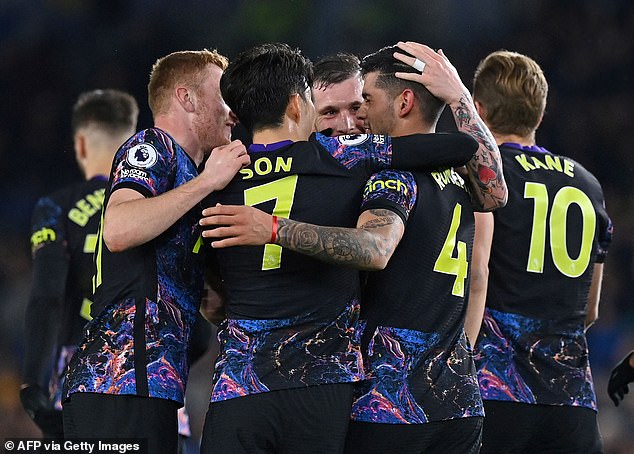 Now he has fully warmed up on the scoring front it is unwise to give Harry Kane too many chances.

Brighton got away with the first, Kane somehow, by his high standards, missing an early opening goal.

But the outcome was almost inevitable when he ran through on goal and was presented with a second. 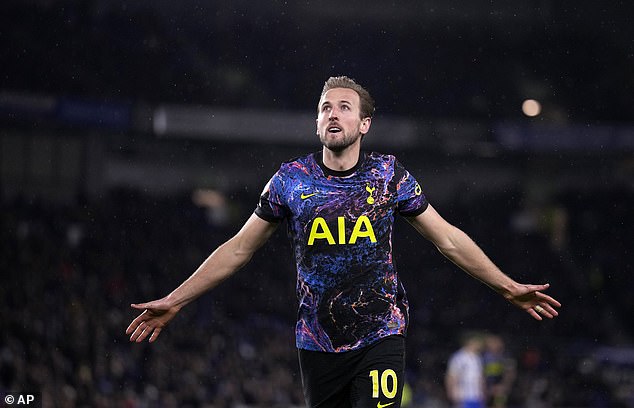 Brighton would not be so lucky again.

Challenged, along with his other senior teammates to step up by Antonio Conte if Tottenham are to stand any chance of finishing in the top four, Kane eventually responded to clinch victory for Spurs.

He now has 22 club goals for the season with 15 of them coming under Conte. He is certainly doing his bit.

Ever the taskmaster, though, more can always be done if you play for Conte.

Thanks to Kane and an earlier, lucky goal from Cristian Romero, there was a victory to appease their demanding manager as Spurs’s flip-flopping between wins and defeats continued. 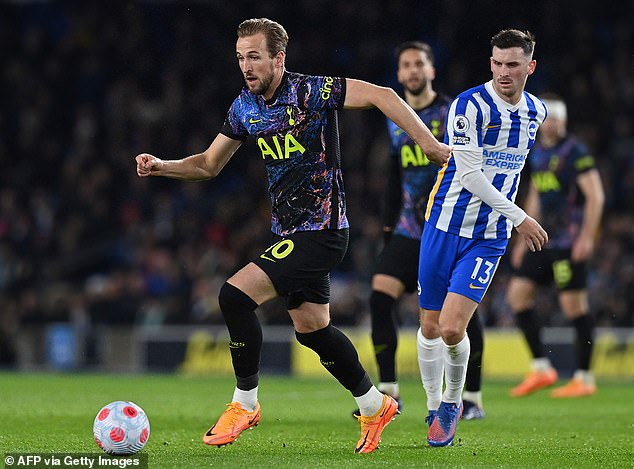 The way things have gone of late it was not the biggest surprise that defeat at Manchester United was followed by three points here, which took Spurs up to seventh above Wolves.

They were not overly convincing by any stretch but could have this wrapped up at the end of a first half book-ended by gift-wrapped chances.

Five minutes in Robert Sanchez took too long to clear a back pass and his eventual attempt was charged down by Kane.

Kane was first to the loose ball but could only produce a tame effort that dribbled apologetically wide of the far post.

In some mitigation, the chance fell to his slightly less-favoured left foot and he took it as he was running away from goal, the angle narrowing with very step. 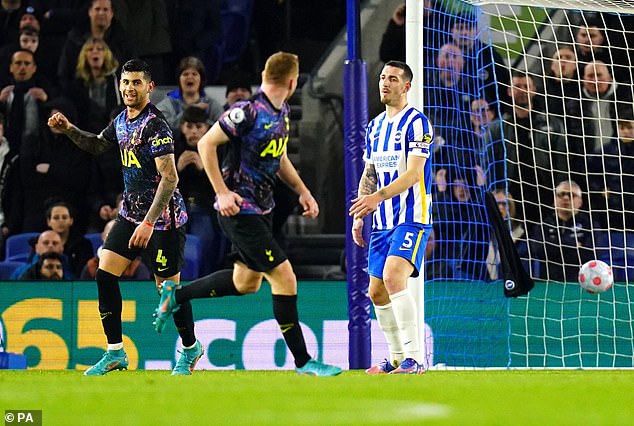 Though Kane’s left foot can hardly be described as weak and the net was empty. It was a chance he would have expected to take.

The same could be said of one that fell to Dejan Kulusevksi towards the end of the half.

As Shane Duffy also attempted to clear, this time a long ball, he instead headed it straight against the Swede and saw the ball drop perfectly into the path of Spurs’s January signing.

He ran through and also looked certain to score but Sanchez redeemed himself and bailed out his teammate with a one on one save with an outstretched leg.

Those misses meant Romero’s fortuitous goal was Spurs’s only reward from their first-half opportunities.

He knew nothing about it when Kulusevski’s time shot took a nick off his right leg as he stood with his back to goal but turned around to see that his touch had left Sanchez wrong-footed and diverted the ball away from the Spaniard and into the net.

Unlike his screaming-in-the-face celebration that followed Harry Maguire’s own goal at Old Trafford on Saturday, Romero was a little more sheepish when he did actually provide the telling touch.

With Brighton struggling, kicking off on the back of five successive defeats, there was tension and frustration bubbling just under the surface.

Their mistakes and performance were not helping it remain there. They had moments when it seemed they might build up a head of steam but they often fizzled out.

Not long after Sanchez almost gifted Spurs a goal, Rodrigo Bentancur almost did the same when he nearly bizarrely booted the ball into his own net from 35 yards.

Leandro Trossard, who was lively in fairness for Brighton, had a shot deflected over and Alexis Mac Allister a shot that was blocked by Eric Dier, left bleeding and bandaged after an early whack in the face from Neal Maupay. 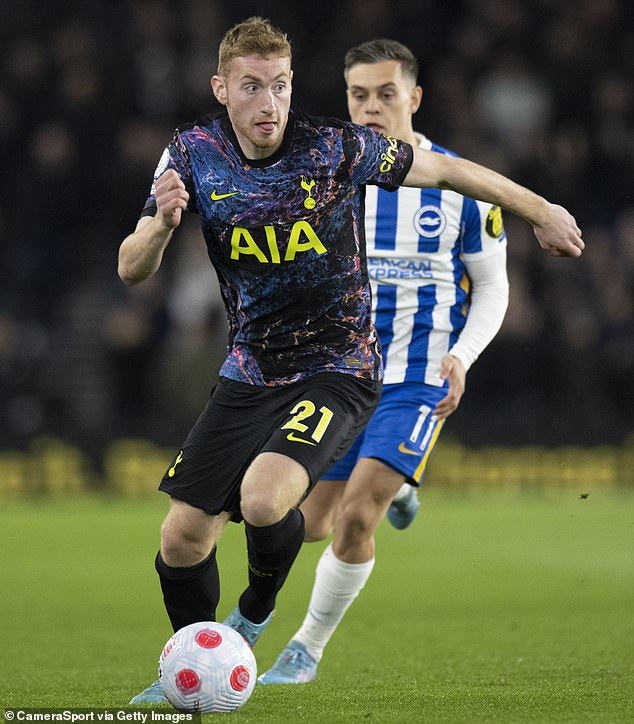 It ricocheted back out and brushed against the arm of Bentancur after he also slid in to try and block but, despite some appeals, it was not deemed worthy of a VAR review for referee Robert Jones.

Some strong words had seemingly been said based on the greater purpose in Brighton’s start to the second half though there were threatening situations for Spurs too on the counter.

And from one such break their second goal came. Brighton had what appeared to be a decent shout for a penalty when Duffy’s header hit both of Pierre-Emile Hojbjerg’s hands.

Again the officials were not interested. But Kane was, very much so, in the chance that came his way when Spurs broke up the other end.

The impressive Bentancur sent him through, Sanchez hesitated for a split-second and that was all Kane needed.

He took full advantage, sliding the ball clinically past the Brighton keeper and karate kicking a Coke bottle that dropped his way after being thrown from the away end in celebration.

Equally, Spurs could have extended their lead further but Sanchez denied Sergio Reguilon twice and Kane.